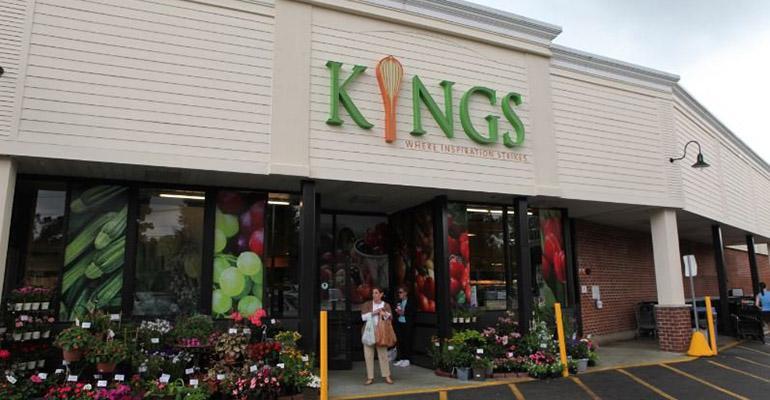 Kings
Kings operates 25 specialty gourmet supermarkets, including 23 in New Jersey, one in New York and one in Connecticut. The Balducci’s chain has 10 gourmet market stores in New York, Connecticut, Maryland and Virginia.
News>Retail & Financial

Albertsons Cos.’ Acme Markets plans to acquire 27 Kings Food Markets and Balducci’s Food Lover’s Markets for $96.4 million in cash under a bankruptcy auction.

Malvern, Pa.-based Acme said Wednesday that it expects to finalize the transaction later this fiscal year, pending customary closing conditions and regulatory and court approvals. KB US Holdings, parent of Kings and Balducci’s, put the chains up for sale in August upon filing for Chapter 11 bankruptcy protection.

Related: Parent of Kings Food Markets, Balducci’s up for sale with Chapter 11 filing

At the time of its Chapter 11 filing, Parsippany, N.J.-based KB Holdings — whose majority owner is GSSG Capital Corp. — said it had accepted a $75 million stalking-horse bid for the Kings and Balducci’s stores from New York investment firm TLI Bedrock. But in an Oct. 14 bankruptcy court filing, the stalking-horse bid was designated as the backup bid.

Plans call for the upscale Kings and Balducci’s grocery stores to retain their banners and become part of Albertsons’ Mid-Atlantic division, which operates Acme and Safeway supermarkets on the East Coast. 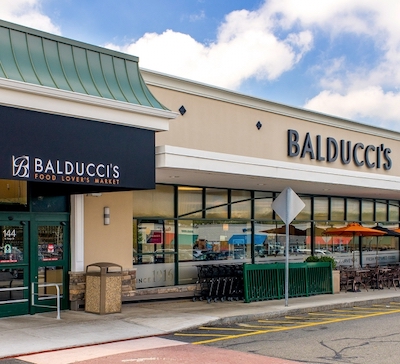 The Balducci's stores had been acquired by Kings Food Markets in 2009. (Photo courtesy of Balducci's)

“We look forward to welcoming Kings Food Markets and Balducci’s Food Lover’s Markets and the gourmet expertise they are known for into our family,” Jim Perkins, Mid-Atlantic division president for Boise, Idaho-based Albertsons, said in a statement. “Our company has a history of managing small, differentiated chains that offer an elevated experience, like Andronicos and Haggens in the western U.S. When we leverage their team’s expertise and continue to deliver what their customers want, these stores can thrive. We are excited to add these two premium, gourmet banners to our East Coast operations and plan to continue to operate the stores as Kings Food Market and Balducci’s Food Lover’s Market, respectively.”

Known for its fresh and prepared foods, Kings operates 25 specialty gourmet supermarkets, including 23 in New Jersey, one in New York and one in Connecticut. The Balducci’s chain currently has nine gourmet market stores in New York, Connecticut, Maryland and Virginia, including Balducci’s Gourmet on the Go locations at Philadelphia Airport and Johns Hopkins Hospital.

KB said Wednesday that the 27 Kings and Balducci’s stores will be sold on a going concern basis to Acme. The remaining locations remain up for sale.

“We are so pleased that with this successful bid from Acme that both the Kings and Balducci’s brands will continue their proud traditions of offering the finest food and premium service for our customers for years to come,” Judy Spires, CEO of KB US Holdings, said in a statement.

KB had “experienced significant challenges” in the years leading up to the Chapter 11 filing, according to M. Benjamin Jones, senior managing director at Ankura Consulting Group, which the retailer engaged in November 2018 as a financial adviser to evaluate strategic options for the business. Challenges included rising competition in the grocery retail sector, low earnings and a heavy debt load, which impaired KB’s ability to invest in its stores and technology infrastructure, Jones explained.

The nation’s second-largest U.S. supermarket operator, Albertsons has 2,252 retail stores, 1,726 pharmacies and 402 fuel centers in 34 states and the District of Columbia.