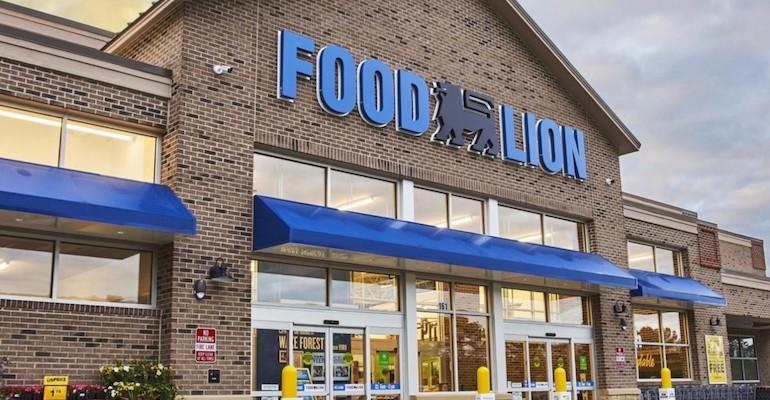 Ahold Delhaize
Food Lion has reopened all locations under a 62-store acquisition from Southeastern Grocers, as well as secured and reopened another nine stores from SEG.
News>Retail & Financial

Related: More Philadelphia stores on the way from The Giant Company

U.S. comparable-store sales inched up 1.5% overall and 1.7% excluding fuel. The company said comp sales got a lift from COVID-19-related demand, namely in January and February, and reflect a 1.7 percentage point uptick from the impact of calendar shifts and inclement weather.

First-quarter results were partially offset by the cycling of consumer stockpiling purchases at the beginning of the pandemic during the 2020 quarter, when Ahold Delhaize USA posted growth of 13.7% in net sales and 13.8% in comp-sales excluding fuel, with the latter including a 33.8% surge in March.

“Although COVID-19 continues to impact our results positively, we’ve now entered a period where our year-over-year growth rates are affected by the lapping of difficult prior-year comparisons. That said, we began 2021 in a strategically much stronger position than before COVID-19 pandemic began,” Ahold Delhaize President and CEO Frans Muller told analysts in a conference call on Wednesday.

“Overall, we are very pleased with the underlying first-quarter performance in both the U.S. and Europe,” he said. “Our two-year comparable-sales stack sequentially accelerated in the first quarter of 2021 versus Q4 2020, in both the U.S. and Europe, as we’ve been able to retain a strong level of underlying consumer demand and continuing to adapt to the enduring consumer behavior changes. These behaviors include increased working from home, preference for healthy and fresh products and, of course, higher online demand.”

The two-year comp-sales stack for Ahold Delhaize USA — including the Stop & Shop, Giant Food, Giant/Martin’s, Food Lion and Hannaford supermarket chains — showed growth of 15.5% for the 2021 first quarter, building on a 13.5% rise in the 2020 fourth quarter.

“We have held onto the high levels of consumer demand, even as we began to lap the COVID-19 impacts from last year. You can see here why that was the case, as comp-sales trends on a two-year stack basis were strong and better than pre-COVID levels. There was even an acceleration in momentum as we moved from Q4 into Q1,” Ahold Delhaize Chief Financial Officer Natalie Knight said in the call. “So we have good momentum, clearly demonstrating that our brands are continuing to execute very well in this fluid environment.”

Among the U.S. retail grocery brands, Food Lion led in first-quarter performance, with Stop & Shop’s upgraded locations also turning in a strong showing, according to Muller.

“The Stop & Shop remodeled stores continue to provide a sales uplift, and we expect to accelerate the number of remodels in 2021 to approximately 60 stores,” he said. “Food Lion achieved its 34th consecutive quarter of positive comparable-sales growth and has successfully added and opened all 62 of the Southeastern Grocers stores which we acquired in April. Also in April, we secured and opened nine additional locations that were previously closed by Southeastern Grocers.” 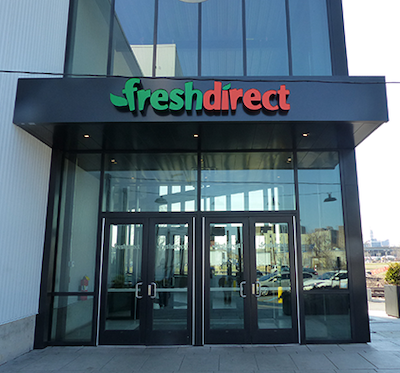 Even excluding the FreshDirect acquisition, Ahold Delhaize USA's e-commerce sales grew over 135% in the quarter.

E-commerce sales for Ahold Delhaize USA remained robust in the 2021 first quarter, up 188.3% (constant currency) to $1.03 billion from $357 million a year earlier, boosted in part by the acquisition of online grocer FreshDirect. The U.S. online sales gain topped growth of 42.3% and 128.5%, respectively, in the 2020 first and fourth quarters.

“In the U.S., we delivered accelerating levels of online growth of nearly 190%. Even excluding sales from FreshDirect, which we acquired in January, growth accelerated to 135%, and FreshDirect is progressing as planned,” Muller said. “We are in a good position to continue capitalizing on the high online demand, with our U.S. household coverage now 95% through home delivery and click-and-collect. We have household coverage of 94% for same-day options as well. And these are significant improvements in coverage over the prior year.”

More than half of U.S. online sales are from pickup service, Muller noted. “We are very proud with the progress made in the U.S. Ninety-four percent same-day availability is a big, big step forward compared to the last quarter and the last year. We see that click-and-collect is growing faster than delivery, although our delivery business is still growing at a very high rate,” he told analysts. “And click-and-collect growth means more profitable growth in the end. It’s a more profitable fulfillment model, of course, than the rather expensive last-mile delivery. We see in the total market more of a trend towards same-day — and, in the future, also more instant — compared to next-day services.” 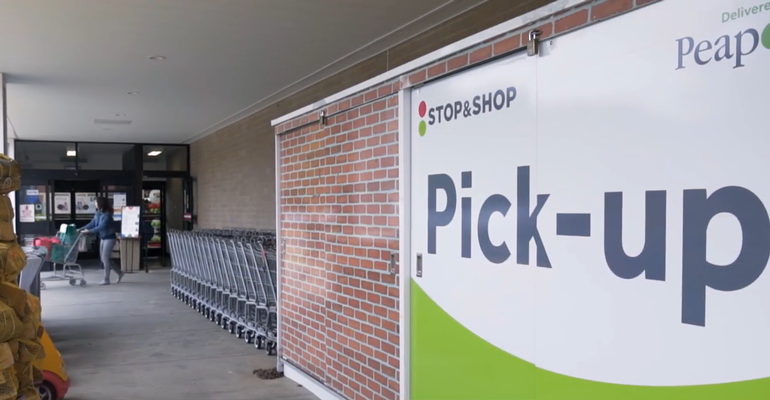 Ahold Delhaize USA has achieved 95% household coverage for click-and-collect and home delivery, with pickup representing over half of U.S. online sales.

“In 2021, we are continuing to increase our online capacity,” Muller said in the analyst call. “A few examples are the opening of more U.S. click-and-collect locations and the new home-delivery fulfillment center at Albert Heijn. We are moving forward with the launch of Ship2Me in the U.S. — our endless aisle offering of more than 100,000 general merchandise and food items — in the second half of this year. We’re expanding our no-fee home delivery service of our Albert Heijn Compact to additional markets in the Netherlands and are offering two-hour or less delivery in more cities in Greece and Romania.”

This year, Ahold Delhaize forecasts net consumer online sales growth of more than 40%  companywide, up from its previous estimate of 30%, and over 70% in the U.S. versus the prior projection of 60%.

“Improving omnichannel productivity also remains a high priority,” Muller added, “and we strive to improve online productivity by 20% this year through an end-to-end improvement of processes, systems, operating practices and innovation.”

As of the close of the 2021 first quarter, Ahold Delhaize had 7,204 stores in the U.S., the Netherlands, Belgium and Central and Southeastern Europe, compared with 7,002 a year ago, reflecting a net gain of 202. Ahold Delhaize USA ended the quarter with 2,028 stores, a net increase of 57 from 1,971 in the prior-year period, including 62 opened or acquired stores and five closed or sold stores.