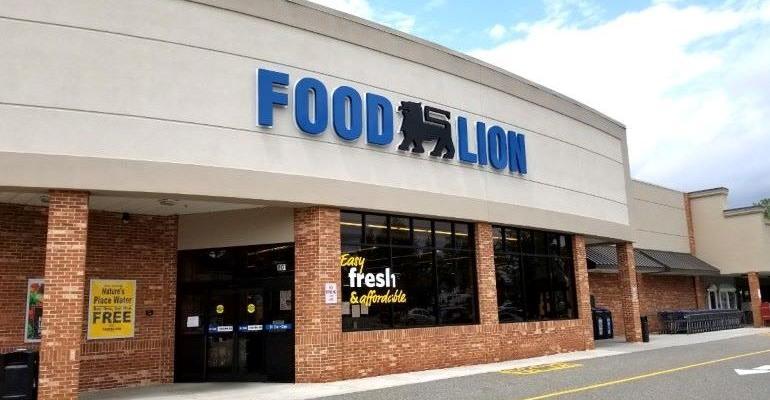 Food Lion
Plans call for the acquired Southeastern Grocers stores to remain open under those banners until the transaction is finalized in the first half of 2021 and then be converted to Food Lion stores.
News>Retail & Financial

Plans call for SEG to phase out Bi-Lo supermarket banner

Financial terms of the deal, announced Wednesday, weren’t disclosed. Plans call for the acquired stores — 46 Bi-Lo and 16 Harveys locations in North Carolina, South Carolina and Georgia — to remain open under those banners until the transaction is finalized in the first half of 2021, pending customary closing conditions, and then be converted to Food Lion stores.

The Bi-Lo distribution center being acquired is located in Mauldin, S.C. Food Lion said ADUSA Distribution LLC will serve the 62 acquired stores and its retail network through the Mauldin facility once the deal closes.

Following the sale, Bi-Lo will have 61 stores remaining in Georgia, North Carolina and South Carolina, and Harveys will have 30 stores in Florida, Georgia and the Carolinas. 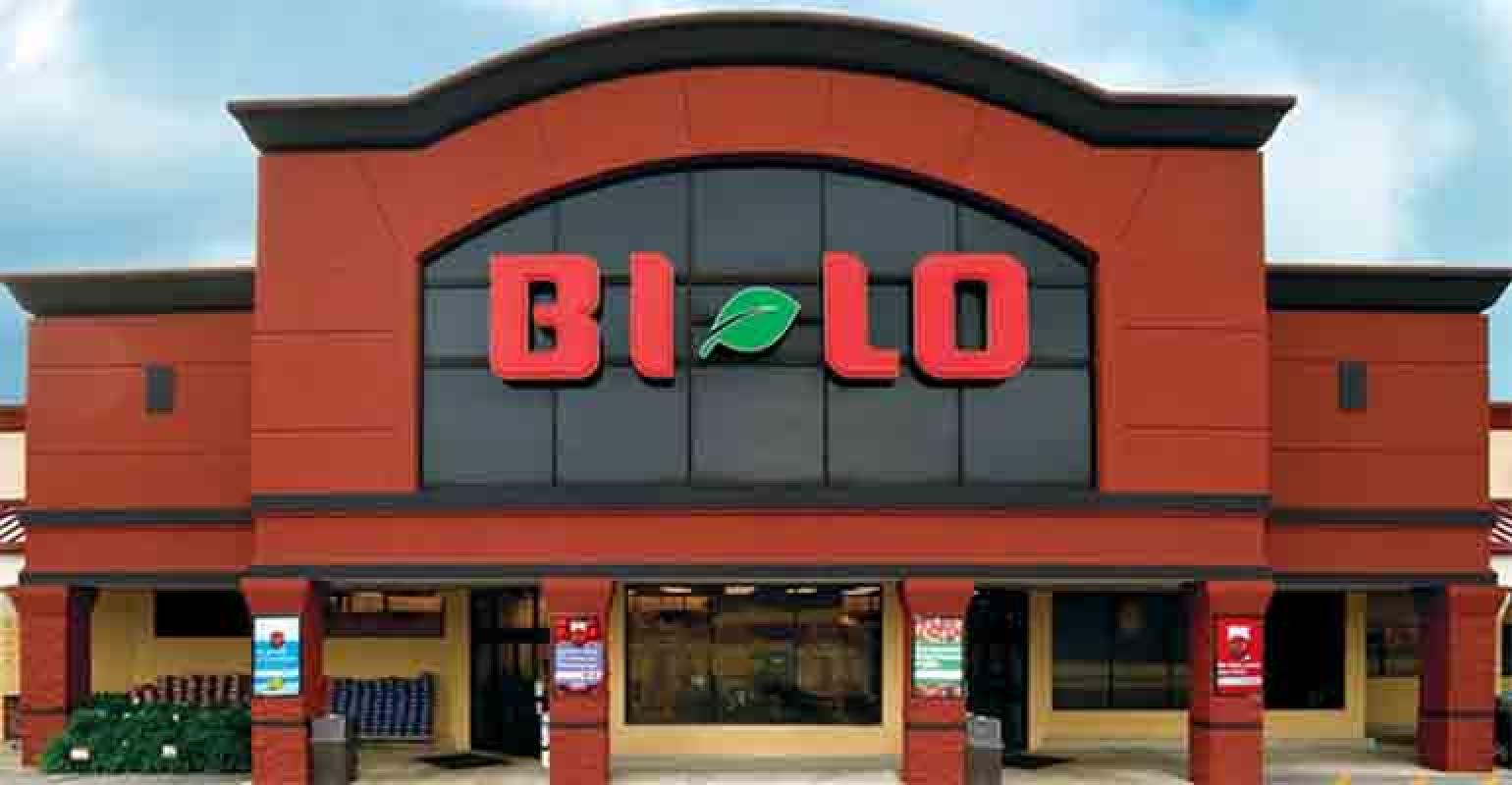 Southeastern Grocers has made the strategic decision to no longer operate stores under the Bi-Lo banner to allow for greater investment in growing the Fresco y Más, Harveys Supermarket and Winn-Dixie banners.

“The company continues to maintain momentum with its commitment to refreshing stores. Nearly 40% of the total store fleet has benefited from renewal in the past three years. The proceeds from this transaction will be used to further strengthen Southeastern Grocers’ balance sheet and grow SEG’s core banners,” a Southeastern Grocers spokesperson said in a statement. “The company has made the strategic decision to no longer operate stores under the Bi-Lo banner to allow for greater investment in growing the Fresco y Más, Harveys Supermarket and Winn-Dixie banners.”

With the acquisition, Food Lion will have nearly 700 stores in the Carolinas and Georgia, bolstering the Southeastern market share of Ahold Delhaize USA, whose other chains — Stop & Shop, Giant Food, The Giant Company, Hannaford and online grocery service Peapod — serve the Mid-Atlantic, Northeast and New England regions.

Salisbury, N.C.-based Food Lion operates more than 1,000 stores in 10 Southeastern and Mid-Atlantic states and has more than 77,000 employees.

“We are so excited to add these new locations to our more than 630 stores across Georgia and the Carolinas,” Food Lion President Meg Ham said in a statement. “We’ve been serving customers in these larger regions for almost 60 years. We’re thrilled to add these locations and serve even more towns and cities across these three states with fresh, quality products at affordable prices every day.”

Food Lion said the store banner conversion is slated to made over a staggered period from January to April 2021. The handover of the DC also is expected to be done in the first half of 2021. Also as part of the agreement, Food Lion plans to hire more than 4,650 workers to serve customers at the 62 acquired stores. 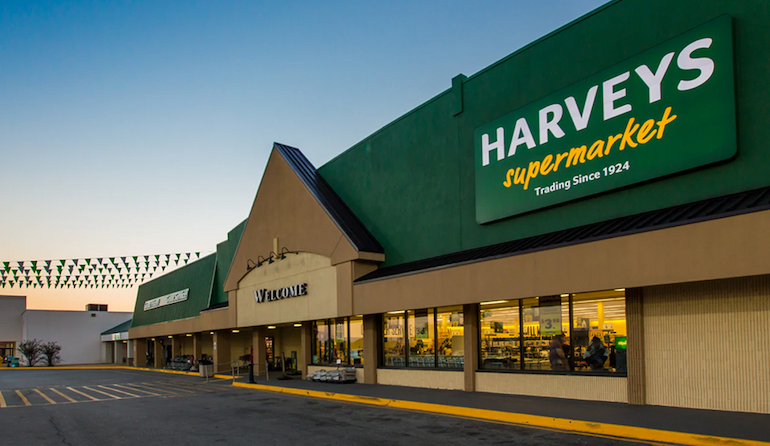 After the asset sale to Food Lion, Harveys will have 28 stores remaining in Florida, Georgia and the Carolinas.

New York-based PJ Solomon is serving as financial adviser for SEG. According to Scott Moses, managing director and head of food retail and restaurant investment banking at PJ Solomon, the decision to keep the Bi-Lo and Harveys stores open under their banners until early next year will help their communities as they continue to deal with the COVID-19 pandemic.

“It is an honor to work with [CEO] Anthony Hucker, [CFO] Brian Carney and the exceptional SEG team as they continue to protect grocery jobs for thousands of their teammates in hundreds of communities,” Moses said in an email on Wednesday. “SEG’s philanthropy and tireless altruism in support of the towns where they operate during this crisis — and so many previous local crises — have been extraordinary.”

Last week, SEG announced plans to open eight acquired stores under the Winn-Dixie banner in Florida before the end of this year. All of the new stores came from lease purchases during the bankruptcy proceedings of Lucky’s Market and Earth Fare, with SEG buying four locations from each chain. The stores acquired from Lucky’s are in Fort Myers, Gainesville, Lake Mary and Melbourne, and the former Earth Fare stores are in Boynton Beach, Jacksonville, Lakewood Ranch and Viera.

Including the acquired stores, Winn-Dixie is on track to open nine new locations this year. In February, the chain opened a new store in Jacksonville’s Brentwood community.

SEG, however, has continued to struggle against strong competition from fast-growing chains in the Mid-Atlantic edging south and from rival Southeastern chain Publix Supermarkets and mass merchants. In February 2019, SEG said it planned to close 22 underperforming Bi-Lo, Winn-Dixie and Harveys stores in the Carolinas, Georgia and Florida. The move came about nine months after SEG emerged from Chapter 11 bankruptcy under a restructuring plan that included the closing of 94 stores.

Still, SEG has continued to refresh stores across its retail network, including enhanced fresh departments at Winn-Dixie; grow its store-brand program, including the Naturally Better label; and expand the Fresco y Más chain, which now has 26 stores in Florida. The retailer also has launched a new loyalty program, SE Grocers Rewards, and expanded same-day online grocery services through Instacart and Shipt.