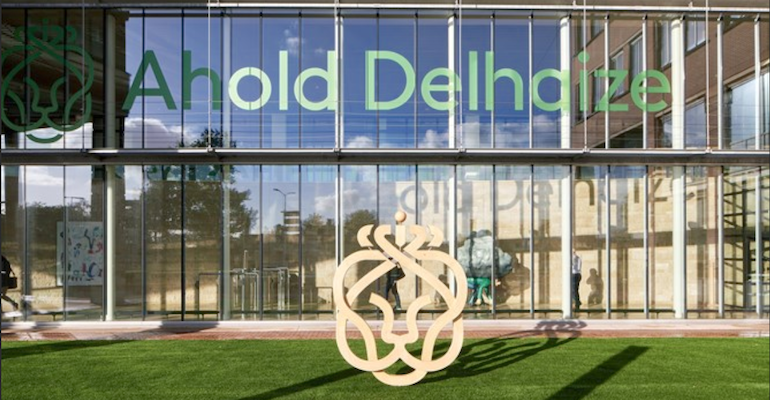 Global food retailer Ahold Delhaize got off to a solid start in fiscal 2022 with first-quarter net and comparable sales gains atop prior-year growth in the United States, its largest business unit.

U.S. comparable sales rose 4.1% overall and were up 3.3% excluding fuel, building on a 1.5% uptick (1.7% excluding gas) in the 2021 quarter. The growth was partially offset by a 0.6% negative impact from weather and calendar shifts, mainly from the timing of Easter, according to Ahold Delhaize.

“In the U.S., we were able to grow comparable sales by 3.9% excluding weather and calendar shifts and maintained relatively stable underlying operating profit in U.S. dollars, as strong food-at-home demand and our cost-savings initiatives enabled our brands to mitigate incremental cost pressures,” Ahold Delhaize President and CEO Frans Muller said in remarks for the first-quarter report. “Food Lion, in particular, with its 38th consecutive quarter of growth, is one of the top-performing brands in the U.S., right now with close to double-digit comparable sales.” 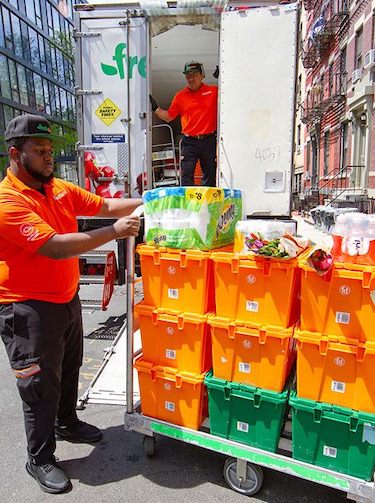 “As the industry is rapidly shifting to more same-day delivery options, we are positioning ourselves to accelerate in this space,” Muller told analysts in a conference call on Wednesday morning. “For example, in the U.S., we have over 1,400 pickup points and have added new instant delivery options with partners such as Instacart.”

On the e-commerce front, Peapod Digital Labs also made investments in fulfillment operations, both in-store and in central fulfillment warehouses, to automate picking and optimize delivery routes to get orders to customers faster with less manual effort, Ahold Delhaize reported.

“We also made good progress with Stop & Shop and FreshDirect, where we plan to increase collaboration to accelerate growth and market share in New York City,” Muller said in the call. “I look forward to sharing more on this in the second half of the year.”

Among other highlights during the first quarter, Ahold Delhaize USA expanded the Guiding Stars nutrition navigation program across all beverages, and The Giant Company and Giant Food doubled the points earned for all Guiding Stars-rated items. Giant Food, too, expanded its More for You value campaign introducing bulk items, and plans call for the concept to roll out to more stores in the second quarter.

In addition, Stop & Shop launched “The Helpful Chef” omnichannel program to deliver convenient and affordable meal solutions to customers, and the supermarket chain continued its multiyear remodeling program, with 40 more stores expected to be completed in 2022. Ahold Delhaize noted that the upgraded stores are meeting sales and profit expectations.

“Importantly, in the quarter, Stop & Shop signed and ratified a new four-year labor contract with unions representing over 60% of the Stop & Shop workforce,” Ahold Delhaize Chief Financial Officer Natalie Knight said in the call. “As such, we have no other significant labor negotiations outstanding at this time.”

“We are very well-positioned with our own brands relative to peers,” Muller noted to analysts. “In the Benelux, own brands represent over half of all brand sales, and in the U.S. own-brand penetration stands at approximately 30%. We will continue to extend our brand and invest in their presence and visibility in stores and online throughout 2022.” 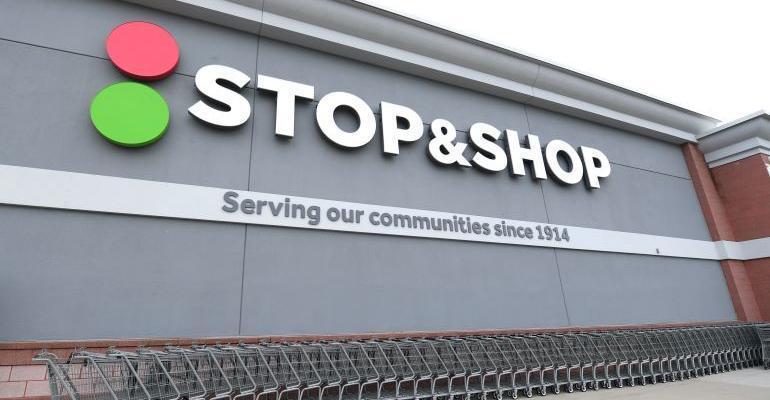 “Higher-than-expected Q1 earnings, coupled with a more resilient consumer client climate in the U.S., as well as a stronger U.S. dollar, are forecast to more than offset challenging economic backdrop we now see in Europe,” Knight said of Ahold Delhaize’s fiscal 2022 outlook. “Therefore, we expect underlying EPS to be higher than our previous guidance of a low- to mid-single-digit decline and instead be comparable with our 2021 levels. Free cash flow is expected to be approximately €1.7 billion. Net capital expenditures are expected to total a maximum of €2.5 billion and, therefore, be lower than our original expectations as a percentage of sales this year.”

As of the end of the 2022 first quarter, Ahold Delhaize had 7,551 stores in the U.S., the Netherlands, Belgium and Central and Southeastern Europe, compared with 7,204 a year ago, reflecting a net gain of 347. Ahold Delhaize USA ended the quarter with 2,046 stores, a net increase of 18 from 2,028 in the prior-year period, including 23 opened or acquired stores and five closed or sold stores.