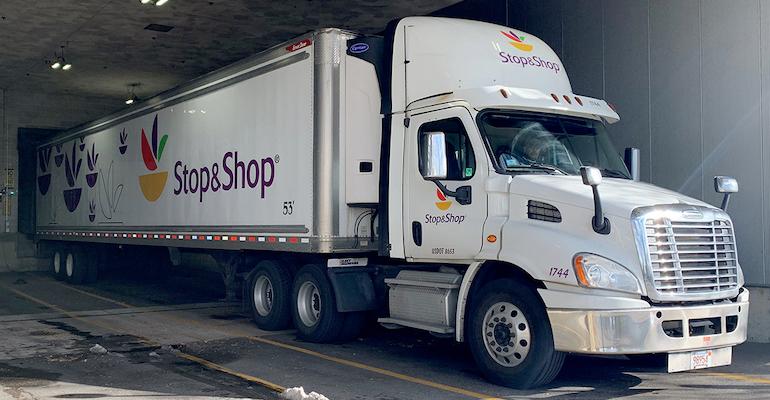 Ahold Delhaize USA completes step one in shift to self-distribution

As part of a major supply-chain expansion, Ahold Delhaize USA has launched the first of six distribution centers with integrated self-distribution, for both stores and e-commerce operations.

Ahold Delhaize USA said Monday that its Freetown Grocery DC in Assonet, Mass. — supplying the Stop & Shop supermarket chain — has transitioned procurement from a third-party vendor to a self-managed network. The move gives the 1.1 million-square-foot facility direct control of inventory and replenishment.

“This transition is an important one for the Stop & Shop brand because it gives us more control and ultimately enables us to better serve our stores and our customers at more than 200 Stop & Shop locations across Massachusetts, Connecticut and Rhode Island,” Jim Labrecque, vice president of distribution operations at Stop & Shop, said in a statement.

“Our work to transform the supply chain to an integrated self-distribution model of the future is not only on time, but ahead of schedule,” according to Chris Lewis, executive vice president of supply chain for Retail Business Services (RBS), Ahold Delhaize USA’s services arm. “Today marks an important milestone in our journey with the transition of procurement at this [Freetown Grocery] facility, and we’re looking forward to other facility transitions this year. On top of that, we’ve launched new programs to begin to help us as we optimize the network at scale.”

In December 2019, Ahold Delhaize USA unveiled a three-year, $480 million plan to expand its supply chain operations and shift to self-distribution, including e-commerce channels. The effort encompasses the construction of two new frozen warehouses plus the acquisition of three warehouses (two in York, Pa., and one in Chester, N.Y.) from C&S Wholesale Grocers and new leases for a warehouse in Manchester, Conn., and a C&S facility in Bethlehem, Pa. 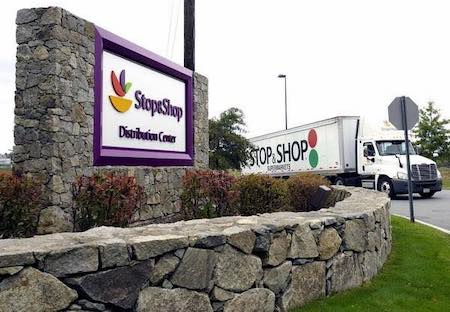 Ahold Delhaize USA’s distribution network is slated to grow to 23 facilities by 2023. It now includes 16 traditional and e-commerce distribution centers, which supply 1,970 stores across the East Coast under the Stop & Shop, Giant/Martin’s, Giant Food, Food Lion and Hannaford banners.

The company is working with with cold storage provider Americold to build the two automated frozen warehouses. The Plainville facility will serve Stop & Shop and Hannaford stores in the Northeast and New England, and the Mountville frozen warehouse will serve the Giant Food, Giant/Martin’s and Food Lion chains in the Mid-Atlantic. Plans call for the new facilities to go into operation by the fourth quarter of 2022.

In its fiscal 2020 earnings report last month, Zaandam, Netherlands-based parent company Ahold Delhaize said the five U.S. facilities moving to self-distribution in 2021 will result in 65% of procured center-store volume being self-managed by the year’s end, compared with 40% to 45% in 2020.

Ahold Delhaize USA noted that the transformation will help cut costs, improve speed-to-shelf, boost product availability and freshness for customers, and enhance relationships with suppliers, including via the new ADvantage program. A vendor collaboration program, ADvantage is designed to sharpen efficiency between Ahold Delhaize USA companies and suppliers across the supply chain, “from product origin to a customer’s hands,” the company said.

“By working smarter with suppliers through ADvantage, we will be able to drive a new era of collaboration to open new opportunities and create efficiencies,” said Lee Nicholson, senior vice president of ADUSA Procurement and head of ADvantage. “The program officially launched on Jan. 1, with nearly 200 suppliers participating. We’re already seeing results from the increased focus on collaboration and driving mutual growth.”