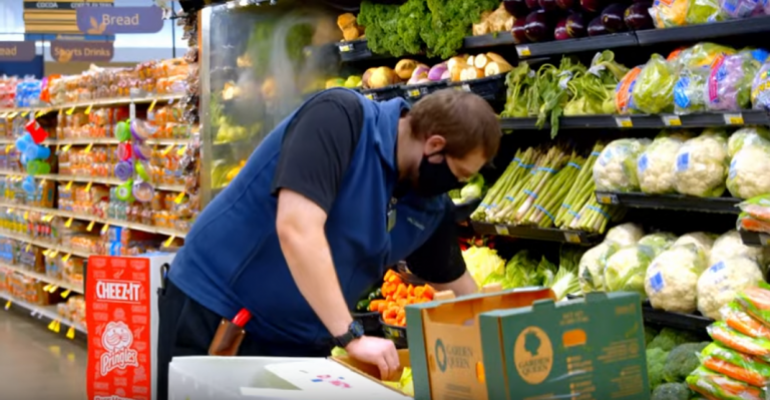 Fueled by coronavirus-triggered consumer demand, Albertsons Cos. saw comparable sales surge in March and April, which followed a double-digit net sales gain in its fiscal 2019 fourth quarter ending in February.

Compared with a year ago, identical sales for the first eight weeks of fiscal 2020 are up 34%, the Boise, Idaho-based company reported.

Net sales and other revenue totaled $15.44 billion for the 13-week fourth quarter ended Feb. 29, up 10.1% from $14.02 billion in the 12-week fiscal 2018 quarter. Albertsons attributed the gain to the 2019 quarter’s extra week, which contributed about $1.1 billion, and a 1.8% uptick in identical sales, partially offset by lost sales from store closings. The company said the identical-sales increase reflects a negative impact of 30 basis points from the timing of the Thanksgiving holiday.

Gross profit margin declined to 28.6% in the quarter from 29% a year earlier. Excluding fuel, gross profit margin was down 20 basis points, according to Albertsons. The company said the decrease reflects incremental rent expense related to sale/leaseback transactions of distribution centers, investments in price and promotions, and a less favorable LIFO adjustment versus the 2018 quarter.

Net income came in at $67.8 million for the fourth quarter, compared with $135.6 million a year ago. Adjusted EBITDA was $755.6 million, up from $727.2 million in the prior-year period. Albertsons said the increase stems mainly from the extra week and higher identical sales, partially offset by lower fuel margins, increased rent expense from sale/leaseback transactions, and investments in strategic digital and technology initiatives. 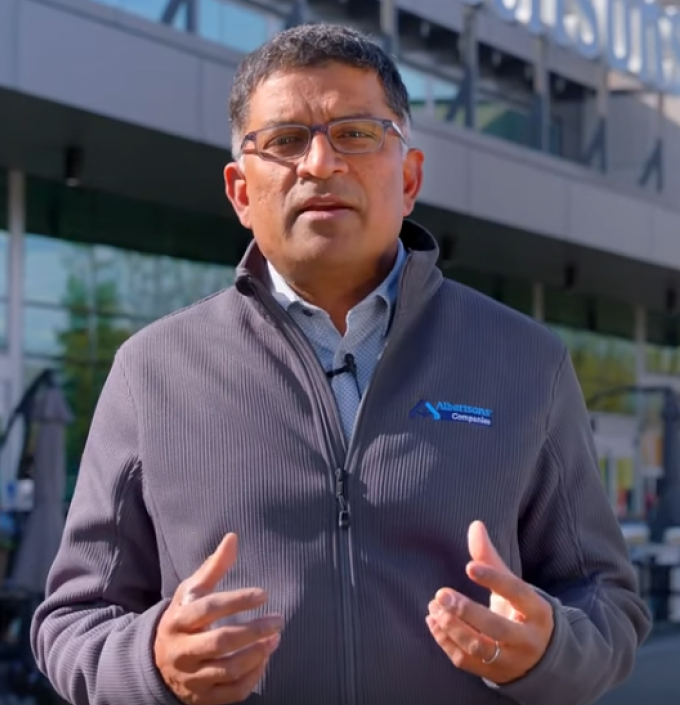 “We are pleased that our momentum continued as we closed fiscal 2019, with improved performance on the top and bottom line. However, the world has changed since then, and we are heavily focused on supporting our associates, our customers and the communities we serve as we respond to the increased demand resulting from the COVID-19 pandemic,” Albertsons Cos. President and CEO Vivek Sankaran (left) said in a statement. “We are so proud of the efforts of our store, distribution and manufacturing teams, whose work has been heroic in the face of this crisis, and we thank them for everything they continue to do. Both our stores and our online business are seeing significantly increased demand as consumers shift to more food at home.”

“Kroger’s No. 1 conventional peer reported fourth-quarter fiscal 2019 results this a.m., showing March comps of 47%, demonstrably better than Kroger’s 30%. Four-week results as of April 25 have slowed to 21% as the stock-up effect dissipates,” Mandeville wrote in a research note on Thursday. “Albertsons continues to outpace Kroger, reinforcing our view that the latter isn’t holding its own versus scaled peers. Albertsons also mentioned a notable increase in online usage; we continue to prefer the company’s MFC [micro fulfillment center] approach versus Kroger’s CFC [central fulfillment center] strategy.”

Gross profit margin edge up to 28.2% for the year from 27.9% in 2018. The gain was 20 basis points excluding fuel, Albertsons said. Lower shrink expense and an improved product mix — including higher penetration in private label and natural/organic products — contributed to the increased margin, partially offset by reimbursement rate pressures in pharmacy and higher rent expense from sale/leaseback transactions, according to the company. 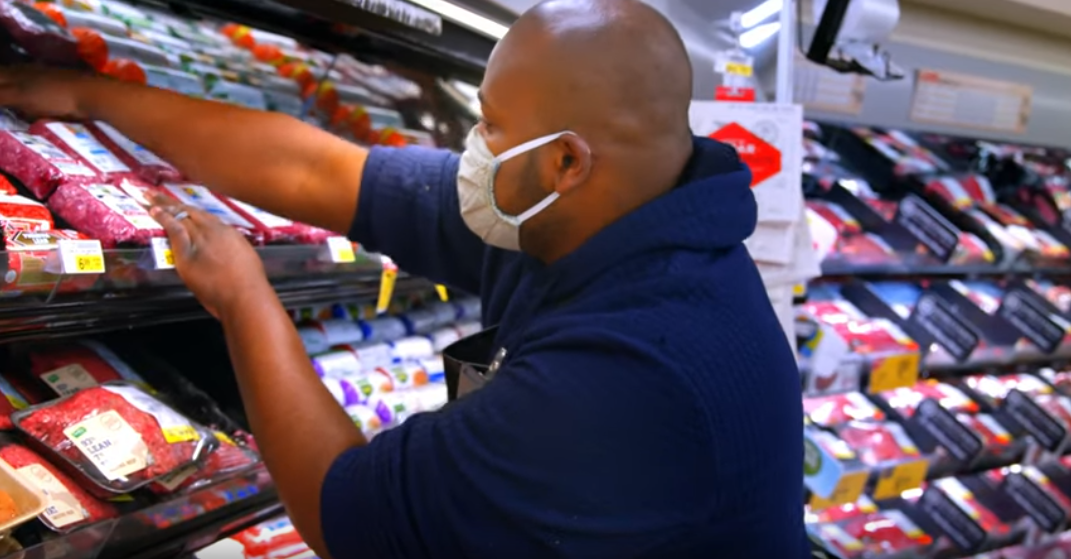 Albertsons has hired more than 55,000 new associates since the start of fiscal 2020, partnering with more than 35 companies to fill the new jobs.

During fiscal 2019, Albertsons totaled capital expenditures of about $1.5 billion, including 243 store remodels, 14 new stores, and investments in distribution center automation and other technology initiatives.

Looking ahead, Albertsons said that it’s unable to give detailed fiscal 2020 guidance because of the effects of the coronavirus pandemic, as evidenced by the jump in sales and investments in safety measures for customers and employees as well as worker compensation and benefits. The company said it has hired more than 55,000 new associates since the start of fiscal 2020, partnering with more than 35 companies to fill the new jobs.

Before the COVID-19 outbreak, Albertsons gave a 2020 outlook of a 2% increase in identical sales, adjusted EBITDA of $2.875 billion, operating income of $1.3 billion and capital expenditures of $1.5 billion.

“Although the company is unable to predict the continuing impact of COVID-19 on sales, gross profit and expenses for the balance of the year, it is currently expected that it can achieve or exceed its original plan,” Albertsons said.