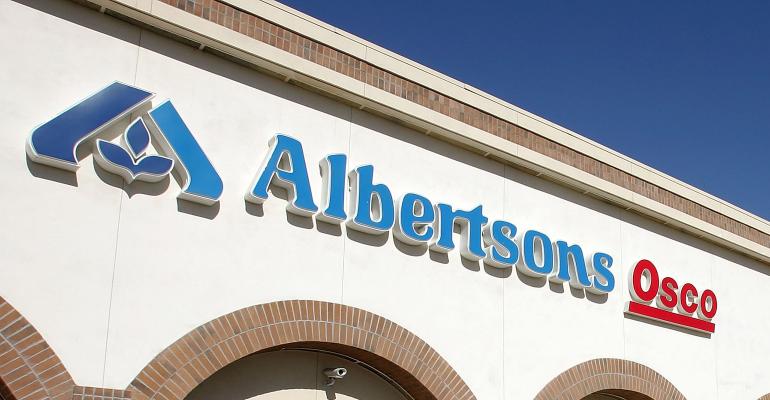 It’s been nearly a year since Albertsons Cos. was left standing at the doorstep of the public markets, and according to some analysts it may have to get used to the view.

Albertsons’ proposed public offering a year ago was abruptly called off when rival Wal-Mart Stores confessed in an investor meeting that expenses associated with an internal restructuring would lead to earnings pressure beyond expectations. Wal-Mart’s news triggered a sector-wide drop in valuations coming just days before Albertsons was to begin trading on the New York Stock Exchange.

The Boise, Idaho-based company has been preparing a second run at an initial public offering this year only to encounter more market malaise — this time because persistent price deflation has become a risk to sales and earnings industrywide, including at Albertsons.

Industry analysts at SN’s 21st Annual Financial Analysts Roundtable last month said the IPO — which Albertsons said would raise funds to pay down the debts it incurred acquiring rival Safeway — could also be a factor in at least some of the regional pricing skirmishes breaking out since the pass-through of deflated prices gripped retailers this year.

“Obviously, it depends on market conditions, but it’s kind of hard to see a scenario where Albertsons goes public at the kind of valuation that was contemplated last fall because the operating environment is just so different right now,” Ajay Jain, senior analyst at Pivotal Research, New York, said. “Sector valuations are also very different compared to last September or October.”

“They’re looking for the right valuation,” added Chuck Ceranksoky, analyst with Northcoast Research, Cleveland. “They didn’t get it a year or so ago, and they’ve been waiting, and in the meantime they have to keep their sales numbers looking good. Year-over-year numbers mean a heck of a lot. They didn’t plan on running into deflation, perhaps a weaker or more cautious consumer, but then you’ve got to keep sales looking strong so when they do the deal they’ve got a solid top line story.”

Several analysts pointed to Albertsons as one of the more aggressive players in several regions seeing hotter competition over the summer including Houston and Chicago.

These actions are keeping top line sales up as prices fall, but could be vulnerable to a counter-attack from a company like Kroger, Mushkin added.

“If Kroger decides to fight back in a meaningful way I would think Albertson’s share gains will evaporate,” he said.