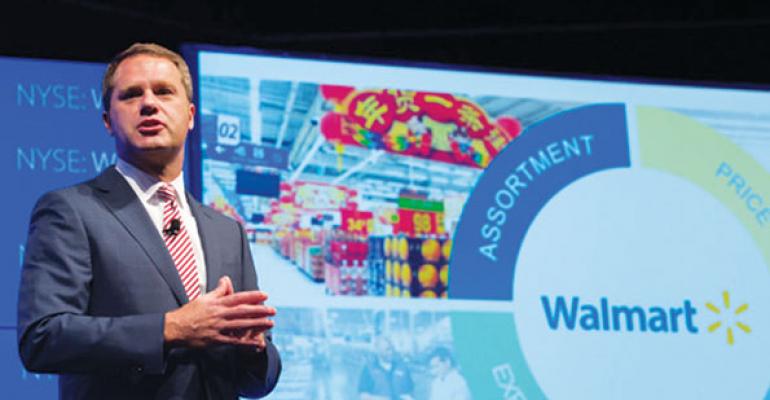 Walmart forging ahead with worker, tech investments despite near-term gloom

&ldquo;Retail history is very clear. Those that are unwilling or unable to change go away. Those that get ahead of the curve will thrive.&quot; &mdash; DOUG McMILLON, Wal-Mart Stores Inc.

An investment community already apprehensive about Wal-Mart Stores’ bets on technology and employee pay turned even more sour upon learning their financial impacts would likely hit harder, and benefits arrive slower, than once expected.

But despite issuing a grim earnings forecast — particularly for the next fiscal year when earnings are expected to decline between 6% and 12% — and enduring the historic stock dive that followed that announcement, CEO Doug McMillon was making no apologies.

“The reaction by the market — while not what we’d hoped — was not entirely surprising,” McMillon wrote in a blog posted on the retailer’s website a day after Walmart stock suffered a 10% plunge — its biggest one-day hit in 17 years — following the company’s annual presentation for investors in New York. In that meeting, McMillon and other Walmart executives defended the retailer’s decision to prioritize improvements in the store customer experience and in technology as a means of preparing the big retailer to compete in the years ahead, and while highlighting some encouraging trends, suggested the best was still ahead.

More than once, McMillon described the investments as a matter of survival, insisting it was not something Walmart should do, but must do.

“Retail history is very clear. Those that are unwilling or unable to change go away,” McMillon said in his presentation. “Those that get ahead of the curve will thrive. That’s why we’re taking decisive steps now to change and grow our business.

“We can deliver stronger financial performance in the short term simply by running our core business better, but that won’t be enough,” he continued. “To win, we must run the business well for today and change the business for the future. We will lead and not just manage.”

Specifically, Walmart said investments in payroll — improving minimum worker pay to $10 per hour following a raise to $9 announced earlier this year — would account for $1.5 billion in extra expenses next fiscal year (which Walmart calls fiscal 2017), up from $1.2 billion this year. The concurrent investment in e-commerce capabilities will jump from $900 million this fiscal year to $1.1 billion in fiscal 2017.

At the same time, the company said that new-store growth in the U.S. would slow as it addresses merchandising and assortment issues.

Sales are expected to grow faster than the market at around 3% to 4% per year through fiscal 2019, at which time, officials said, earnings could return to their current levels. Walmart is forecasting a 12% decline in earnings next fiscal year.

Underscoring a commitment to the transformation at Walmart, the company’s board approved a $20 billion stock buyback authorization. And McMillon spoke of the possibility of selling assets if it makes sense. 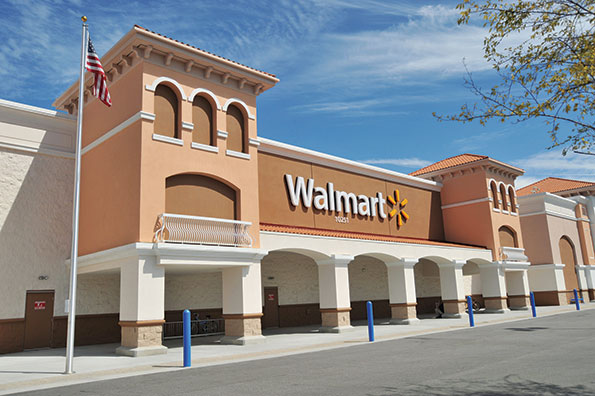 “We are actively reviewing our portfolio to ensure our assets are aligned with our strategy. But we will be thoughtful in our approach, recognizing our responsibility to drive shareholder value,” he said.

He also said the company would focus its resources on markets with the potential for greatest impact — the U.S. and China.

While some financial analysts maintain that Walmart owes much of its current troubles to losing its edge on pricing, McMillon argued for investing in price only after it completes addressing its store conditions.

“The large investments this year and next, in in-store experience, operational improvements and wages, will ensure we get the sales lift we deserve for lowering prices further in the future,” he said. “To put it more simply, you clean up your house before you invite people over. It was smart to improve standards and stock and check out speed before just leaning on price.”

He said he anticipates investing “billions” in price in fiscal 2018 and 2019 but little next year.

'The elephant in the room'

Scott Mushkin, a financial analyst following Walmart for Wolfe Research, in a note to clients said Walmart’s inability to address pricing amid the transformation was “the elephant in the room.”

“Wal-Mart remains in a very difficult position strategically in large part due to its significantly diminished/non-existent price advantage in the U.S.,” Mushkin said, adding that he was skeptical the transformation would succeed as well as planned.

“The early read based on the labor investments would suggest that these efforts are likely to take longer and be more expensive than is perhaps realized. As these expenses grow and eat into cash flows, we wonder if Walmart will be able to follow through with these initiatives,” he wrote. “Even if the answer is yes, Wal-Mart is playing catch-up and there is no guarantee the company will be able to develop core competencies in these areas, especially as Wal-Mart’s competition is unlikely to sit still.”

Walmart’s e-commerce investments seek to marry the company’s large store base and distribution capabilities with world-class technology to provide ease of shopping and selection that no other retailer possesses, becoming “the first to deliver a seamless experience at scale,” McMillon said.

“No matter how you choose to shop at Walmart — in store, online, mobile or a combination of them, it will be fast and easy,” he said. “We’ll give customers what they want in a way that works with their lives. At some point they won’t even think about how they ordered it or how they shopped, and the lines between shopping in a store, picking up an order at a store, or having it delivered will just fade into the background.

“Today we’re seeing e-commerce companies test stores — it’s because they see the same customer desire we see,” he continued in a likely reference to Amazon. “Here’s a key questions: Will it be easier for an e-commerce company to build out a massive store network and create customer service culture at scale? Or are we better able to add digital and supply chain capabilities and leverage our existing stores? We like our chances.”

Meredith Adler, an analyst with Barclay Capital, acknowledged McMillon’s vision, but also expressed uncertainty as to its prospects.

“We applaud management’s goals,” Adler said in a note to clients, “but worry about how long it will take to change employee behavior and also educate customers about the changes.”