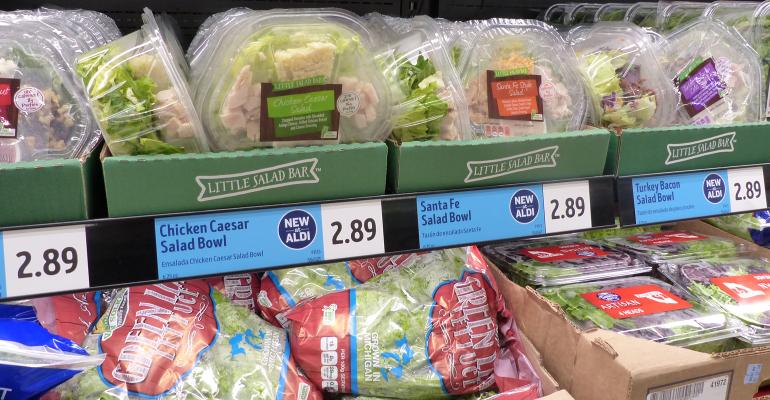 Discount grocer to ramp up fresh selection by 40%

In line with an ongoing store opening and upgrade plan, Aldi has launched a major product expansion in which 20% of items in every store will be new versus last year.

The effort — focusing on fresh, organic and easy-to-prepare offerings — will boost the selection of fresh food by 40% with new products, Batavia, Ill.-based Aldi said. Plans call for the rollout to run through early next year.

“More and more consumers are coming into our stores, and their demands are changing quite rapidly. They want more products that are healthier for you. They want more fresh, which is leading us to expand exponentially our fresh produce, fresh meat and organic products — anything healthier for the consumer,” CEO Jason Hart said in announcing the product expansion plan at Aldi’s remodeled store in St. Charles, Ill.

Under the first, announced in February 2017, Aldi plans to remodel and expand over 1,300 U.S. stores by 2020 through the addition of more space and refrigeration to accommodate more items, particularly fresh offerings like produce, dairy, bakery and meat. The upgraded stores also will get a new look and feel. And under the second initiative, the discount grocer — now with about 1,800 stores in 35 states — aims to expand to about 2,500 stores nationwide by 2022.

“We’re in the middle of a five-year growth program, where we’re opening over 800 stores to get to just under 2,500 stores by the end of 2022,” Hart told a throng of media gathered Wednesday at the St. Charles store. “We’re spending a lot of money on that: $3.4 billion invested into new-unit growth and $1.9 billion into the existing network of stores to remake the shopping experience, to give it a modern market feel and a little more space. We’re adding about 20% more square footage to the stores.” 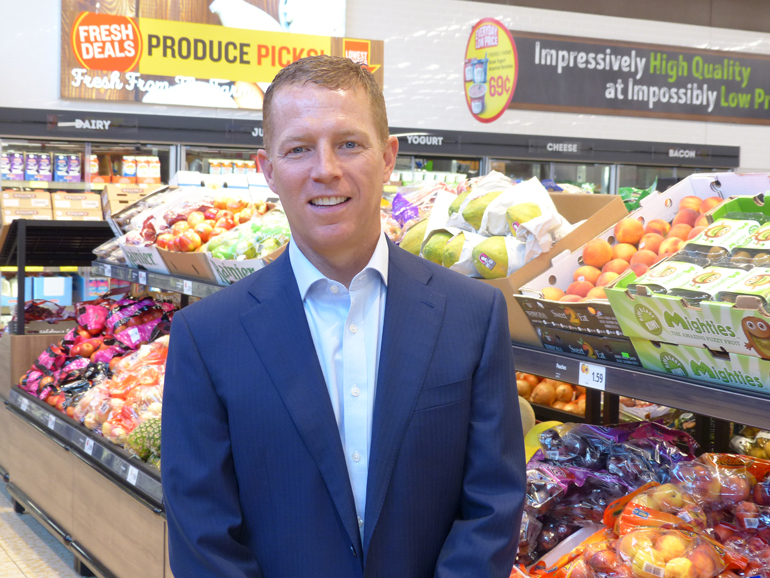 With many of the new offerings, Aldi is looking to help customers make meal preparation easier. That includes more ready-to-cook and organic fresh meat, such as organic chicken breasts and marinated cilantro lime chicken breasts; a bigger assortment of produce, such as veggie noodles and ready-to-eat sliced fruit like mango, pineapple and watermelon spears; more organic produce; and new vegan and vegetarian options in the expanding Earth Grown brand such as kale and quinoa crunch burgers and chickenless patties and tenders.

A broader array of convenience-focused, grab-and-go fare also is being rolled out to stores as Aldi adds refrigeration space. Those items include single-serve guacamole and organic hummus plus fresh fruit and vegetable snack packs; fresh organic salsa, antipasti salad, gourmet olives and calzones; and more drinks and refrigerated beverages, such as strawberry kefir and kombucha. 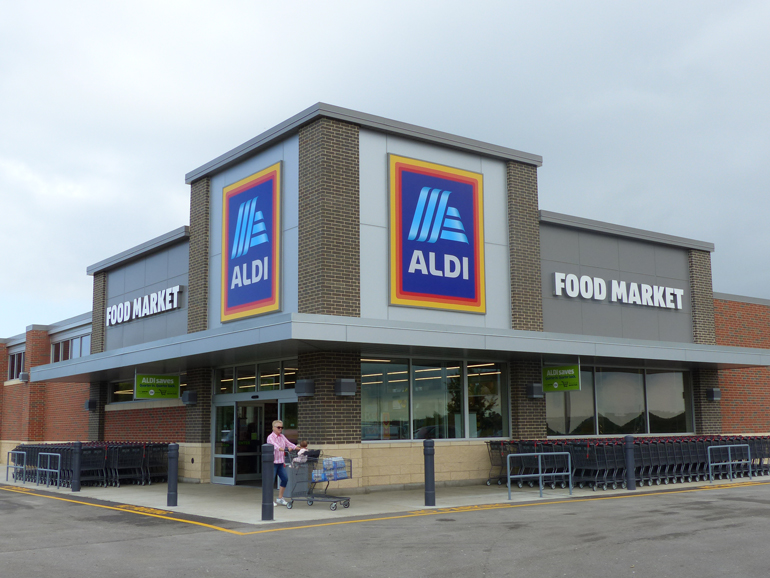 Aldi said it also will have one of the nation’s largest selections of private label milk alternatives with the addition of organic almond milk, coconut milk and a full range of lactose-free and soy milk.

“All of those are the growing brands at Aldi, and we need more room for them. That’s why we’re doing this remerchandising,” he said. “This is something we’re doing across the entire network of stores.”

Before the store upgrade and expansion efforts announced in 2017, the last time Aldi embarked on a significant change in its store look and merchandising was in 2007, Hart told Supermarket News in an interview Wednesday at the St. Charles store.

“Based on the success and the need to change up the merchandising in the stores, and more so due to the consumer demands and changing sales in the product categories, we went on a three-year program to refurbish, remerchandise and extend all of the stores across the country,” he explained. “This gives us more of a stage to carry more products from these categories and give more space to the ranges that are growing in sales for us.”

Hart and other Aldi executives at the media event, including vice presidents of corporate buying Scott Patton and Joan Kavanaugh, said the customer response to the store remodels, category extensions and new products — the latter indicated with blue shelf tags throughout the store — has been strong.

For the product expansion, Patton said, Aldi engaged in in-depth market and consumer research and tested new items in stores — including via its “Aldi Finds” feature, which highlights food and household products offered in stores for a limited time and is designed to lure customers back to check out what’s new.