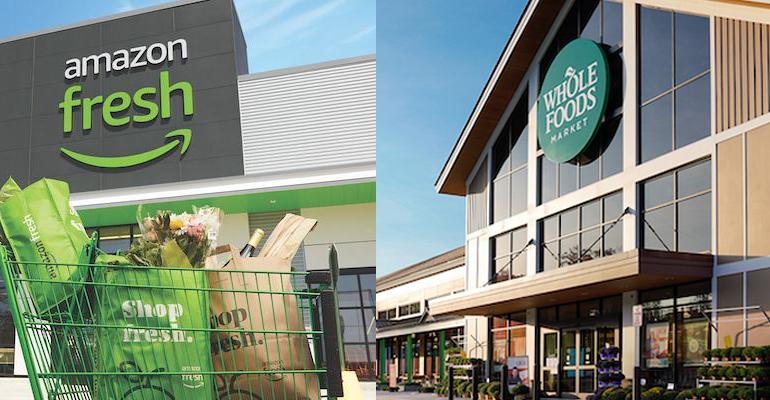 Amazon’s brick-and-mortar supermarket chains, Amazon Fresh and Whole Foods Market, are settling into distinct market niches amid improved foot traffic and decreased cross-shopping between the two banners, according to an analysis by Placer.ai.

Nearly two dozen Amazon Fresh stores have opened their doors since the first location made its debut in Woodland Hills, Calif., in August 2020. Looking at that store plus seven other Amazon Fresh outlets open about a year, location-based retail foot traffic specialist Placer.ai said those locations saw monthly store visits rise from the second to fourth quarters of 2021. The Woodland Hills (+24.1%), Whittier (+20.8%) and Fullerton (+17.6%), Calif., stores tallied the largest gains over that time span.

Related: It’s a ‘Go’ for Amazon’s Just Walk Out at Whole Foods

“So far the data looks promising,” she said. “Between Q2 ‘21 and Q4 ‘21, visits grew for every single one of the eight stores analyzed. While part of the growth may be due to initial COVID-related capacity restrictions, the fact that store occupancy rose across the board at these early locations indicates that these venues are generating increased demand over time — a positive sign for any retailer.”

At the same time, the eight Amazon Fresh stores’ “true trade areas” (TTA) — how far 70% of customers travel to reach the location — have taken shape, with six of the outlets seeing their square-mile reach shrink from the second to fourth quarters of 2021. Just the Woodland Hills (+10.7% to 25.57 square miles) and the Oak Lawn (+14.9% to 35.47 square miles) saw expansion in their TTAs in that time frame. Among those eight Amazon Fresh stores, the market reach ran from 25.52 square miles (Whittier) to 44.96 square miles (Fullerton) as of fourth-quarter 2021, reported Israel-based Placer.ai, which has a U.S. office in Los Altos, Calif.

“Most Amazon Fresh locations analyzed saw the size of their TTA decrease or stay the same throughout the year,” Petrack explained. “Given the fact that visits still increased, the reduction in TTA must mean that the stores are getting better at catering to local customers — and so can draw more foot traffic from a smaller area.”

Meanwhile, sister Amazon grocery chain Whole Foods has seen foot traffic recover after  cratering in the early part of 2021, Placer.ai noted. Monthly store visits at Whole Foods were down 21.8% on a two-year basis (versus 2019) in January 2021, but that decrease shrank to 6.6% by August 2021 and then to a 5.2% decline as of December 2021.

“While Whole Foods may have missed out on the pandemic-fueled supermarket boom, the natural grocery leader’s recent foot-traffic data has proved naysayers wrong,” Petrack wrote. “The brand has been slowly but steadily closing its Yo2Y visit gap, with December visits down only 5.2% when compared to 2019 — the smallest visit gap the brand has seen all year. And the company is betting on a full recovery and even planning an expansion, with nearly 40 new stores in the pipeline announced in May 2021.”

Despite initial concerns by some industry observers of cannibalization between Amazon Fresh and Whole Foods, Seattle-based Amazon appears to be cultivating a two-pronged strategy in brick-and-mortar grocery: Amazon Fresh as the value store and Whole Foods as the premium store, Placer.ai reported. Part of this is borne out by cross-shopping data. Petrack noted that for the last six months of 2021, Amazon Fresh customers shopped increasingly at Ralphs and Aldi but less at Whole Foods.

“Competition is decreasing between Amazon’s offline grocery brands, indicating that the company’s approach to grocery is diversified and complementary,” Petrack said. “While Amazon Fresh is positioning itself as a value grocer, whose primary competition comes from grocers such as Ralphs and Aldi, Whole Foods is positioned as a premium supermarket chain that appeals to a whole different consumer base. With Whole Foods and Amazon Fresh catering to different segments, Amazon is set to strengthen its standing as an offline grocery leader in 2022.”