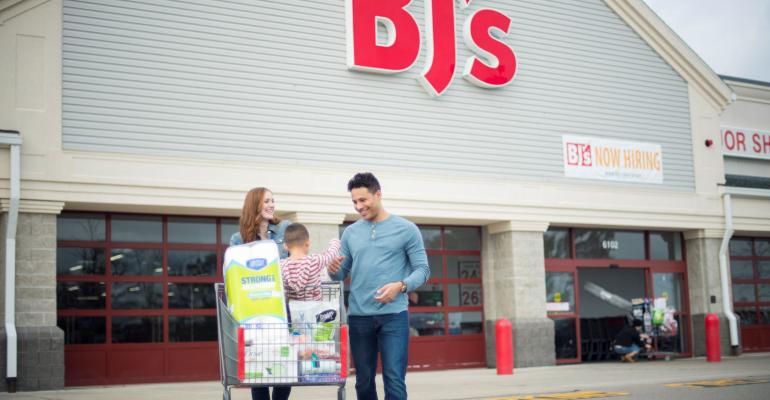 Sales inched up in the fiscal 2019 second quarter at BJ’s Wholesale Club, which continues to optimize its stores and product assortment, grocery savings and omnichannel offering as part of a strategic transformation.

Comparable club sales in the quarter grew 0.6% year over year, while merchandise comparable sales — which exclude fuel sales — edged up 1.6%.

According to Chairman and CEO Christopher Baldwin, the latter gain represented growth of 3.6% for the two-year stacked comp.

“Sales were negatively impacted by particularly cold and rainy weather in the first half of the quarter. For context, New York and Boston had twice as many rainy days this May compared to last year. After the slow start, our performance improved significantly in June and July, and we ended the quarter on a strong note,” he told analysts in a conference call Thursday. 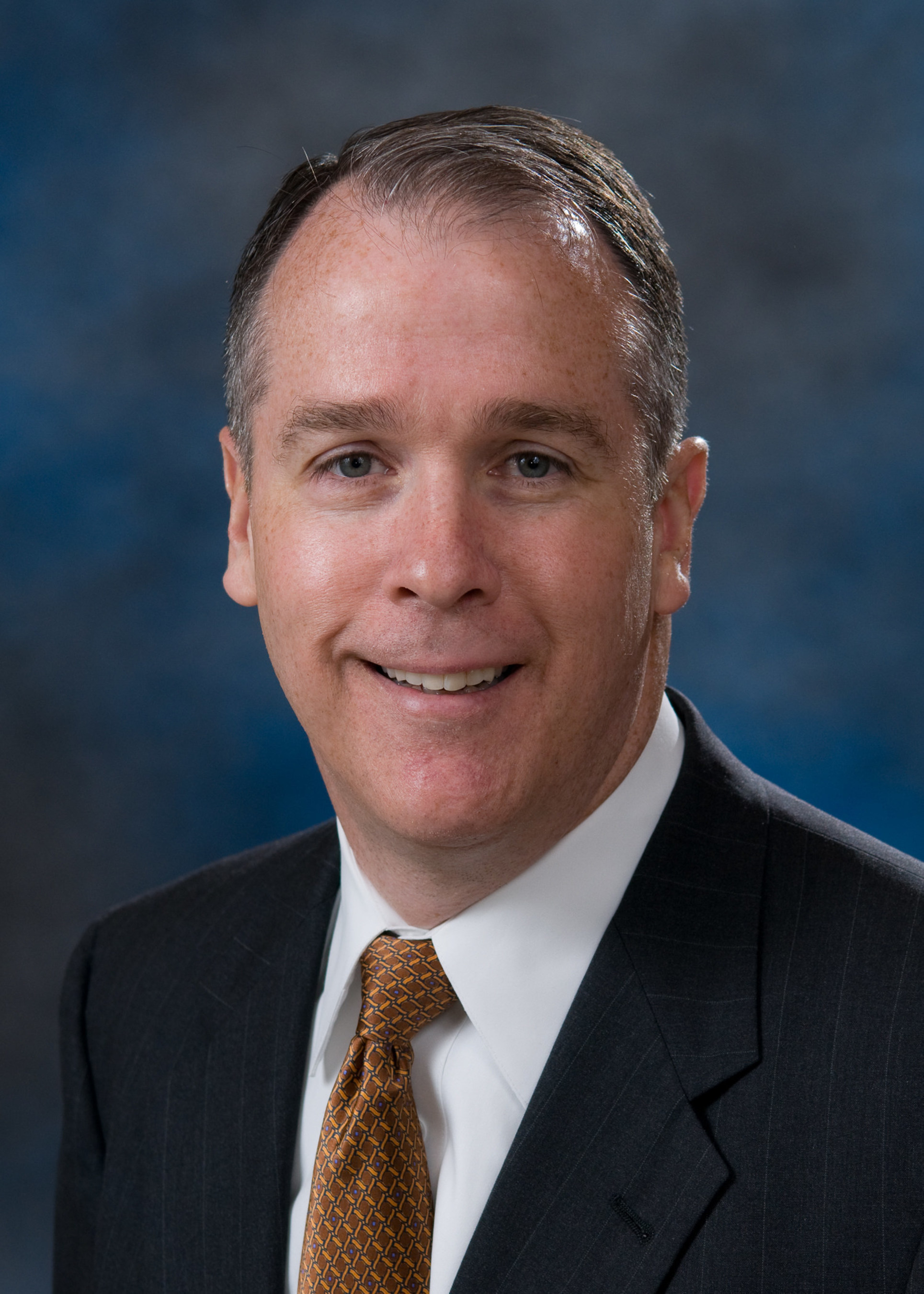 Baldwin (left) noted that BJ’s is making strides to bolster its grocery operation, in both product mix and execution.

“Our grocery and perishable businesses remain key to delivering value to our members. The rainy weather in the first half of the quarter impacted a number of these categories related to outdoor entertainment and celebrations across our core markets. However, our focus on improved in-club execution continued to deliver growth in key areas, including produce, bakery, meat and rotisserie chicken, fresh fruit and vegetables. We have represented one of our fastest-growing areas of our business in terms of the number of units sold,” he explained.

“As with our seasonal items, we experienced much stronger sales in the second half of the quarter in this part of our business. We continue to work on transforming our assortment throughout the club, with a focus on providing outstanding value to our members,” he added. “Our test of prepared foods, while small, is resonating well with our members. We have also expanded our international foods and Hispanic food offerings in certain clubs. As we announced last quarter, we continue to simplify our assortment in a number of grocery categories. We are confident we can drive growth with a more focused assortment.”

“We continue to make significant investments in pricing. We monitor hundreds of competitors and collect over 50,000 data points per week to ensure that we provide members with outstanding service. In this quarter, the gap between our prices and our grocery competitors continued to expand, which we expect to deliver value over time,” Baldwin said on the call. “In addition to pricing, we are investing in other capabilities that deliver value to our members. Earlier this year, we launched the new promotional system that allows us to run offers that we couldn't offer previously. For the first time, we're able to provide percentage-off savings as well as promotions that provide dollars off when buying multiple items. Through this system, we can engage with our members in innovative ways using personalized offers and targeted digitized promotions.” 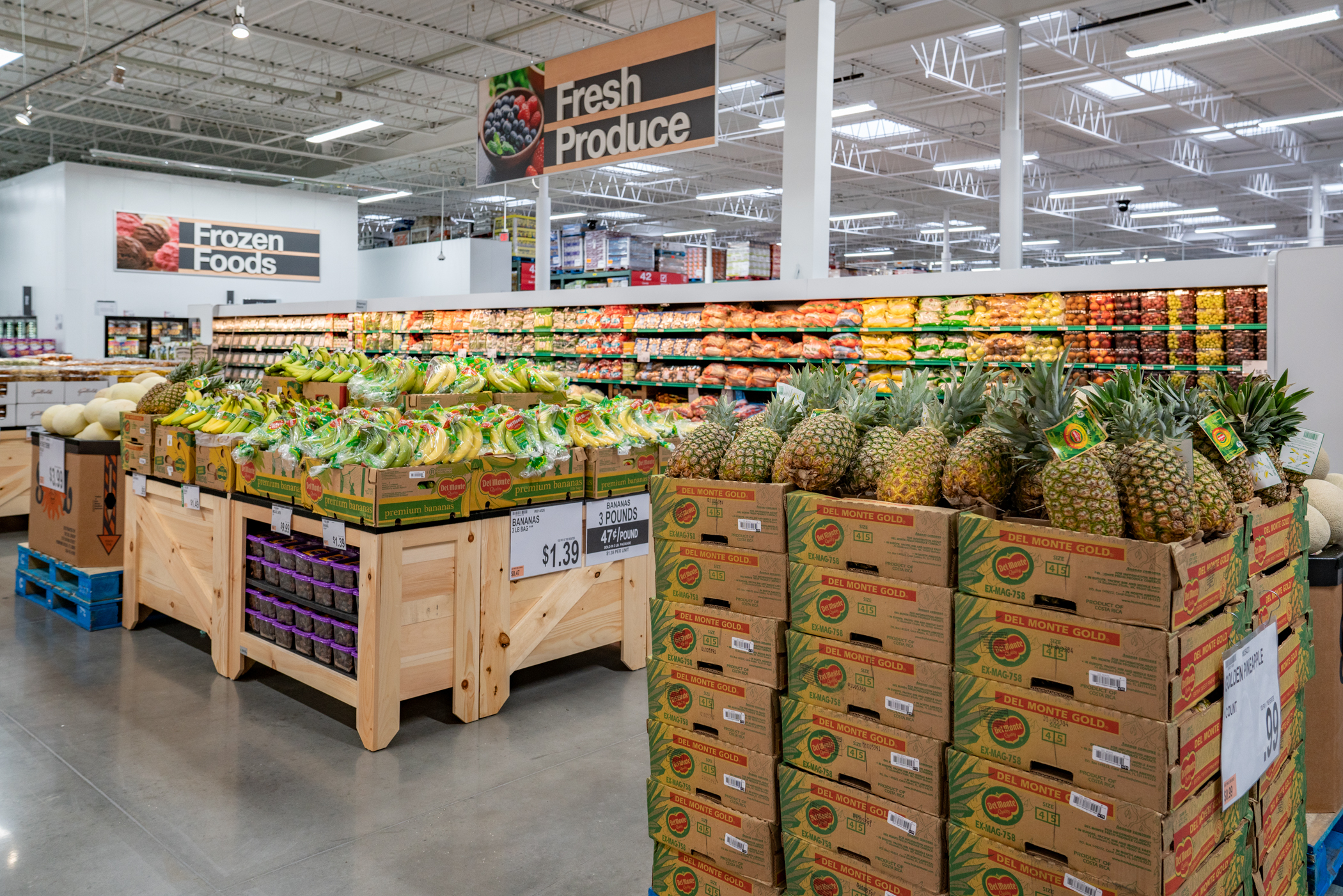 On average, analysts had forecast adjusted earnings per share of 37 cents, with estimates ranging from 34 cents to 39 cents, according to Refinitiv/Thomson Reuters.

Baldwin said BJ’s continues to see strong uptake of its mobile app, with about 15% of its members using the tool monthly, mainly to get digital coupons, which accounted for roughly 15% of total coupons redeemed in the second quarter. The retailer’s buy-online-pickup-in-club (BOPIC) service has seen rising usage as well.

“Sales driven by our BOPIC and same-day grocery delivery, while still small relative to the rest of our business, more than doubled this quarter compared to the prior year,” he said. “Just over half of our BOPIC orders are general merchandise, with strong sales in areas like TVs, furniture and air conditioners. More recently, we’re encouraged by BOPIC sales growth in grocery and sundries, including beverages, paper items, candy and snacks. Importantly, more than half of BOPIC shoppers purchase additional items once they're in the club.”

Also on Thursday, BJ’s announced plans to open two new clubs with BJ’s Gas stations, in Chesterfield, Mich., and Pensacola, Fla. Baldwin said the Chesterfield location is expected to open in early 2020, with the Pensacola club following around the end of the fiscal year. The company previously said new stores are due to open in Taylor and Madison Heights, Mich., this fall.

“Our two clubs in eastern Michigan remain on track to open in Q4, ahead of the holiday season,” said Baldwin. “In Q2, we launched an innovative marketing campaign in Michigan to introduce and differentiate BJ's in this new market. The campaign is driving awareness in the market, and early memberships are quite encouraging.”