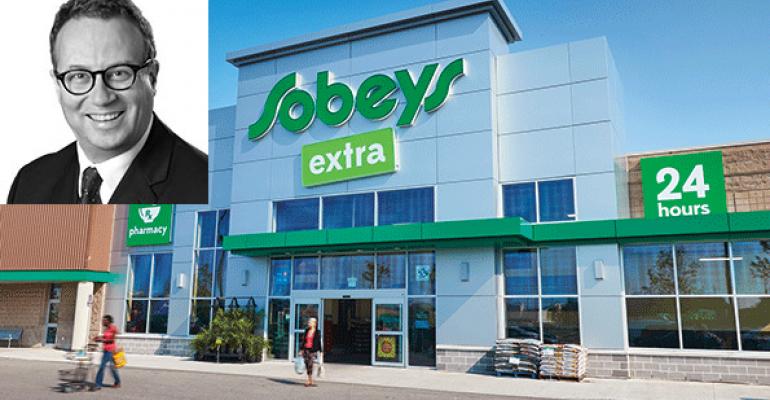 CEO Poulin out at struggling Sobeys

The boards of Sobeys and parent company Empire Cos. said Friday that president and CEO Marc Poulin has departed the company, effective immediately, and that Francois Vimard, Empire's CFO and chief administrative officer has been appointed interim CEO.

The move comes as Sobeys continues to struggle with the aftereffects of a rocky integration of Safeway Canada assets, which were acquired in a $5.8 billion deal engineered by Poulin in 2013. Last week Sobeys announced a $724 million (U.S.) fourth-quarter loss and a $1.5 billion annual loss triggered mainly by struggles in the Western provinces where Safeway stores were beset not only by operational challenges associated with the transition to Sobeys control but by poor economic conditions in those communities.

Sobeys took a $1 billion (U.S.) impairment charge associated with those assets in the fourth quarter.

"On behalf of the Board, I would like to thank Marc for his efforts and leadership as CEO over the past four years and, prior to that, for the important role he played in developing our Quebec business," Rob Dexter , chairman of Empire, said in a statement.

Vimard will also replace Poulin on the Empire board of directors. The company said it would conduct a search for a new CEO.

"The Board of Directors is unanimous in its support of François Vimard's leadership as we undertake this succession process," said Dexter. "Despite the significant challenges we have faced over the past year, the Board is confident the company is pursuing the right strategy," he continued. "It is our clear expectation that François and his strong and experienced leadership team will prioritize and advance the most critical elements of the company's strategy to ensure we meet the needs and expectations of our customers and see the return of long-term profitable growth for the company."

â€‹Vimard has more than 30 years of experience in the food retailing business, joining Sobeys in 1995. Clinton Keay, Empire's EVP of finance will assume the role of interim CFO.

Poulin was appointed CEO of Sobeys in 2012, succeeding Bill McEwan. Poulin was lauded for developing Sobeys' operations in Quebec, where he ran its IGA business. He previously served with Unilever Canada, Provigo, Culinar, Desjardins-Laurentian Life Group and Oshawa Group, where he was VP of grocery merchandising when that company was acquired by Sobeys in 1998.

In 2013, Poulin was named CEO of Empire, a holding company controlled by the Sobey family that owns Sobeys and Crombie REIT, an associated real estate investment trust.

At Sobeys, Poulin championed the company's "Good Food for All" campaign highlighting health and wellness and showcased in expanded service stores under the Sobeys Extra and IGA Extra banners. But Safeway proved especially problematic.

A shift to Sobeys ordering and replenishment systems enacted last year before staff were properly trained led to merchandising, pricing and ordering chaos. Although Poulin last week said those initial issues were largely behind it, sales continued to slide both at Safeway and in other parts of company as economic challenges arose.