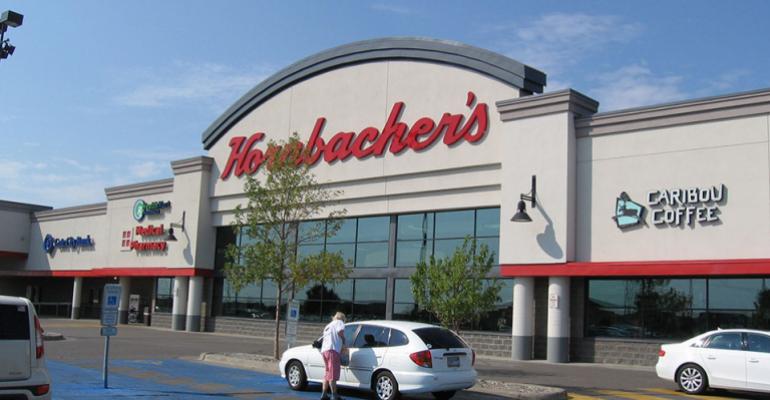 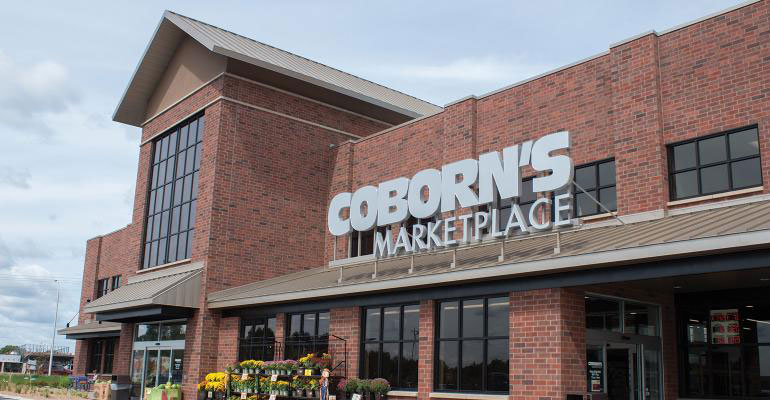 United Natural Foods Inc. (UNFI), Supervalu’s parent company, said a Hornbacher’s location in Grand Forks, N.D., will be closed following the completion of an inventory liquidation, due to start today.

Coborn’s also agreed to retain the Hornbacher's name and enter into a long-term primary distribution pact with Supervalu for those locations. Supervalu, too, plans to enter into an expanded supply relationship with Coborn's, which was already a wholesale customer. The companies said both supply agreements include minimum purchase requirements.

“We saw this as an opportunity to further invest in the thriving Fargo-Moorhead area with Supervalu exiting the retail business,” Coborn’s Chairman, President and CEO Chris Coborn said in a statement. “Hornbacher’s is a respected grocery retailer; they’re doing everything right. We intend to let them continue operating as is so there is no change to their guest experience.”

Plans call for Hornbacher’s President Matt Leiseth to oversee the Hornbacher’s stores in a new role on the leadership team at Coborn’s. He will continue to operate from Hornbacher’s office in Fargo.

“Matt wears the Hornbacher’s name on his sleeve. He has a proven track record of taking impressive ownership in this brand and ensuring he and his people are visible in the Fargo-Moorhead communities. We want that to continue,” Coborn noted. “Matt will have the support of our team, but we want him to continue running the Hornbacher’s stores as he has done for the last eight years. It is the goal of Coborn’s Inc. to operate the stores as they have been with the current employees they have employed.”

The Hornbacher’s transaction is expected to be finalized before Dec. 25, pending customary closing conditions, the companies said. When the deal closes, Supervalu will have 104 retail grocery stores under the Cub Foods and Shoppers banners.

Eden Prairie, Minn.-based Supervalu has been divesting its corporate-owned retail supermarkets to focus on its grocery wholesale business, and those efforts were stepped up after the company’s acquisition by UNFI was announced in late July.

In early November, Supervalu sold five Shop ‘n Save grocery stores in Maryland, Virginia, Pennsylvania and West Virginia to Giant Food Stores, a Carlisle, Pa.-based chain of Ahold Delhaize USA. That followed the mid-September sale of 19 Shop ‘n Save supermarkets and one stand-alone pharmacy in Missouri and Illinois to Schnuck Markets. Earlier, in May, Supervalu had closed the sale of 21 Farm Fresh supermarkets to Harris Teeter, The Kroger Co.’s mid-Atlantic division and Ahold Delhaize USA’s Food Lion.

"The sale of Hornbacher's to Coborn's is an ideal outcome for our associates and the Fargo-Moorhead community," said Supervalu CEO Sean Griffin. “Our strategy is to focus on the wholesale business going forward, so finding a strategic buyer for Hornbacher's with continued supply opportunity was a top priority. Coborn's is a long-standing Supervalu wholesale customer, and we're excited that they will carry on the Hornbacher's name and tradition of quality products and service."

Coborn’s added that its acquisition of Hornbacher’s will return the grocery chain and its more than 1,200 employees to family ownership. Ted Hornbacher opened the first Ted’s Supervalu store in 1951 and in 1968 changed the name of the company to Hornbacher’s. The chain was acquired by Supervalu in 1975.

Upon meeting eligibility requirements, Hornbacher’s employees will have the opportunity to become shareholders in Coborn’s. In 2006, the Coborn’s family sold part of the company to its workforce via an employee stock ownership plan.

“This is a unique opportunity for Hornbacher’s and its employees to still retain the identity they’ve known for many years,” Coborn commented. “We believe strongly in keeping the brand in place for the benefit of the employees and the loyal guests who shop those stores.”

Supervalu noted that Hornbacher's has been known for its high quality and fresh perishables and as an active participant in the Fargo-Moorhead community it serves.

"We appreciate the tremendous service of our associates and their unwavering dedication to our customers through the years," said Anne Dament, executive vice president of retail, marketing and private brands at Supervalu. "I know the store teams and staff will do an amazing job supporting Coborn's and continuing to make Hornbacher's a popular choice for the local community going forward."