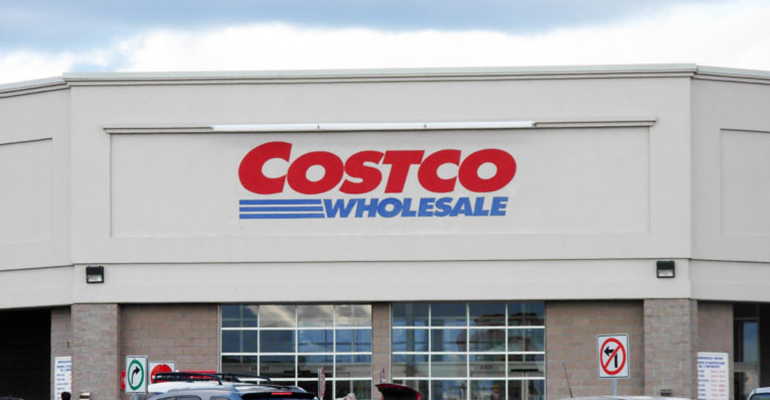 For the five weeks ended April 3, net sales surged 18.7% to $21.61 billion from $18.21 billion in the prior-year five-week period, when sales were up 17.6%, Costco said yesterday after the market close. The warehouse club chain noted that the 2022 March retail reporting month had an extra shopping day versus a year ago because of the Easter calendar shift, which lifted net and comp sales by 1.5% to 2%.

Companywide, comparable-club sales climbed 17.2% for March and were up 12.2% excluding changes in fuel prices and foreign exchange (FX) rates, versus year-ago comp-sales growth of 16% (11.1% excluding fuel and FX).

March’s results built on the growth pace from February, when Costco posted increases of 15.9% in net sales and 14% in comp sales, the latter including 17.4% growth in the U.S.

“Our comp traffic, or frequency, for March was up 8.2% worldwide and 7% in the U.S.,” David Sherwood, assistant vice president of finance and investor relations at Costco, said in a phone report late Wednesday. “Worldwide, the average transaction for March was up 8.3%, which included the benefit from gasoline inflation and the negative impact from FX.”

FX rates relative to the U.S. dollar negatively impacted net and comparable sales 0.7% for the company overall, including 0.6% in Canada and 4.7% in other international markets, according to Sherwood. “Gasoline price inflation positively impacted total reported comp sales by approximately 5.7%,” he said. “The average worldwide selling price per gallon was 46% higher this year.”

U.S. regions and markets turning in the strongest comp-sales performances for March were San Diego, the Midwest and the San Francisco Bay Area, Sherwood reported, while the top international comp-sales results were led by Australia, Mexico and the United Kingdom.

Issaquah, Wash.-based Costco currently operates 829 warehouse clubs overall, compared with 807 a year ago. By market, the retailer operates 573 clubs in the U.S. and Puerto Rico, 105 in Canada, 40 in Mexico, 30 in Japan, 29 in the United Kingdom, 16 in Korea, 14 in Taiwan, 13 in Australia, four in Spain, two each in France and China, and one in Iceland. Costco also runs e-commerce sites in the U.S., Canada, the U.K., Mexico, Korea, Taiwan, Japan and Australia.