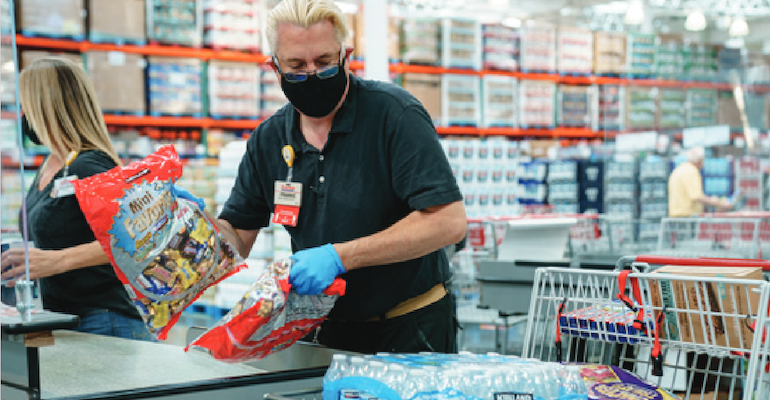 “Traffic, or shopping frequency, increased 9.3% worldwide and was up 8.3% year over year in the United States. Our average transaction or ticket was up 4.6% worldwide and up 6.9% in the U.S. during the second quarter,” Chief Financial Officer Richard Galanti told analysts in a conference call on Thursday.

“In Q2, our core-on-core [merchandise] margin was lower by 28 basis points year over year, approximately two-thirds of this coming from fresh foods and a little from food and sundries and nonfoods as well,” he noted. “Fresh continues to lap exceptional labor productivity and low product spoilage that occurred from outside sales a year ago in the second quarter.” 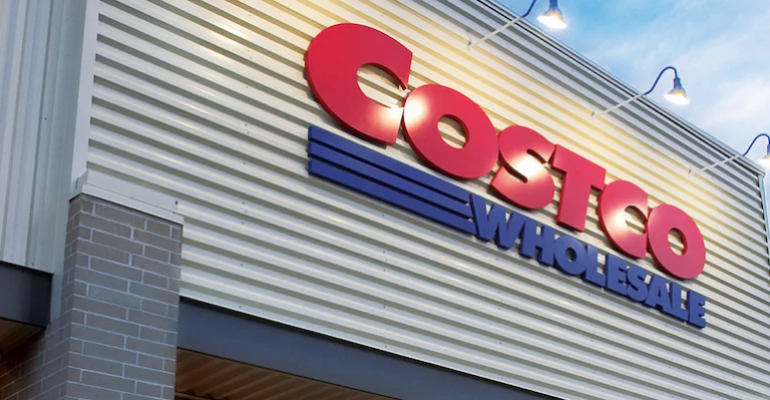 “Stronger departments in e-commerce in terms of year-over-year percentage increases were jewelry, tires, special or kiosk items, patio and garden, and home furnishings. Our largest online merchandise department, majors — which consists of consumer electronics, appliances, TVs, etc. — was up in the high-single digits on very strong sales increases a year earlier,” Galanti said.

“In terms of e-comm and mobile apps, it continues to improve — much improved layout, the ability to view warehouse receipts online, the ability to reschedule e-comm deliveries in the U.S. and Canada, as well as reschedule returns pickups,” he added. “Later this month, we’ll have our warehouse inventory, along with the Instacart inventory, online and be able to see all the detail of in-store merchandise as well.”

Costco also has upped the selection for its Costco Next e-commerce program, which allows members to purchase items at a savings directly from a curated selection of vendors. The club chain introduced the program in 2017 with just a few brands but now has several dozen.

“In terms of our e-commerce platform, Costco Next, we added a few additional suppliers,” said Galanti. “So we now have 37 suppliers online and growing. Again, Costco Next has about 1,000 items on it, curated items at Costco values.”

During the analyst call, Galanti announced that Costco this week promoted Claudine Adamo to executive vice president and chief operating officer for merchandising. Formerly senior vice president of nonfood merchandising, she takes over the chief merchant role from Ron Vachris, who last month was elevated to Costco president and COO. Vachris picked up the president’s title from Costco CEO Craig Jelinek.

“Claudine has been with us for 30 years,” Galanti said. “She began in an hourly position in our Kirkland [Wash.] warehouse in 1992 but a year later came into buying and has been in buying ever since. Most recently, she was senior VP of non-foods merchandising. Again, she’ll be taking over, looking over all of merchandising.” 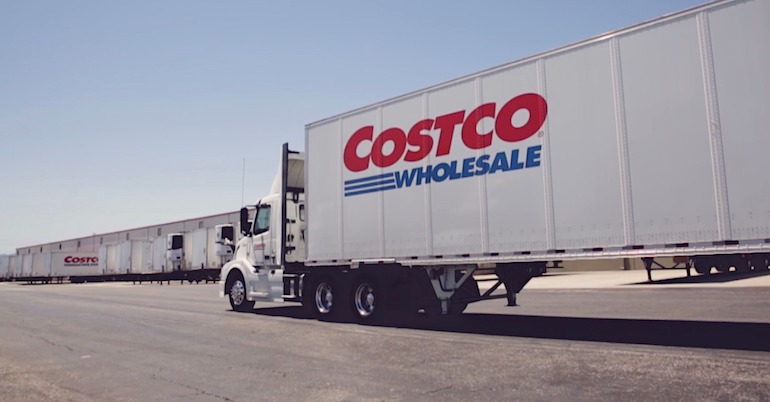 Analysts, on average, had projected Costco’s Q2 adjusted earnings per share at $2.74, with estimates ranging from $2.41 to $3.22, according to Refinitiv.

Issaquah, Wash.-based Costco finished the quarter with 828 warehouse clubs overall, compared with 804 a year ago. By market, the retailer operates 572 clubs in the U.S. and Puerto Rico, 105 in Canada, 40 in Mexico, 30 in Japan, 29 in the United Kingdom, 16 in Korea, 14 in Taiwan, 13 in Australia, four in Spain, two apiece in France and China, and one in Iceland. Costco also runs e-commerce sites in the U.S., Canada, the U.K., Mexico, Korea, Taiwan, Japan and Australia.

“Warehouse expansion for the [2022 fiscal] year, we now plan to have 32 new units,  including four relocations. We place any existing units to larger and better-located facilities. So net total of 28,” Galanti said in the call. “The five openings in Q2 that we had — one in Mexico, our 40th in Mexico; our second in France; our second in China; our fourth in Spain; and one additional unit in Florida, where we now have 29 locations. Regarding capital expenditures, our Q2 spend for capex was approximately $723 million, and our full year capex spend is still estimated to be approximately $4 billion.”

Also on Thursday, Costco reported February sales. For the four weeks ended Feb. 28, net sales grew 15.9% to $16.29 billion from $14.05 billion a year earlier. Comp sales for the month advanced 14% overall and were up 10.6% excluding fuel and FX. Traffic for the month grew 8% worldwide and 8.2% in the U.S., Galanti reported. Worldwide, the average transaction size gained 5.5%.