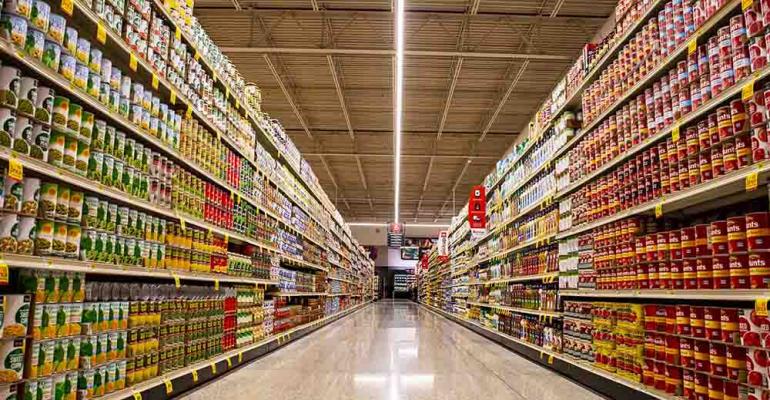 Following an eight-month shutdown due to damage from last year’s protests in Minneapolis, the Cub Foods supermarket at Lake Street and 26th Avenue has reopened.

The 75,000-square-foot, new-and-improved Cub store, which opened its doors yesterday, houses expanded produce and deli departments, a new meat and seafood department, and a global foods department, among other enhancements and amenities. Located at 2850 26th Avenue South in Minneapolis, the franchised location is owned by Twin Cities independent grocer Jerry’s Foods.

The Cub store was rebuilt after being forced to close in late May from heavy damage sustained in rioting over the death of George Floyd, a Black man who was killed by a white Minneapolis police officer on May 25, which sparked protests and civil unrest nationwide last summer.

“From the moment we had to close the Lake Street location, we knew we would not only rebuild, but rebuild with the intent on creating a store that was a better reflection of the neighborhood it serves,” Cub Foods CEO Mike Stigers said in a statement. “From the wider selection of fresh produce, meat,and seafood to the innovative areas that push the envelope of what to expect from your neighborhood grocer, our new Lake Street store is one the community can be proud to shop every day. The reopening of the Lake Street store is made possible through the support of the Jerry’s Foods team, the franchise owner of the store, and we thank them for their continued dedication to the local community.”

Inside the fully renovated store, which originally opened in 1989, customers will find enlarged specialty areas plus other changes made with community input, including a bigger produce area with more organic items and a wider assortment of fresh fruit and vegetables. The expanded deli section features more Quick & Easy Meals such as sandwiches, salads, and sushi; a broader selection of hot meals; a new soup and salad bar with more variety; and more fresh meat and specialty cheese.

Along with a new meat and seafood department and custom cake-decorating station is a global foods market featuring a wide array of Mediterranean, Caribbean, East African and Hispanic pantry items and beverages. A tortilla station offers tortillas made fresh in-house daily, while a popcorn shop serves up fresh popcorn in a range of sizes and flavors, such as butter, cheese, kettle, caramel, chocolate drizzle, and a cheese-and-caramel mix. Other features include a pharmacy with delivery service, a dollar-store department, and online grocery pickup and delivery.

With the Lake Street store’s reopening, Cub decommissioned the Cub Community Market, a 13,0000-square-foot temporary store built on the parking lot to provide grocery service to the community during reconstruction. In operation since early July, the market offered fresh produce, meat and dairy plus and best-selling grocery items at the same everyday prices as a traditional Cub store. Cub noted that the temporary market allowed it to keep about 40 associates employed during the rebuilding.

“The local grocery store is the last the close and the first to open in times of emergency, and that’s exactly what we demonstrated to our customers with the Cub Community Market,” Stigers added. “I’m proud of the entire Cub team, who rolled up their sleeves and found solutions to help meet the needs of our neighbors, family and friends while our Lake Street store was under construction.”

Cub also is rebuilding the Jerry’s Foods-owned store on Broadway Avenue in Minneapolis, also closed due to heavy damage in the protests, and plans to reopen the 60,000-square-foot location on April 4. Renamed as the Northside store, the supermarket currently houses a 23,000-square-foot Cub Community Market, which the company said will remain in operation until the new store opens.

A unit of United Natural Foods Inc., Stillwater, Minn.-based Cub Foods has a retail network of 80 supermarkets primarily in the Twin Cities market, including one Illinois store.

All photos courtesy of Cub Foods.