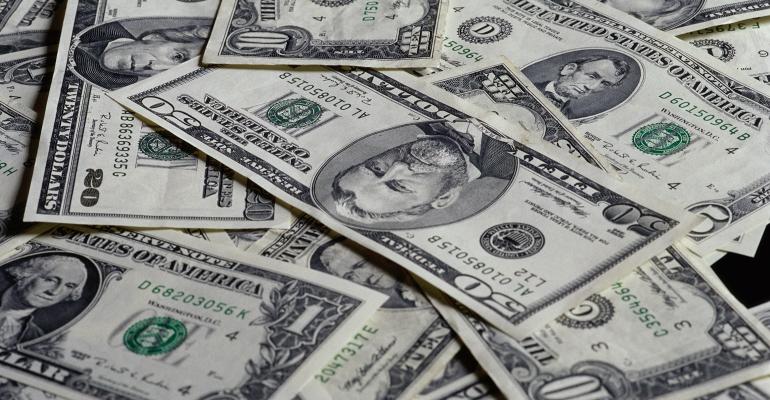 The strength of the U.S. dollar is not getting the share of the blame it deserves for the spate of deflation plaguing U.S. food retailers, an analyst said Thursday.

RBC Capital analyst Bill Kirk argued that the currency imbalance has disadvantaged U.S. food exports, leading to an oversupply of domestic goods that is ultimately triggering declining prices at the shelf. This would suggest deflationary pressure is less a function of slack demand or of irrational retail behavior than is commonly believed, and would abate as the dollar values regain stability, as it has in recent months.

“As a net food exporter, the strong U.S. dollar has disadvantaged U.S. food goods in international markets,” Kirk wrote in a research note. “The sharp decline in 2015 export dollars suggest foodstuffs did not leave the country, resulting in excess supply in the U.S. With excess supply comes price deflation.” 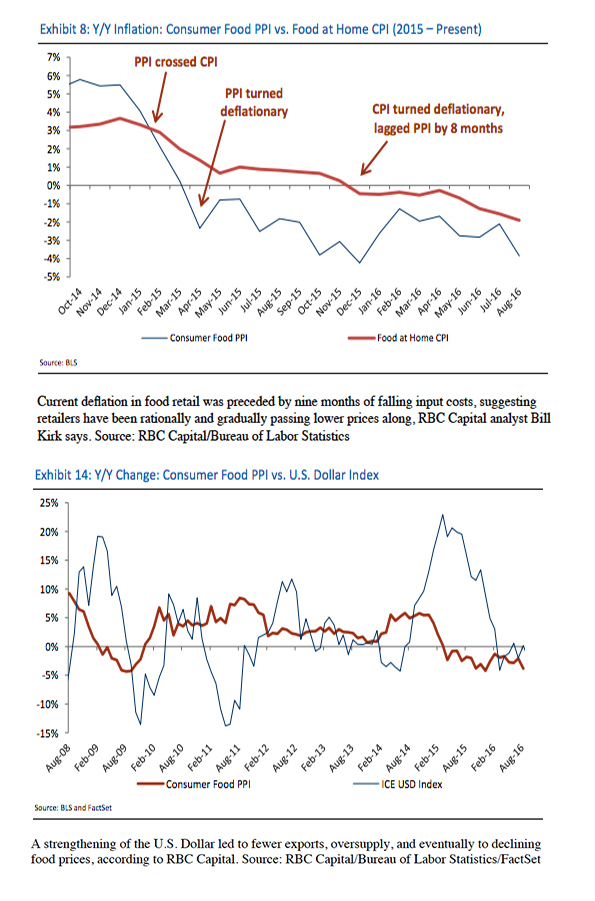 As previously reported, falling prices for food, led by meats and other proteins, is wreaking havoc with sales and earnings of food retailers including Sprouts Farmers Markets, Supervalu and Kroger, all of which adjusted their anticipated financial results in recent weeks as a result. The total food-at-home consumer price index has declined for nine consecutive months, an event some industry observers have called an alarming and unprecedented trend in an otherwise rebounding U.S. economy.

While some have suggested that weak demand, demographic changes and retailer behavior are at the heart of these challenges, Kirk argues otherwise. “It’s not a structural change or retailers irrationally racing to the bottom,” he said.

Citing figures from the USDA, the U.S. Department of Commerce and the U.S. Bureau, Kirk said U.S. agriculture exports declined in 2015, resulting in the smallest surplus since 2007. A surge in the year-over-year value of the U.S. dollar occurring last year in the meantime made U.S. exports more expensive from the perspective of foreign buyers.

Concerns that deflation has been led by decreasing domestic demand or by irrational retailer pricing actions are overblown, Kirk argued further.

That retailers haven’t been leading the charge to lower prices is evident in their having taken prices up for the first eight months of input costs going down, he added. Passing lower costs onto consumers has been gradual, Kirk added, not picking up steam until the summer “when protein elasticities were stronger.”