/sites/all/themes/penton_subtheme_supermarketnews/images/logos/footer.png
Recent
Recent
Schnucks names Jada Reese chief people officer
Jan 27, 2023
Drugstores adjust pharmacy hours amid staffing challenges
Jan 27, 2023
Organic? We’ll see what the USDA has to say about that.
Jan 24, 2023
Dollar Tree names Rick Dreiling CEO
Jan 24, 2023
Retailers were eager to be back together at the 21st annual Friends dinner at FMI
Jan 24, 2023
Featured
Podcast: Foodservice at retail ramps up
Jan 26, 2023
5 things: The rotisserie chicken wars
Jan 20, 2023
Kroger and Albertsons merger: What lies ahead?
Dec 13, 2022
Are we on the verge of a new grocery landscape?
Dec 06, 2022 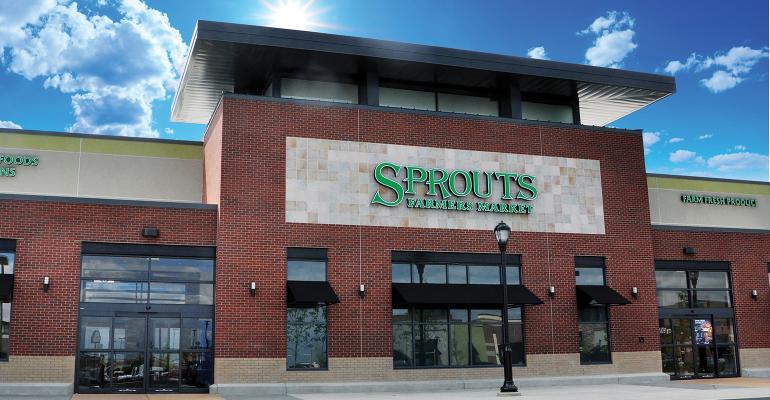 “We got exposed a little bit,” Maredia confessed at the Goldman Sachs Retailing Conference in New York, where a big topic of conversation was Sprouts’ downward revision of sales expectations announced earlier this week.

Sprouts, which relies more heavily on perishables as a percent of its overall sales mix than conventional competitors, proceeded into the melee more slowly than most, although Maredia said the company was now “in the zone where everybody is very aggressively priced.”

“[For] the retailer that started it, [getting more promotional] is a sure, short term gain of buying some traffic until everybody else gets into it, because our industry has always been very competitive and no one lays down on price,” he said.

“You can’t react overnight because you have a lot of commitments and promotions in the near term, so we got exposed a little bit,” he added. “But I think we’re back in the saddle and pushing hard and that’s where we sit today.”

Maredia said conditions were especially competitive in Houston, where regional and national players are battling. He declined to name the specific competitor but said one conventional operator “who leads in many ways with meat,” triggered much of the industry’s promotional battles.

Maredia said traffic at Sprouts dipped considerably until it was able to respond more competitively, explaining how comparable-store sales for the current quarter are expected to be flat vs. expectations of 3% to 4% growth announced only weeks earlier.

According to InfoScout, a technology company that studies consumer receipts, Sprouts was also experiencing a lower average ring and fewer items per basket in August as compared to August of 2015.