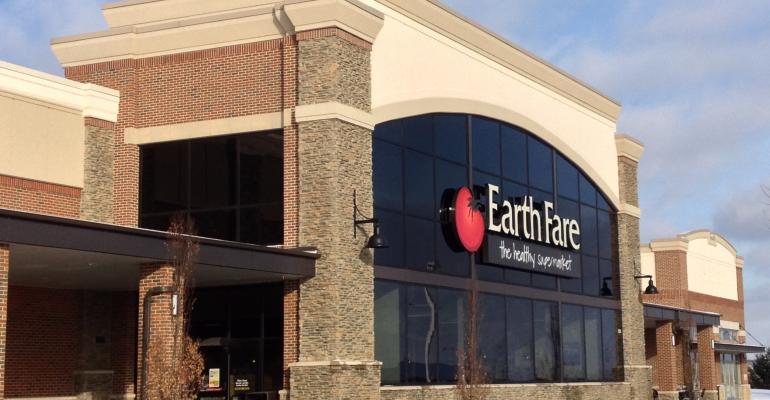 Holly Hildreth/Moment Mobile/Getty Images
Earth Fare filed for Chapter 11 with the U.S. Bankruptcy Court in Delaware on Feb. 4, a day after disclosing plans to close all of its stores, sell off its assets and go out of business.
News>Retail & Financial

Earth Fare, which filed for Chapter 11 bankruptcy protection last week, has retained A&G Real Estate Partners to market and sell all of its stores and leases and Hilco Streamback to do the same for its intellectual property.

A&G and Hilco announced the engagement with Earth Fare on Monday. The Asheville, N.C.-based natural and organic grocer filed for Chapter 11 with the U.S. Bankruptcy Court in Delaware on Feb. 4, a day after disclosing plans to close all of its stores, sell off its assets and go out of business.

Earth Fare has about 3,000 employees and operates 50 stores in 10 states, including Alabama, Florida, Georgia, Indiana, Michigan, North Carolina, Ohio, South Carolina, Tennessee and Virginia. More than half of the locations are in Florida (14) and North Carolina (13).

Earth Fare’s stores range in size from 17,000 to 38,000 square feet, but most are around 25,000 square feet, according to Emilio Amendola, co-president of A&G Real Estate Partners. Melville, N.Y.-based A&G noted that the store present strong opportunities for expanding food retailers.

“We anticipate strong interest among well-capitalized grocers with forward-looking business models,” Amendola said in a statement.

Liquidation sales for inventory and fixtures are under way at the Earth Fare stores. The retailer said the sales kicked off Feb. 4 and offer discounts of up to 30% while supplies last, including all items in the produce, grocery, deli, dairy, frozen, bakery, bulk foods and wellness departments.Amendola reported that the sales are slated to end by Feb. 29.

“Many of these stores are in great shape, with nice interiors and fixtures that are typical of the specialty organic category,” according to Joseph McKeska, senior managing director at A&G and a 28-year veteran of the grocery retail sector. “The opportunity to acquire fully fixtured, very young or recently renovated properties is not available very often and gives buyers a fantastic opportunity to enter a turnkey location and be up and running with very little down time.”

In announcing its plans to shut down, Earth Fare said it would close its stores and corporate office and divest its assets “in whole or in parts.”

“The brand has a rich history in the health and wellness retail market and is well-known for holding food manufacturers to the highest standards," stated David Peress, executive vice president at Hilco, an advisory firm specializing in IP disposition and valuation. “The Earth Fare brand aligns with the values of today's consumer. It offered locally sourced meats and produce in the early 1980s and has been at the forefront of offering its customers products without such ingredients as artificial sweeteners and high-fructose corn syrup."

Founded in 1975, Earth Fare is currently controlled by Oak Hill Capital Partners, which along with an affiliate owns more than 74% of the grocery chain. New York-based Oak Hill had acquired a majority stake in the retailer in 2012.

In other news, a pair of Earth Fare employees reportedly have filed a class-action lawsuit charging that the retailer violated the Worker Adjustment and Retraining Notification Act (WARN) in moving to shut down its operations.

The two workers, from Earth Fare stores in Tennessee and Florida, filed the suit on behalf of 3,400 employees, according to The Charlotte Observer. They claim Earth Fare employees learned about the company’s plans to go out of business when the move was announced on Feb. 3. Under WARN, businesses are required to provide at least 60 calendar days advance written notice of a plant closing and mass layoff affecting 50 or more employees at a single site of employment. In the complaint, the workers seek at least 60 days of pay and benefits from the date that Earth Fare announced the store closings, the Observer reported.

When announcing shutdown plans on Feb. 3, Earth Fare said employees were notified of the impending headquarters and store closings in compliance with WARN. The act makes exceptions regarding advance notice when layoffs result “due to unforeseeable business circumstances, faltering companies and natural disasters.” The Observer noted that a bankruptcy judge would first have to allow the claim before a decision could be reached on the suit.