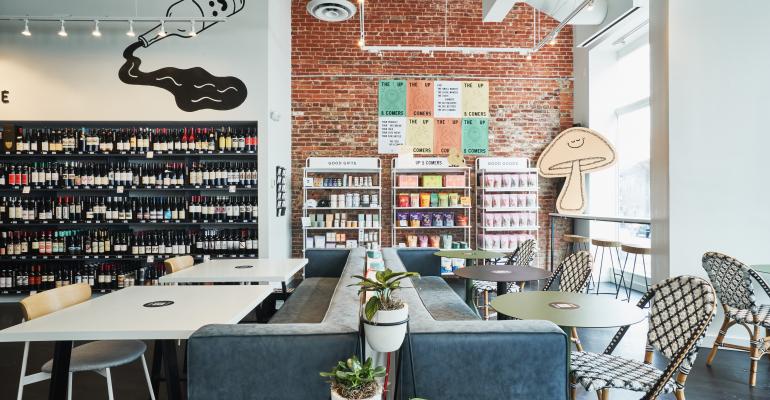 Foxtrot Market, a fast-growing chain of upscale, delivery-focused corner stores and cafés with eight locations in Chicago and Dallas, is expanding to the East Coast with the opening of two stores in Washington, D.C.

The new store openings follow last month’s announcement of $42 million in new funding that will be used to scale the company in D.C. and within its existing markets.

The two new stores bring Foxtrot’s total to 12 locations, with plans to add as many as nine stores in 2021. Launched as a delivery-only service by University of Chicago business student — and now CEO — Mike LaVitola in 2014, the company quickly moved into brick-and-mortar by reinventing the standard convenience store with smart merchandising, a hip atmosphere and a novel digital component. Customers can either browse Foxtrot’s curated selection of local, natural, emerging and conventional products in-store or shop its menu online, with doorstep delivery guaranteed in less than one hour. For those not local to a Foxtrot location, a curated selection of gift bundles is also available for nationwide shipping through the retailer’s Ship Shop platform.

"Our D.C. openings are the culmination of several years exploring neighborhoods, meeting with local makers, and tasting all the best this amazing city has to offer,” said LaVitola. “We're looking forward to introducing our unique blend of curation and convenience to Washingtonians.” 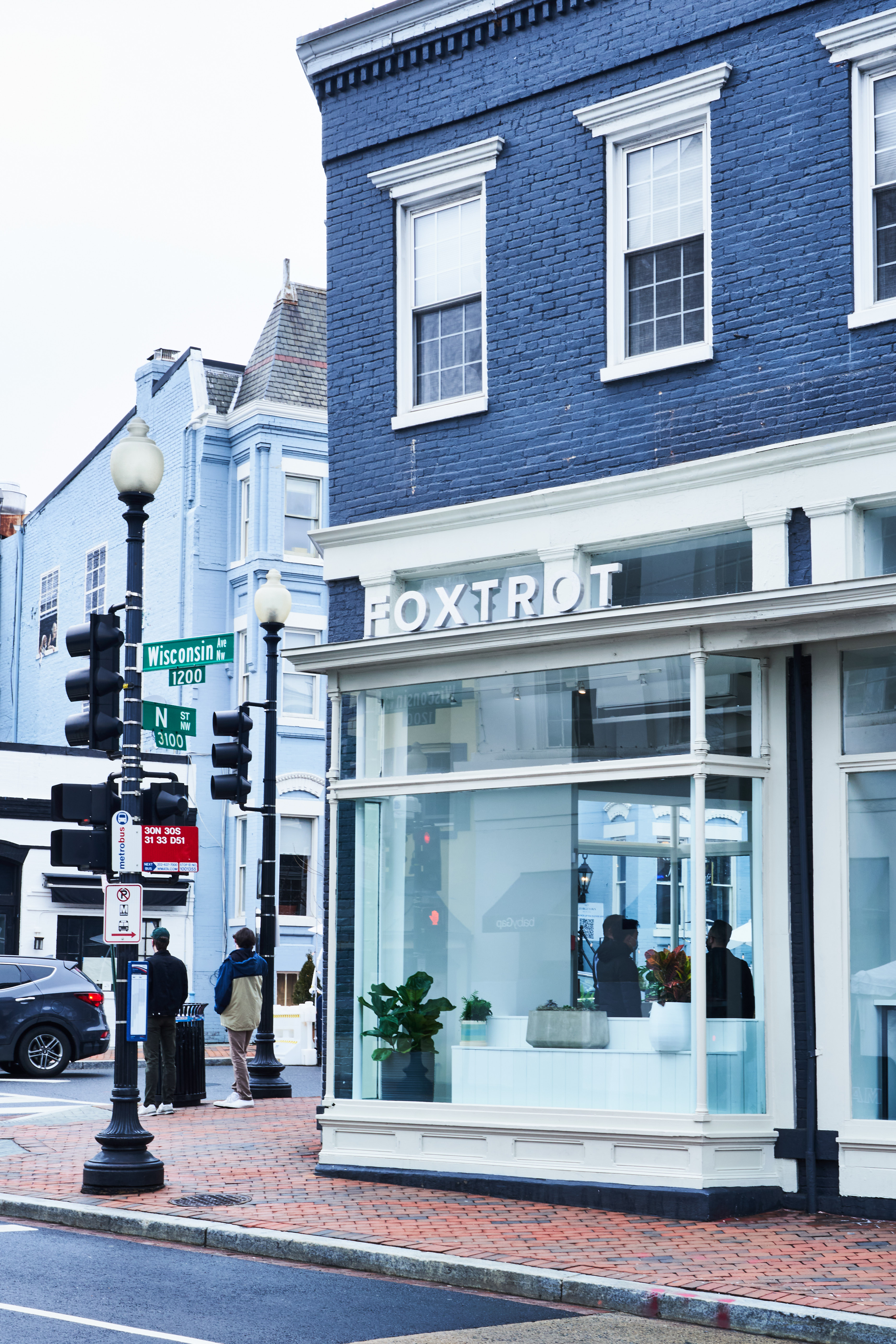 Foxtrot will be celebrating its grand opening in Georgetown with several on-location activations and giveaways that highlight local brands and the values of Foxtrot.

Foxtrot will include local D.C. brand favorites Ice Cream Jubilee, Vigilante Coffee, Mason Dixie, Pluma by Bluebird Bakery and ANXO Cider, to name a few. Dedicated to supporting local producers in all its stores, Foxtrot’s team spent months testing, vetting and meeting D.C. makers one-on-one to learn more about their products. The company also recently concluded its inaugural Up and Comers Small Makers Awards in search of the next great brands. Northern Virginia-based Surprisingly Baked, indulgent cookies with a “surprise” inside, was voted as the D.C.-area fan favorite, earning them $8,000 in marketing support and placement in Foxtrot’s D.C. stores upon opening. 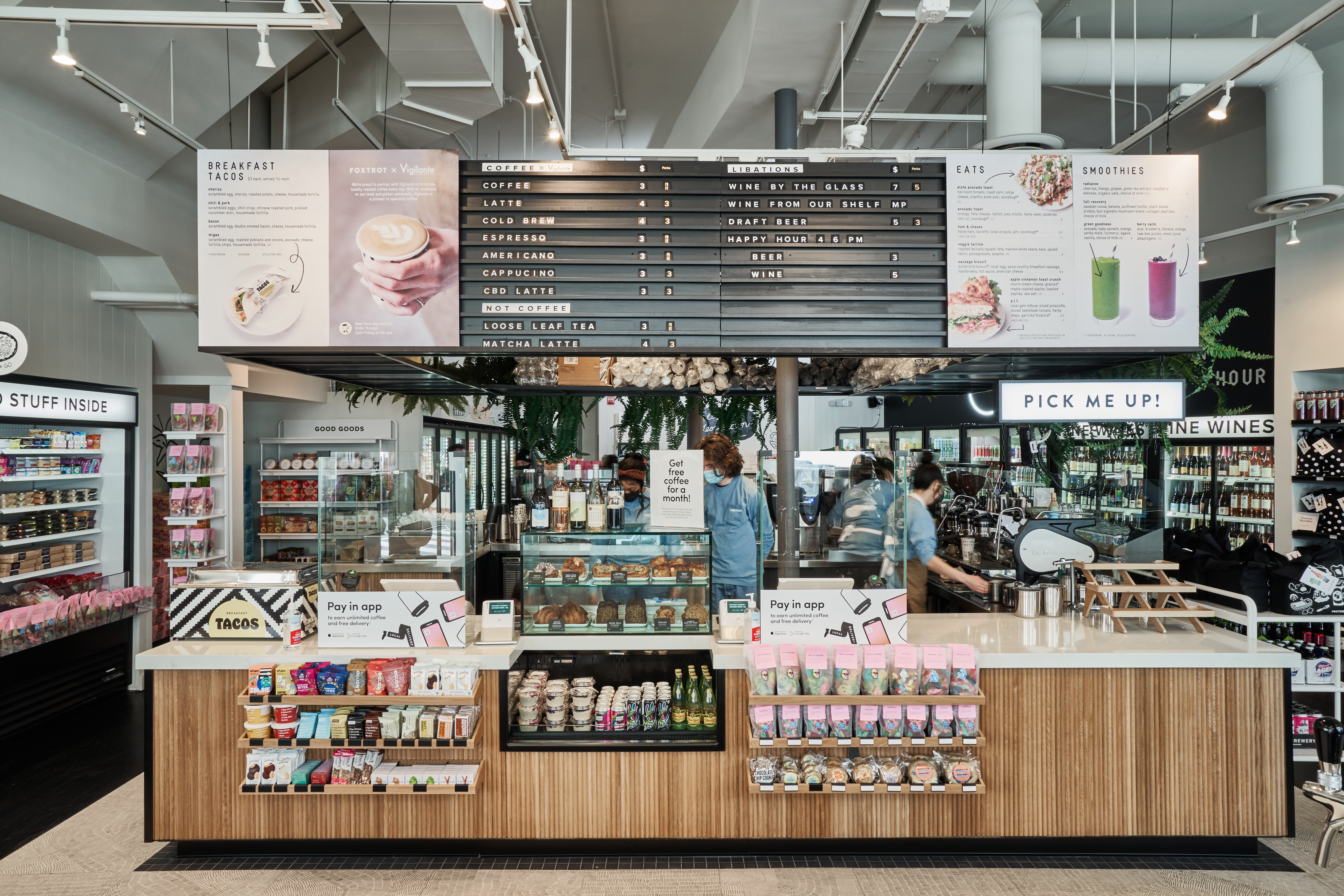 Both new D.C. stores feature a coffee bar and an extensive selection of beer and wine curated by Foxtrot’s in-house sommelier.

With every delivery order made at the Georgetown store on Monday, March 1, and Tuesday, March 2, Foxtrot will donate the delivery fees to the Power of 10 Initiative, the restaurant industry non-profit initiative created by Chef Yang, whose mission is to bring restaurant workers back to work and provide access to food for those who need it the most. Additionally, Foxtrot will be celebrating its grand opening in Georgetown with several on-location activations and giveaways that highlight local brands and the values of Foxtrot.

Because of Foxtrot’s small footprint, the stores can more easily fit into dense urban residential areas, enabling convenient in-store shopping and local delivery. “We’ve seen a lot of interest from developers wanting to partner with us to bring Foxtrot to other parts of the country as part of their multiuse or office buildings,” LaVitola said.