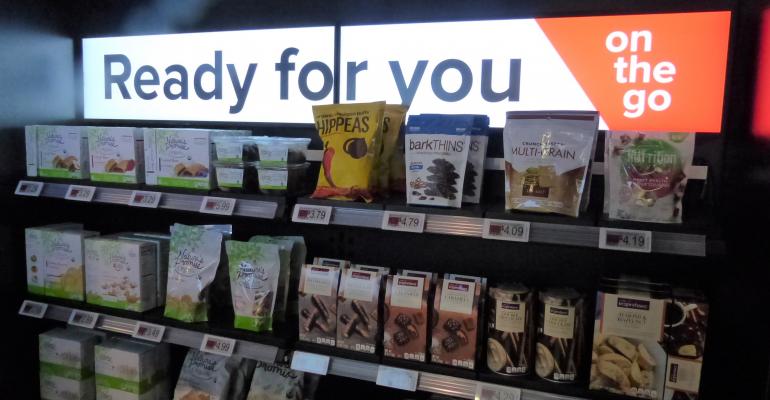 Since a late 2019 U.S. pilot of its “lunchbox” frictionless retail concept, Ahold Delhaize USA sees possibilities for the technology that stretch beyond its own stores, facilities and geographic market to other venues and users.

“Where we think we're going with it, that's what we're working on now,” Scorza said in an interview at a lunchbox demo store in the NRF booth of tech partner Intel. “We believe it would be to places where we don't have a traditional store.”

Offering a curated selection of food and beverages and other groceries, lunchbox enables shoppers to make purchases by scanning in via an RBS mobile app as they enter, selecting items and then walking out. Customers register ahead of time to set up an account to tally transactions and make payment, either through a credit/debit card or digital wallet. Shoppers receive a receipt on their smartphone immediately after exiting the store, which runs 24/7. 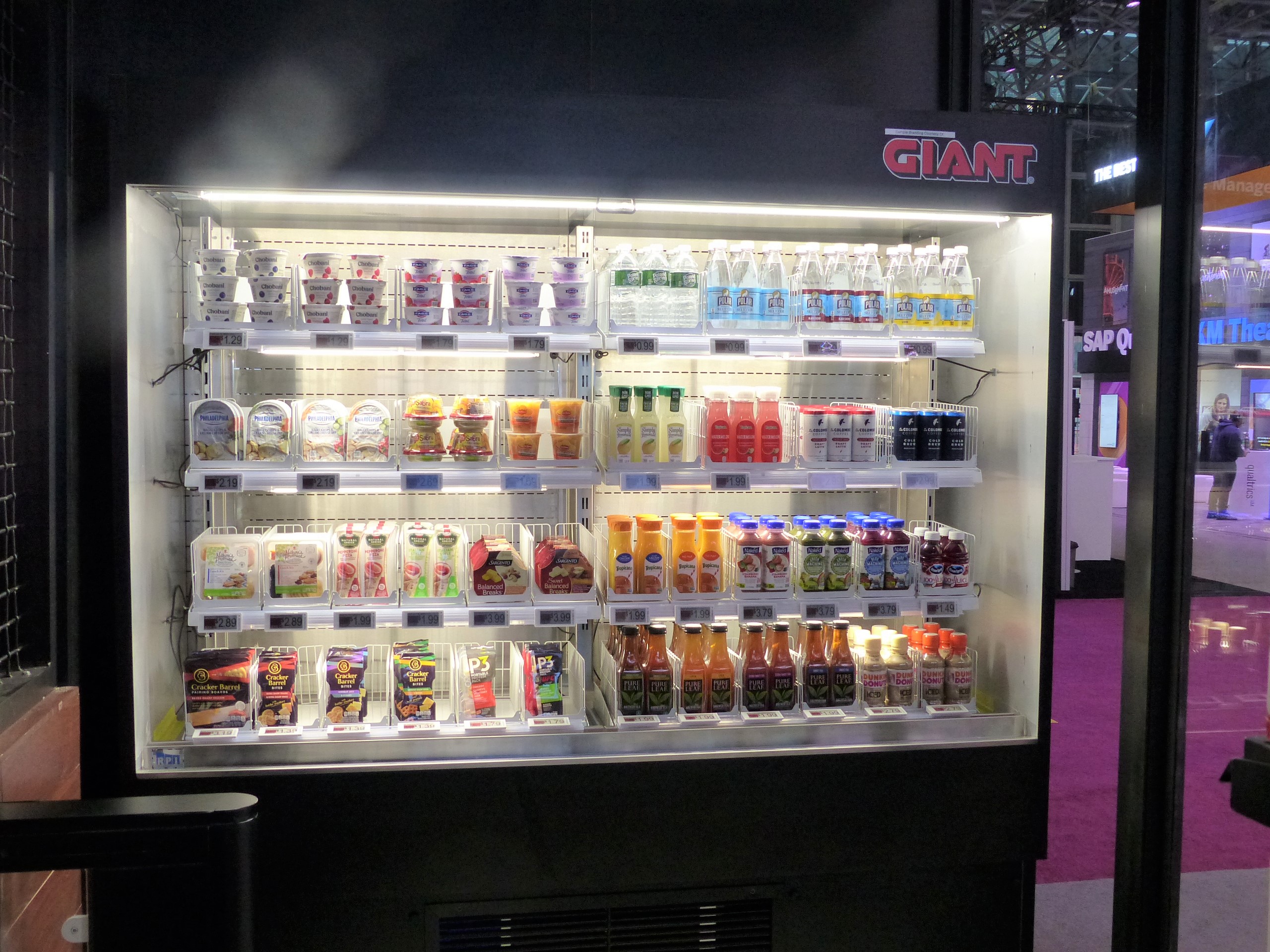 RBS is now piloting two lunchbox stores, at its office in Quincy, Mass., and at a Giant Food Stores distribution center in Carlisle, Pa.

RBS began testing a 150-square-foot lunchbox in November by the cafeteria of its office in Quincy, Mass. Then last week, a 500-square-foot lunchbox launched at a Giant Food Stores distribution center in Carlisle, Pa., which had no cafeteria. Scorza said other sites being considered are alongside the cafeterias at Giant’s Carlisle headquarters and RBS’ home base in Salisbury, N.C. Products in the current lunchbox stores are supplied by the local Ahold Delhaize USA grocery brands: Giant in Carlisle and Stop & Shop in Quincy.

Other potential locations include airport and train stations, office buildings, college campuses, convention centers and gas stations, according to Scorza.

“We're looking to see if we could deploy something like this anywhere in the U.S. and not with our own brand, but possibly with somebody else’s,” he said.

Under such a scenario, RBS would act as a service provider, selling a turnkey frictionless retail solution and support in tandem with its tech partners. And the products sold can go beyond food.

“If we sold it to somebody on the West Coast, it's not going to be our brand. It's going to whatever their supermarket brand is. And by the way, it doesn't have to be grocery. We've actually had interest from some people on other things like computer supplies,” Scorza said, adding that lunchbox also has drawn international interest. “It's the technology. It doesn't matter what you put on the shelf — whatever you want to sell.”

That includes other food retailers. “You could put it anywhere in the country. A local grocery could buy the technology, put in their own product and fulfill it themselves,” he said. 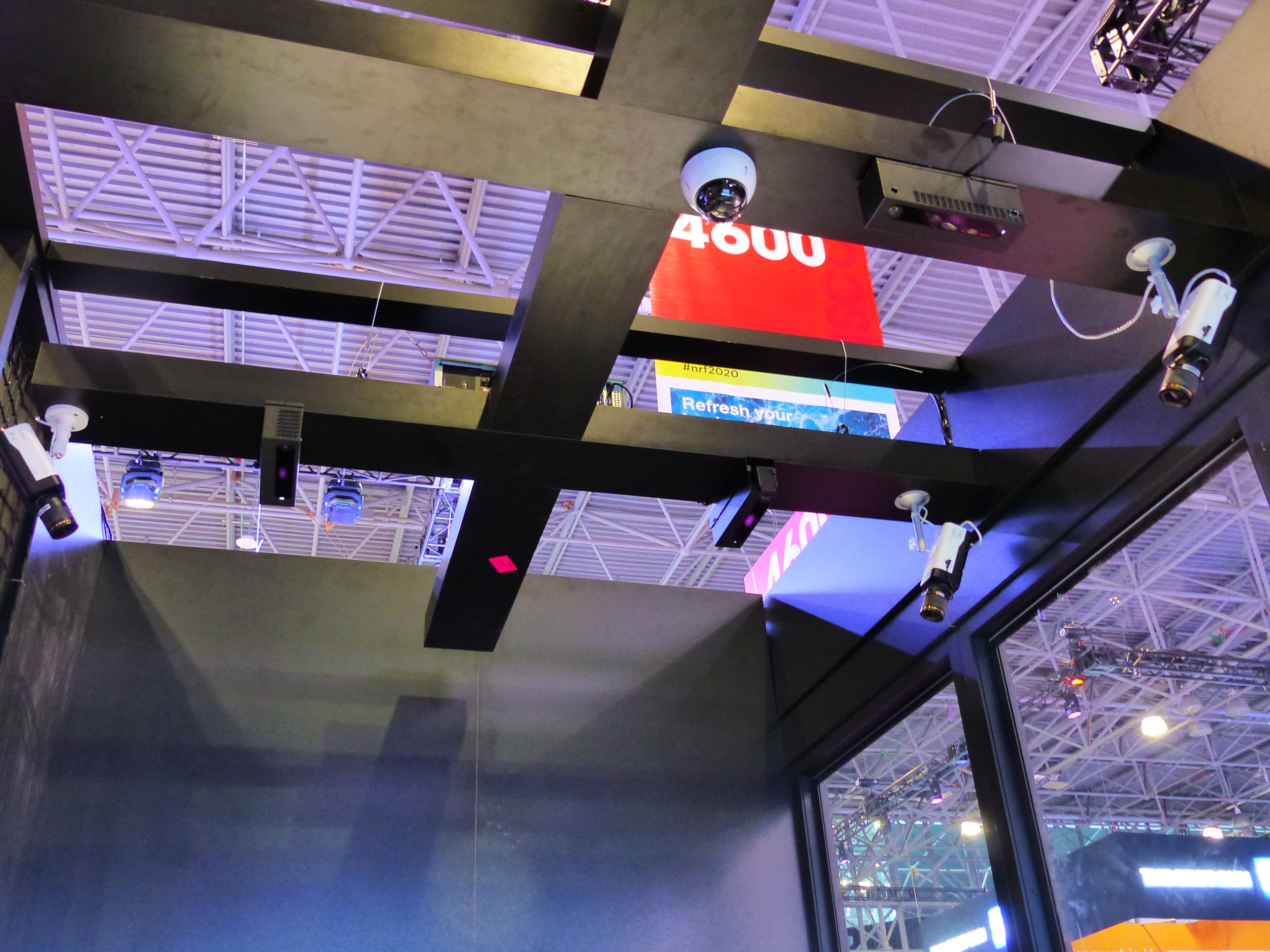 Cameras help track products being removed and returned to the shelf.

In terms of size, RBS expects lunchbox stores to typically be several hundred square feet, but the concept could be scaled much bigger.

“The store sizes we’ve highlighted are 300 to 450 square feet,” said Kenneth Bolick, senior director of innovation and enterprise mobility at RBS. “The underlying technology is being used in stores in Asia that go up to about 2,000 square feet, and there are some brands not within the Ahold Delhaize USA family that are looking at up to 10,000 square feet.”

RBS partnered with systems integrator UST Global to develop the store, which uses autonomous store technology from Intel solutions partner CloudPick. Products removed from shelves are detected by artificial intelligence (AI) technologies, IoT devices and sensors, and edge computing optimized with the Intel CloudPick OpenVINO toolkit. Anonymous body skeletal tracking connects the products taken to the shopper who removed them from the shelf.

“We've gone into two [RBS] offices in Massachusetts and Pennsylvania to provide their team members with quick, grab-and-go lunch items, snacks and beverages that normally they wouldn't be able to get without having to stand in the for checkout,” said James Margrave, senior business analyst at UST Global. “So we were able to deploy in those offices by using some of their existing technology within their retail application and by integrating some simple configurations within the store, between the motion detection cameras looking at the detection of each item and weight sensors in the shelves. All three of those configurations work into the algorithm so that you can get your receipt within seconds of walking out the door.” 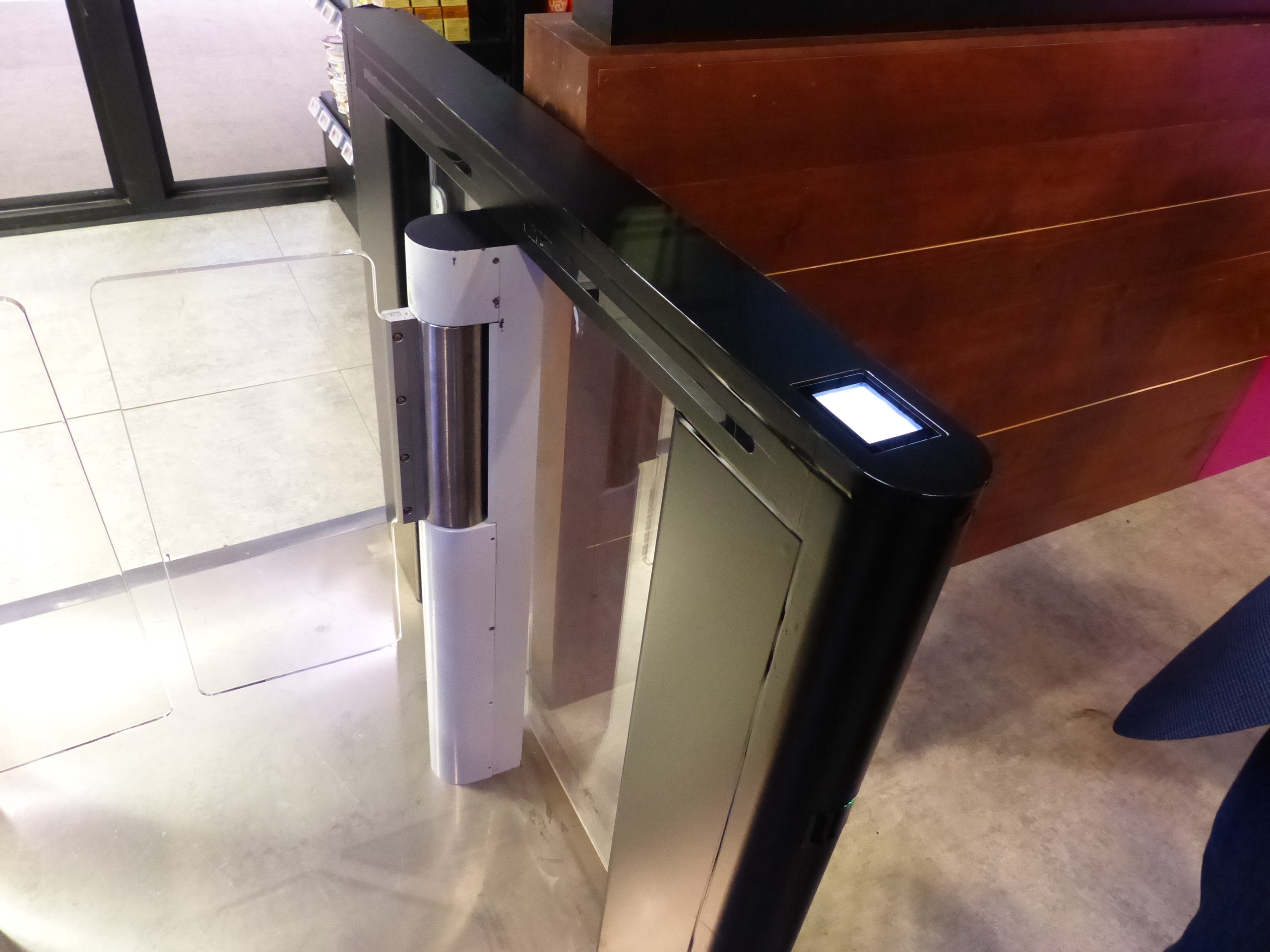 Customers enter by scanning a QR code in a mobile app.

Robert Schrupp, an RBS software engineer who was part of the lunchbox development team, gave a demonstration of the store concept in Intel’s NRF booth.

“We have weighted shelves to determine when an item is picked up or put down,” Schrupp said. “We have motion sensors that detect when someone is reaching into a shelf and walking about the store, as well as visual cameras that this was the oatmeal that I picked up versus the fruit cup.”

A big plus for the lunchbox frictionless retail concept is efficient deployment, as a store can be set up in as soon as six weeks.

“It’s tough on the ROI to try to build out a whole store; it’s expensive to do that. So they're going into corporate environments,” said Alec Gefrides, general manager of transactional retail at Intel. “It’s more of a controlled environment, and they’re doing well going down the corporate path.”