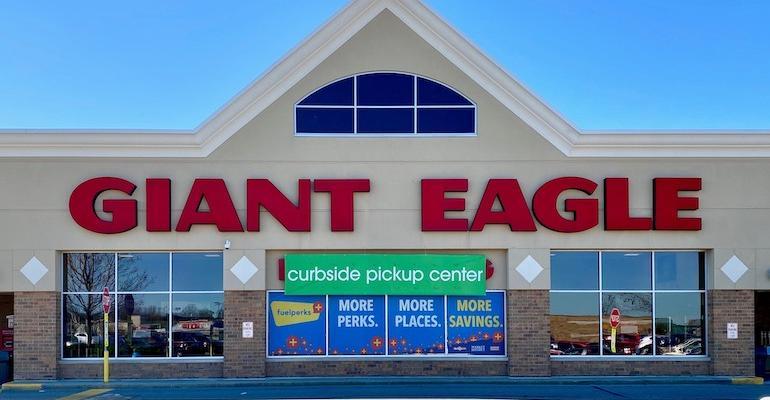 Giant Eagle
MyPerks members will have access to special pricing that offers savings of up to 20% on more than 1,000 items across the store, Giant Eagle said.
News>Retail & Financial

Giant Eagle has enhanced its myPerks customer loyalty program to bring shoppers more savings as they contend with elevated food prices due to high inflation.

Effective immediately, myPerks members will have access to special pricing that offers savings of up to 20% on more than 1,000 key competitive items across aisles at Giant Eagle and Giant Eagle Market District supermarkets, the Pittsburgh-based grocer said Tuesday. Giant Eagle noted that the new, lower prices are aimed at helping customers manage their grocery expenses while still being able to buy the products most important to their households.

“The past two years have been challenging for our communities, and we recognize that value has become a necessity for our guests who are trying to maintain their budgets,” Jannah Jablonowski, a Giant Eagle spokesperson, said in a statement. “The understanding has inspired the launch of myPerks as we push beyond a traditional loyalty program to deliver a meaningful value platform that supports our guests through today’s challenges and gives Giant Eagle the ability to expand and grow benefits as the world continues to shift, presenting new challenges for consumers.”

Items with the myPerks pricing are identified by a blue shelf tag, which will show the lower price available to members. More than 1,000 national-brand and Giant Eagle-brand items throughout the store — including meat, dairy and produce — will carry the special myPerks pricing, namely in departments that have been notably impacted by inflation, according to Giant Eagle.

Earlier this month, the U.S. Bureau of Labor Statistics (BLS) reported that April’s food-at-home Consumer Price Index climbed 10.8% year over year, surpassing the 10% uptick in March, which marked the largest 12-month increase since March 1981. Monthly gains in the food-at-home index also have remained sharp thus far in 2022, rising 0.9% in April after gains of 1.5% in March, 1.4% in February and 1% in January.

Giant Eagle added that it also has extended the expiration of all Perks through the end of 2022, giving customers with more time to accrue Perks and maximize savings. Every 50 Perks earned gets members $1 off their grocery or gas purchase.

“We are hopeful that our latest effort, the launch of myPerks pricing, will help ease the pressure of inflation for our guests who have been making difficult decisions about how to stretch their dollars,” Jablonowski commented.