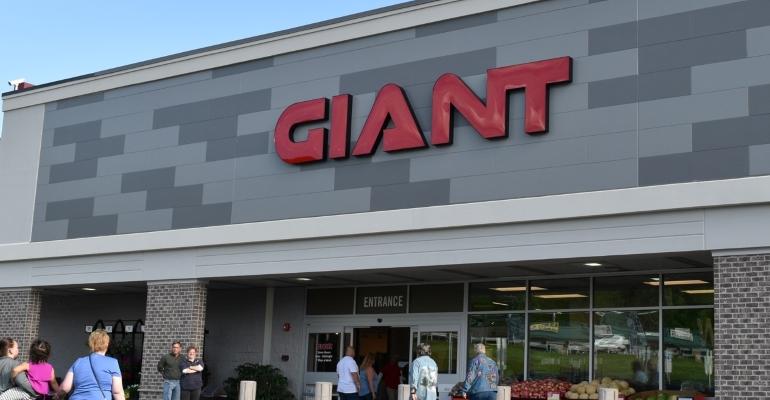 Next month, Giant Food Stores plans to reopen stores in Pennsylvania’s Lancaster and Lebanon counties from its acquisition of independent grocer Musser’s Market.

Under the deal, announced in August and closing in October, Giant purchased Musser’s three supermarkets in Quarryville (35 Friendly Drive), Columbia (3985 Columbia Ave.) and Lebanon (1750 Quentin Road), Pa. The Lebanon store is slated to open under the Giant banner on Nov. 1, followed by by the Columbia and Quarryville stores on Nov. 8, Carlisle, Pa.-based Giant said Wednesday.

Each location shut for about a week to be converted to a Giant supermarket. More than 300 full- and part-time associates will be employed at the three stores, including about 220 from Musser’s. Besides extended hours, from 6 a.m. to 10 p.m. daily, the new stores will feature Giant’s signature fresh departments, expanded product variety and new offerings.

“We look forward to opening the doors to our three newest stores, which will be updated with plenty of Giant’s fresh ideas and amenities, while also keeping customer favorites like Musser’s bakery cookies, assorted pork sausages and signature chicken salad,” Giant Food Stores President Nicholas Bertram said in a statement. “We know how important these stores are to their local communities, and it’s our privilege to be able to serve our new neighbors.”

At the grand opening and ribbon-cutting events at each store, the first 200 customers will receive a Giant reusable shopping bag filled with product samples, 200 Giant Choice Rewards points and other special savings. Giant also said Wednesday that it has named three grocery veterans as managers of the new stores: Kim O’Hara at the Lebanon Giant, Erin Arnold at the Columbia Giant and Nicole McMillan at the Quarryville Giant.

Including the rebannered Musser’s supermarkets, Giant will have 161 stores in Pennsylvania, which has been the focus of its expansion. Most recently, the grocer opened a Giant Heirloom Market on Aug. 2 in Philadelphia, the second of four urban-format stores slated to open in the city this year. The company also soon plans to open a new Giant supermarket in East Stroudsburg.

In the fall of 2020, Giant is slated to open a 65,000-square-foot flagship store in the River Walk project, a mixed-use development in downtown Philadelphia. The location will be Giant’s first two-story store and its second full supermarket in the city.