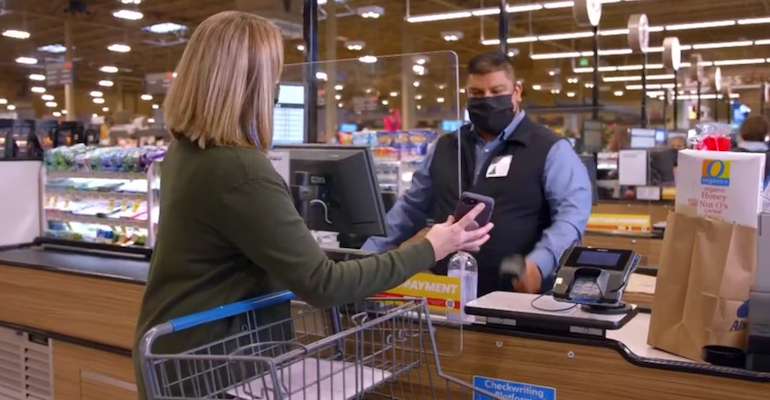 Grocery store sales up over 9% for March

March U.S. retail and foodservice sales totaled $665.73 billion (seasonally adjusted), up 0.5% from February and 6.9% from March 21, the U.S. Census Bureau reported in advance estimates released last week. Retail trade sales — excluding motor vehicles and parts stores, gas and repair stations — grew 0.4% sequentially to $590.37 billion in March and were up 5.5% from a year earlier.

The National Retail Federation (NRF) noted that overall retail sales grew in March even as inflation escalated. Last Tuesday, the U.S. Bureau of Labor Statistics (BLS) reported that the March Consumer Price Index (for all urban consumers) rose 8.5% year over year (unadjusted), with the food-at-home index swelling 10%, the largest 12-month increase since March 1981.

“March retail sales show that consumers have maintained their ability to spend in the face of record-level inflation, supply chain issues and geopolitical unrest,” NRF President and CEO Matthew Shay said in a statement. “Consumers are adapting and shopping smarter for themselves and their families. We believe the strength of the consumer can carry the economy through this considerable economic uncertainty if policymakers implement measured policies and do not overreact to current conditions.”

Washington-based NRF’s retail sales estimate — which excludes automobile dealers, gas stations and restaurants to focus on core retail — showed March was unchanged seasonally adjusted from February but up 4% unadjusted year over year. In February, sales were down 0.7% month over month but up 13.2% year over year.

March sales gained in all but two categories on both a monthly and yearly basis, with year-over-year increase led by grocery, clothing and furniture stores, according to NRF. Grocery and beverage stores saw sales rise 1% month over month seasonally adjusted and 7.9% unadjusted year over year.

“While prices soared in March and eroded spending power, shoppers remained resilient and sales were healthy,” NRF Chief Economist Jack Kleinhenz explained. “Consumers have the willingness to spend, and their ability to do so has been supported by rapid hiring, increased wages, larger-than-usual tax refunds and the use of credit. They are largely dealing with the shock of gas prices but will be facing higher interest rates as the Federal Reserve tightens monetary policy in the coming months. The challenge for the Fed is to cool off demand without pushing the economy into a dramatic slowdown.”

NRF added that its retail sales figures were up 8.6% unadjusted year over year on a three-month moving average through March, in line with its forecast of retail sales growing between 6% and 8% to $4.86 trillion to $4.95 trillion for 2022.