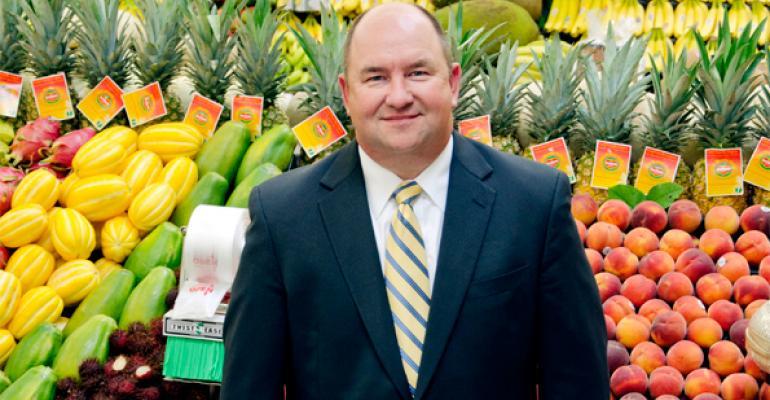 As FMI chairman, Randy Edeker, who has been at the helm of Hy-Vee since 2012, will chair the supermarket industry’s largest retail trade group as it moves forward under a new identity.
News>Retail & Financial

Edeker takes the reins as FMI chairman for the 2020-21 term from Joseph Sheridan, president and chief operating officer of Wakefern Food Corp., who becomes immediate past chairman on the FMI board of directors. Sheridan chaired FMI for the 2018-19 period.

Leslie Sarasin, president and CEO of FMI-The Food Industry Association, remains in that post on the board. All board officers and chairman’s appointees serve two-year terms.

Related: At Northgate Gonzalez Market, the focus is on family

“FMI views the marketplace — in its many manifestations — as the place where the food industry fulfills its mission of feeding and enriching society. We embrace the full breadth of the food industry, particularly as companies become more interconnected and vertically integrated up and down the supply chain,” Sarasin said in a statement. “I am especially grateful to our immediate past chairman, Joe Sheridan, along with the entire FMI Executive Committee, for their vital role in influencing our direction to activate and enact our 2019-approved strategic plan. Now, under Randy Edeker’s leadership, we will lead with a renewed focus in this expanded food marketplace.”

Edeker, who has been at the helm of Hy-Vee since 2012, will chair the supermarket industry’s largest retail trade group as it moves forward under a new identity. Last week, just a couple of days before the Midwinter Executive Conference launched on Jan. 23, the Arlington, Va.-based organization unveiled a name change from the Food Marketing Institute to FMI-The Food Industry Association.

The rebranding aims to widen FMI’s focus from its traditional membership of grocery and other food retailers to include their suppliers and other business partners. In announcing the new identity, Sarasin said FMI still “views retail as the heart of the food industry” but noted that representation of the food sector demands an “expanded aperture” to reflect the “array of experiences of today’s grocery shopper” and the interconnected supply chain. 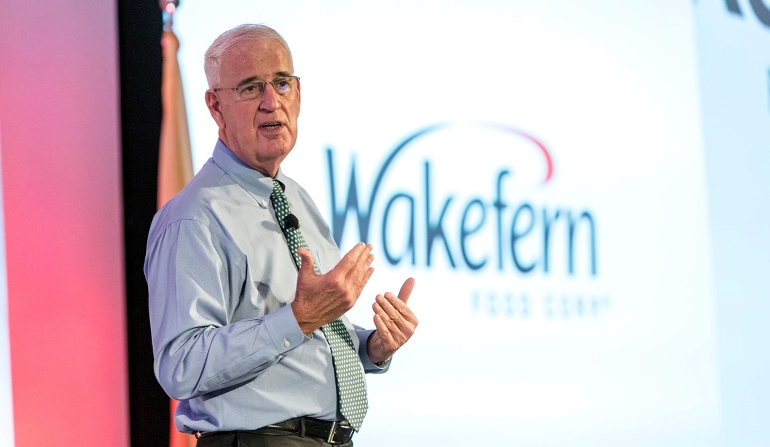 And joining the FMI board as product supplier members are Mary Barnard of Mondelez International, Steven Oakland of TreeHouse Foods, Michael Potthoff of Anheuser-Busch and Steven Williams of PepsiCo.

In addition, on Sunday, the FMI Foundation recognized recognized eight food retailers, two suppliers and one community collaborator with Gold Plate Awards for 2019 initiatives that helped families achieve one more meal each week at home. The awards for the meal solutions programs were presented at Stir It Up!, the foundation’s annual fundraising event at the conference.

Campbell Soup Co. earned a Gold Plate Award in the supplier category, with an honorable mention for Eggland’s Best, while the National Pork Board was recognized in the community collaborator category.

The 2020 FMI Midwinter Executive Conference drew nearly 1,100 attendees, including 248 retailer/wholesaler and 93 supplier attendees, representing 35 states and five countries. The next conference is slated to be held Jan. 22-25, 2021, FMI said.