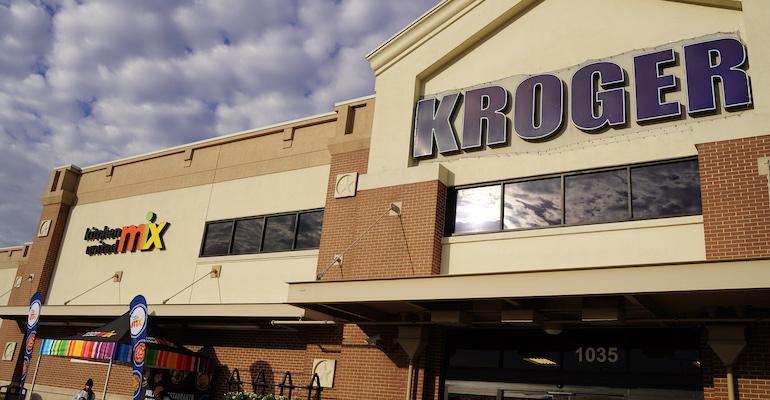 The Kroger Co.
The Kroger Co. now has Kitchen United MIX 'restaurant hubs' in three stores, including Kroger supermarkets in Dallas and Houston and a Ralph's grocery store in Westwood, Calif.
News>Retail & Financial

Under its Kitchen United MIX banner, Kitchen United operates ghost kitchens that provide “virtual food courts” at various venues, including stores, malls and other public spaces. Customers place orders online, through a mobile device or via an in-person ordering kiosk using Kitchen United’s MIX platform and then pick up their meals on-site or have them delivered. Restaurant staff prepare the orders, with delivery service fees set by third-party providers.

“We see many commercial opportunities in partnering with Kitchen United as it prepares for considerable scale,” Kevin Lewis, chief marketing officer at Toronto-based Alimentation Couche-Tard, which operates more than 14,000 convenience and/or fuel stores in 24 countries and territories. “We believe this business stands apart from other industry players with its centralized locations, multi-format offerings, experienced management team and mature technology stack — all of which align with Circle K’s mission to make our customers’ lives a little easier every day as we work together to shape the future of convenience.”

Last week, Kitchen United said it opened its third MIX location inside a Kroger Co. supermarket, this time at the grocer’s Kroger-banner store at 5665 East Mockingbird La. in Dallas. Since the national partnership with Kitchen United was unveiled last August, Kroger opened restaurant kitchens inside a Ralph’s supermarket in Westwood, Calif., in January and inside a Kroger grocery store in Houston in February.

“When our customers think of food, they think of Kroger,” Dan De La Rosa, group vice president of fresh merchandising for Cincinnati-based Kroger, commented on the opening of the Kitchen United MIX in the Dallas Kroger store. “The Kitchen United collaboration provides the fresh, on-demand meals our customers crave. It is one more innovative example of how Kroger is fulfilling its commitment to anything, anywhere, anytime.”

Besides Kroger, in the past two years, Kitchen United also has unveiled collaborations at Simon mall properties nationwide. The company said it now has about 200 operational kitchens across 20 regions — with plans to “significantly increase its technological and physical footprint in the near term — and has seen triple-digit, top-line growth for three straight years.