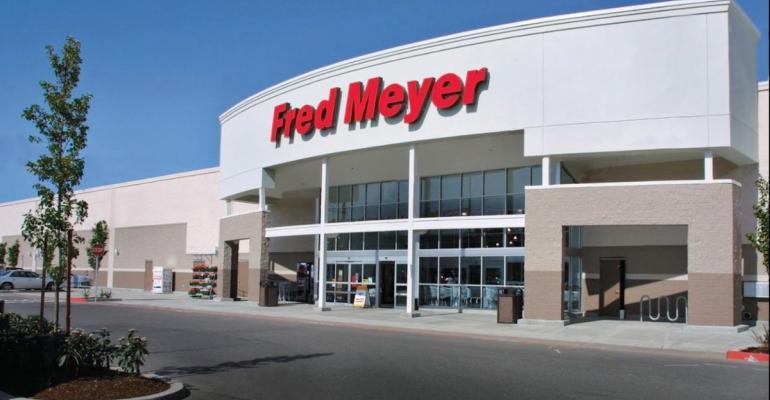 The Kroger Co., parent of Fred Meyer and QFC, said Friday that the funds transfer from the Sound Retirement Trust plan will stabilize pension benefits for more than 10,600 of the chains’ associates, limit market risk and reduce administrative costs. The transfer has been approved by the UFCW Consolidated Pension Plan and the Pension Benefit Guaranty Corp., the federal agency that regulates private-sector pension plans.

“I am delighted we have reached an agreement to address the underfunding of the Sound Retirement Trust, which is ineligible for relief under the Emergency Pension Plan Relief Act of 2021,” Gary Millerchip, chief financial officer at Cincinnati-based Kroger, said in a statement. “This agreement is a great outcome for our associates, as it better protects previously earned benefits and will stabilize future benefits.”

Kroger noted that it will cost the company about $310 million (after-tax) to transfer the $400 million in net accrued pension liabilities (pretax), which cover associate and retiree payments for past service. Plans call for Kroger to transfer the funds from the Sound Retirement Trust to the UFCW Consolidated Pension Plan in installment payments over the next six years, resulting in an estimated charge of 40 cents per diluted share to first-quarter 2021 net earnings on a GAAP basis.

For the affected Fred Meyer and QFC employees, benefits for future service will accrue in a newly created variable-annuity pension plan (VAPP) administered by the Sound Retirement Trust, Kroger said.

“As with previously announced pension restructuring agreements, this agreement allows us to minimize future exposure to market risk, produces a return on investment above our internal hurdle rate by mitigating future costs, and provides a more secure future for our associates' pension benefits,” according to Millerchip. “The proactive steps Kroger has taken over many years to address the significant underfunding challenges faced by multi-employer pension plans puts us in a position of strength to continue to deliver strong and sustainable total shareholder return.”

At the end of November, 20 UFCW locals covering 33,000 Kroger Co. associates across 14 divisions ratified an agreement to withdraw from the UFCW International Union-Industry Pension Fund and transition to a new VAPP. UFCW unions representing employees from Albertsons Cos. and Ahold Delhaize USA’s Stop & Shop chain also agreed to the transition, unveiled in July. Kroger and Stop & Shop worked with UFCW to create the UFCW and Employer’s Variable Annuity Pension Plan (VAPP) to provide future pension benefits.

In connection with the transition, Kroger is slated to pay about $760 million after tax in installments to the national pension fund over the next three years. The company noted at the time that the agreement sets a pension benefit formula for its contributions to the new plan through June 2028, fixing the terms of its collectively bargained pension obligation with the 20 UFCW locals for the next eight years.