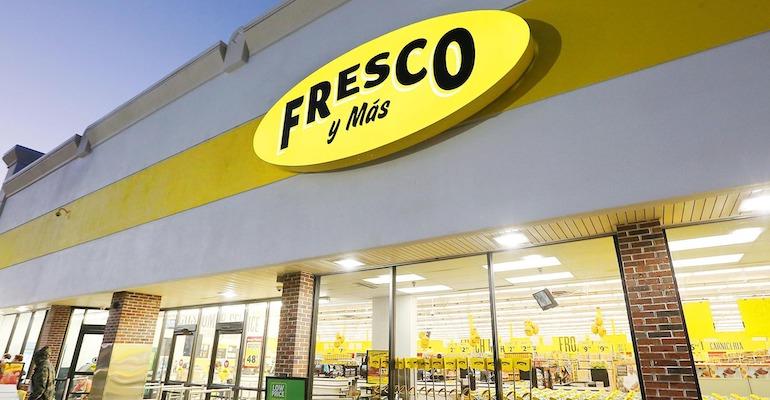 Southeastern Grocers is expanding its Fresco y Más supermarket banner with a pair of new stores.

Plans call for the Hispanic grocery chain to open stores in Deltona and Tampa, Fla., in early November, Southeastern Grocers said yesterday. The two new stores would give Fresco y Más 29 locations overall. Most of its supermarkets are in South Florida, but the chain also has several units in Orlando in central Florida and Tampa on the Gulf side. The Deltona store brings the banner north of Orlando.

The new Deltona and Tampa Fresco y Más stores will introduce new, authentic flavors and offerings, according to the Jacksonville, Fla.-based retailer. Highlights include a full-service Latin butcher shop (carnicería) with an expanded selection of custom-cut meats, plus a new bakery (panadería) with a café where shoppers can indulge in a slice of tres leches cake or a croquette as well as drink a cup of fresh-brewed Cuban coffee in the new café.

Fresco y Más has been a growth vehicle for Jacksonville, Fla.-based Southeastern Grocers, which earlier this year planned an initial public offering but ended up shelving the IPO.  After just five years, Fresco y Más has grown to 27 stores, including the opening of its first locations outside South Florida in 2018. The most recently opened store, which debuted last October in Lehigh Acres, Fla., expanded the banner to southwestern Florida.

“Since the creation and implementation of our Fresco y Más banner in 2016, we have established a strong local following within our [27] stores by providing an authentic shopping experience targeted at the rapidly growing Hispanic demographic,” Southeastern Grocers said in its IPO prospectus.

The company noted that 76% of its store base — led by Winn-Dixie (about 87% of stores) and including Harveys Supermarket, as well as Fresco y Más — is located in Florida, the third-most populous state with an expanding population.

“According to the U.S. Census Bureau, approximately 26% of Florida's population is Hispanic and growing at a rate significantly above the broader population,” Southeastern Grocers stated in the filing. “We believe our Fresco y Más banner, which was developed organically to address the market opportunity presented by this demographic shift, as well as our Winn-Dixie and Harveys banners, are well-positioned to deliver a unique and compelling offering to this growing and underserved segment of the population.” 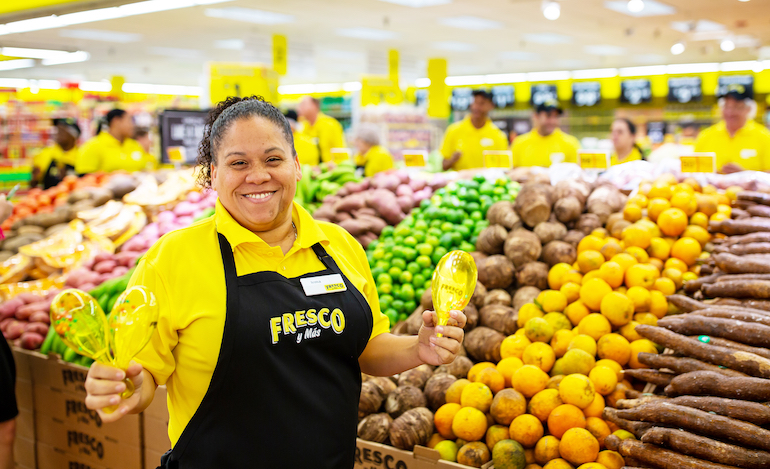 Southeastern Grocers said the announcement of the new Fresco y Más stores in Deltona and Tampa coincides with its celebration of National Hispanic Heritage Month, which runs from mid-September to mid-October.

“At Southeastern Grocers, we are committed to engaging, cultivating and enriching the lives of individuals and families in our community through the celebration of diverse cultures,” President and CEO Anthony Hucker said in a statement. “Over the past five years, we have had the wonderful opportunity to introduce fresh, authentic Hispanic flavors into new communities and we are thrilled to continue our Fresco y Más expansion in the state of Florida, while celebrating Hispanic Heritage Month both inside and outside of our stores.”

As part of the celebration, Southeastern Grocers plans to host its first Hispanic Heritage Cooking Competition for a Cause on Oct. 15. The competition will air live on Facebook at 6 p.m. and feature four nonprofit organizations that will compete for a grand prize of $5,000 to help further their work in local communities. Customers are invited to help select the organizations ahead of the event when online voting opens on the Fresco y Más and Winn-Dixie Facebook pages on Sept. 24, the retailer said. The competition will feature MasterChef finalist John Pardo as a judge and be held at the Mariano Moreno Culinary Institute in Miami.

Also through Oct. 15, Southeastern Grocers said it will observe Hispanic Heritage Month via celebrations planned by the retailer’s Pa’lante group Hispanic associate resource team. Company associates will have the opportunity to participate in virtual cooking lessons to learn how to make authentic paella and arroz imperial. They also will join executive leaders for an afternoon “cafecito” to gain insights on Hispanic shopping trends and be able to participate in online Zumba and Salsa lessons.