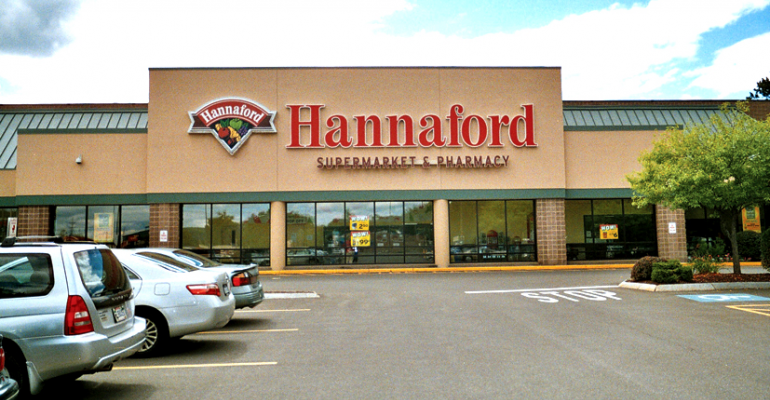 &quot;The overall improvement in customer perception has not been enough.&quot; &mdash;FRANS MULLER, Delhaize

Delhaize’s new CEO on Thursday detailed decisive new priorities for the international retailer, shifting resources toward building back market share and profitability at its Food Lion and Hannaford brands, and — for now — stepping away from a previous strategy to grow a new discount banner.

Frans Muller, who took over as CEO in November, said his plan would emphasize consumer-centric positioning and market share gains, delivered with efficiency and speed. He said investment in 2014 would be allocated to core properties, while operations with less share and/or profit potential — including the fledgling Bottom Dollar discount banner — will face review.

In the U.S., the plan will result in assortment changes and store format evolution at Food Lion, where price and service investments over the past three years have delivered new sales momentum but “the overall improvement in customer perception has not been enough,” Muller said.

At Hannaford, price investments will continue and the Hannaford To Go Internet shopping option will be accelerated with 10 new click-and-collect points to be added this year. Both chains will see revamped private label programs. Muller said the changes are part of an effort to stabilize profitability following years of investments designed to spark sales momentum and stem market share declines at its core U.S. banners.

“It’s obvious that Delhaize Group has to address a couple of real issues,” Muller said. “Our profitability at Delhaize America and Delhaize Belgium has eroded in recent years. It’s to a high degree self-inflicted as we had to step up our price investment and promotional activities in order to maintain our market share and improve our revenue performance.”

Muller’s remarks came as the retailer reviewed financial results for the fourth quarter and fiscal year.

Muller detailed how the recently completed brand repositioning at Food Lion has stemmed market share and volume losses, but noted the Southeast chain still lags competitors in terms of sales per square foot and share of its shoppers’ overall food spend. To address this the chain is implementing a switch from what Muller described as vendor-driven to customer-driven assortments in center store that will result in a 50% turnover in assortments at stores.

Of 19,000 SKUs reviewed in center store departments, 6,700 items will be discontinued and 3,330 new items added, for an 18% reduction overall, Muller said. These changes are rolling out gradually at Food Lion, with around half of the project to be completed by year-end, Muller said.

Muller said the assortment changes would not harm margins, as the loss of manufacturer rebates would be made up for with a more relevant consumer selection and by an expansion of higher-margin private brands.

In the meantime, 77 stores will be testing and fine-tuning various elements of the newly launched “easy, fresh and affordable” brand and store format. Each of these stores will see approximately $1.5 million in new investment this year as Food Lion tests various combinations of new front-end configurations, a chilled produce room, self-service deli and other new elements introduced at a concept store in Concord, N.C., that opened in December. These results will help to determine capital expenditures required beginning early next year.

Muller noted that Food Lion today captures only 18% of its shoppers’ total food spend compared to around 26% for a selected group of its peers including Bi-Lo, Harris Teeter, Publix, and Giant-Carlisle. “We are very optimistic we can narrow this gap,” he said.

Food Lion maintains a No. 1 or No. 2 market share position at 72% of its stores. Muller said the company would review the remaining 28% of its stores this year — roughly 300 units — to determine which “can win or cannot win.” He also said the company would like to “deepen our footprints in those markets where we already have high relative market share,” with new stores and bolt-on acquisitions where practical.

While Delhaize’s Hannaford banner has maintained its market share, sales and profitability are under attack as competitors like Market Basket, Whole Foods, ShopRite and Wal-Mart have expanded in its New England base, Muller said. Delhaize will combat this by continuing an ongoing program of price investments, work to expand the Hannaford to Go Internet shopping option and invest in differentiating the brand including an ongoing assortment review. The latter program will likely result in fewer changes than are now underway at Food Lion, Muller said.

Bottom Dollar Food, Delhaize’s nascent soft discount format, was re-launched in 2010 as a means of growth into new markets and considered a major point of the “New Game Plan” strategy of Muller’s predecessor Pierre Olivier-Beckers. Officials as recently as 2012 said they envisioned “several hundred” stores would open over the next five years but Muller on Thursday did not commit to any new openings pending a review of the division’s profitability.

Bottom Dollar “made tremendous progress in 2013,” Muller said, “and the team is completely engaged to make sure that they make the next steps in making this business model more profitable. That’s the task at Bottom Dollar Food.”

As previously disclosed, total sales in the U.S. in the fourth quarter increased 2.6% to $4.3 billion, with comparable-store sales increasing by 2.8%. Underlying operating margin was 3% for the quarter 3.7% for the year — down from 3.6% and 4%, respectively, in the previous-year periods. Margins were impacted by price investments at Food Lion and Hannaford, offset partly by volume growth and control on cost of goods.