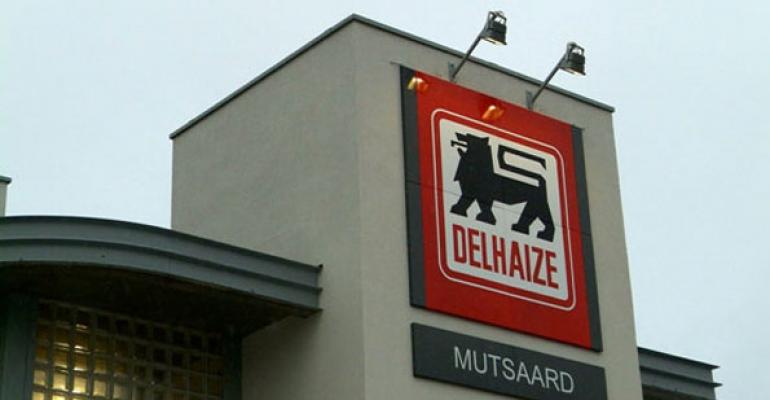 BRUSSELS — Frans Muller officially took over the chief executive role at Delhaize Group this month, inheriting a company with renewed sales momentum in the U.S. but facing profit pressure from investments in price.

In recorded remarks posted on the Delhaize Group website, Muller said visiting with vendors and employees in recent weeks has increased his confidence as he takes over for former CEO Pierre-Olivier Beckers, who retired Nov. 7.

“Our people, who make the difference in retail, have a focus on the top line, have a passion for food and a deep understanding of what our customers expect from us. And this makes me very confident that in the coming months and years we can build to create the full potential of Delhaize Group.”

It appears that Muller may also be keeping Delhaize’s chief financial officer. Pierre Bouchut, in a conference call last week discussing third-quarter financial results, acknowledged industry speculation around his future but said he looked forward to working with Muller. Reports from France in recent weeks said Bouchut was a finalist to be named CFO of Veolia Environment, but that company last week filled the role with another candidate.

“There is no certainty in life,” Bouchut replied when asked by an analyst to comment on his future with Delhaize, “but let me tell you two things. First of all, I am confident in the value creation potential at Delhaize for the coming years. And second, having worked with Frans [Muller] over the last four weeks or so, I’m confident he’s addressing the right issues with the right energy, the right determination and right spirit, and therefore I look forward to partnering with him in the coming years.”

Additional price investments in international markets triggered an overall net loss of around $112 million (U.S.) for the quarter — a figure below analyst estimates. Worldwide revenues of $7.1 billion (U.S.) were flat compared with the same period a year ago.

Underlying profit in the U.S. declined by 20.2% to $169 million, and operating margins were down by a full percentage point to 3.9% of sales. The decrease is a result of released bonus accrual in the third quarter last year and lower gross margins at Hannaford and Food Lion as a result of price investments, officials said.

The results do not include the Sweetbay, Harveys and Reid’s banners, which are being acquired by Bi-Lo Holdings. Delhaize said that the deal is likely to close in the first quarter of 2014, rather than the fourth quarter of 2013 as expected previously.

Food Lion, which last week celebrated grand reopenings of 169 stores representing the final phase of its rebranding initiative, will introduce its “unique selling proposition” at a pilot store next month in what Beckers described as the next step in the chain’s evolution. Various stores have been testing elements of the USP since earlier this year, which is meant to highlight Food Lion’s “easy, fresh and affordable” positioning.