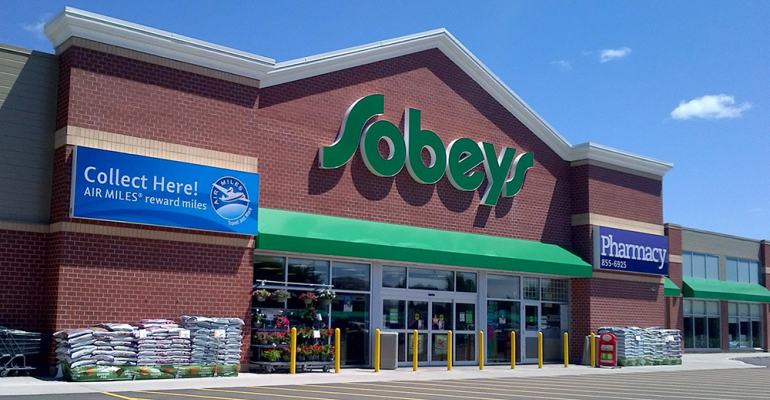 Sobeys
Same-store sales at Sobeys jumped 15% year over year and were up 18% excluding fuel.
News>Retail & Financial

CEO Michael Medline: ‘We saw market share gains that we would have been happy to achieve over the next five years’

For the quarter ended May 2, Empire totaled sales of $7.01 billion (Canadian), up 12.7% from $6.22 billion a year earlier. Same-store sales jumped 15% year over year and were up 18% excluding fuel, the Stellarton, Nova Scotia-based food and drug retailer said yesterday. 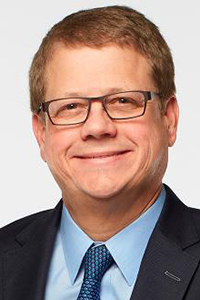 “The solid momentum we saw in the second half of the third quarter carried into the fourth quarter and was obviously really amplified by the impact of COVID,” Empire President and CEO Michael Medline (left) told analysts in a conference call on Thursday. “At the end of February, we began to see significantly higher same-store sales that peaked at 50% growth during the March 8 through March 21 period in all formats, excluding fuel, as customers stocked up in preparation for possible stay-at-home requirements. Sales excluding fuel and the impact of the Easter period then stabilized at a lower level of approximately 23% for the quarter.

“As stay-at-home restrictions were put in place, consumption shifted from restaurants and hospitality businesses to grocery stores. According to Nielsen, the Canadian grocery industry grew $3.7 billion (Canadian) in the 16 weeks ending April 25, and we were able to gain a significant portion of this market share. We believe, based on the data, that we gained the most market share over the past three months in both full-service and discount [grocery],” Medline explained. “To put it into perspective, we saw market share gains over the back half of the quarter that we would have been happy to achieve over the next five years.”

Since the coronavirus outbreak, customers have shown a predilection toward one-stop shopping, noted Medline.

“Our full-service format outperformed other brick-and-mortar food retail formats throughout this pandemic. As many customers sought to minimize their grocery store visits, they gravitated toward one-stop-shop grocery stores that met all their household needs,” he said. “Given that our store network is more heavily weighted toward full-service, we were positively impacted by this shift in behavior.”

The FreshCo discount banner also saw strong results in the quarter, fueled by consumer stockpiling as well as a brand refresh completed at all of the banner’s Ontario locations in the fall.

“Improved customer satisfaction and awareness resulted in very strong same-store sales gains at FreshCo early in the quarter and, combined with the impact of the stock-ups and increased baskets, positively impacted our discount business. Through the pandemic period in these times of high demand, we’ve been focused on ensuring cost to consumers are held in check and the prices continue to be competitive,” Medline said.

“FreshCo’s business outperformed other discounters and took market share from discount competitors in the markets where they compete,” he added. “FreshCo has a great price position but is also viewed by customers as a very clean and safe store to shop.”

Empire also expects more consumers to stick with online grocery services they turned to during the pandemic. Though the company didn’t disclose e-commerce sales growth figures for the fourth quarter, Medline said online sales in Quebec through IJA.net and in British Columbia via Thrifty Foods saw “exponential growth” and topped sales expectations since the COVID-19 crisis began.

“There was one five-week period where we hit the anticipated sales we had forecasted for the next year in Quebec and British Columbia,” he said. “We continue to have the No. 1 market share in Quebec for grocery e-commerce.” 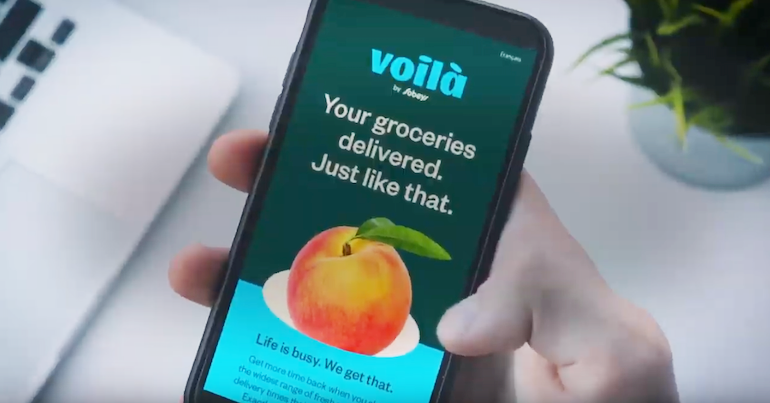 Plans call for Sobeys' Voilà online grocery home delivery to get under way in parts of the greater Toronto area in June and roll out across the rest of the market over the next few months.

Empire has expedited the customer launch of Voilà online grocery home delivery to meet the escalating demand. Employee pilots of the service were completed by the close of the fiscal year, and plans call for Voilà to get under way in parts of the greater Toronto area in June and roll out across the rest of the market over the next few months. The service will be powered by an Ocado automated warehouse in Vaughan, Ontario.

“While everyone is seeing spikes in their e-commerce grocery solutions, customers will automatically stay with online providers that deliver an exceptional experience,” according to Medline. “The world has turned in our direction: Automated, centrally picked grocery e-commerce is the future. I’m so glad we made the decision nearly three years ago to partner with Ocado and obtain exclusivity in Canada over their world-leading grocery technology. It is safe, with very little human contact, and it is profitable over the long term. Ocado’s end-to-end technology, combined with our freshness guarantee, affordable prices and white-glove delivery service, bring the best online grocery solution in the world to Canadians.”

Construction of Voilà’s second Ocado automated warehouse in Montreal was temporarily suspended due to COVID-19. Empire said building has resumed and the company is reevaluating its previously announced launch date of 2021. This second facility will support the Voilà par IGA home delivery service, serving Ottawa and cities in the Quebec.

Medline said e-commerce has been “supercharged” by the coronavirus outbreak. He estimated that online grocery accounted for about 1.5% of the market in Canada before the pandemic and now could more than triple to 5%.

“Canada is basically catching up to where the rest of the world was,” he said. “Brick-and-mortar will continue to rule in terms of market share for a very long time. But online will become more and more important and will grow the fastest. Online executed well will also put a halo over the brick-and-mortar brand.”

For the full 2020 fiscal year, Empire posted sales of $26.59 billion, up 5.8% from $25.14 billion in fiscal 2019. Besides the impact of COVID-19, Empire said the growth reflects improved performance across the business, the consolidation of a full year of Farm Boy results, the expansion of FreshCo in Western Canada and inflation.

“We are now halfway through our first quarter. Our store operations have started to return to a more normal state, if you can even call it that. All of our service counters are up and running, distribution centers are open and most stores have returned to their normal operating hours,” Medline said in the analyst call. “During the first six weeks of Q1, as province has gradually started to ease restrictions, we’ve seen same-store sales excluding fuel range from 9% to 17% and averaging 13%, slower now than at the beginning of the quarter. All of our grocery banners are performing well, but full-service stores continue to lead the way in same-store sales growth by a large margin.”

Analysts, on average, had projected adjusted net earnings per share of 62 cents for the fourth quarter and $2.14 for the fiscal year, according to Zacks Investment Research.

Empire also noted that the 2020 fiscal-year close marked the completion of Project Sunrise, its three-year plan — launched in the fiscal 2017 fourth quarter — to simplify the organizational structure and pare costs. The company said it achieved $250 million-plus in benefits during fiscal 2020, for an aggregate benefit of more than $550 million, an increase of over $50 million from original projections for the program. Driving the benefits, Empire said, were the completion of the category reset program, continued cost reductions and operational improvements.

“Now with the successful completion of Sunrise, we removed more than $550 million of costs and have a solid foundation to build on,” Medline said. “But we know we still have substantial value that we can extract from our business.”