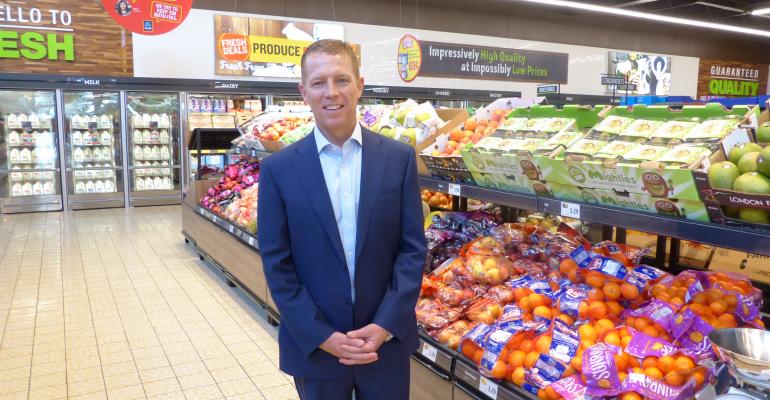 Russell Redman
According to CEO Jason Hart, Aldi U.S. remains on track to becoming the third-largest U.S. grocery retailer by store count by the end of 2022.
News>Retail & Financial

Despite a global pandemic that’s reshaping consumer behavior, Aldi U.S. CEO Jason Hart says the hard discount grocer is right where it needs to be.

Indeed, the Batavia, Ill.-based company’s next wave of expansion comes at a propitious time for its formula of quick-and-easy-to-shop stores, high-quality store brands and some of the lowest prices you’ll find anywhere. Not only have U.S. shoppers been buying more groceries and eating at home because of concerns about COVID-19, but they’ve also been grappling with rising food prices.

Aldi in recent weeks hit the 2,000 mark in U.S. store count and is now poised to enter two new states. A $5 billion, five-year growth strategy launched in 2017 calls for Aldi to remodel and/or expand more than 1,300 stores and extend its retail network from 1,700 to 2,500 stores by the close of 2022. Seventy new locations are slated to open by the end of this year. Earlier this month, Aldi was named as “Value Leader” and its private brands as the most preferred in Market Force Information’s Grocery Benchmark Study, which polled 10,000-plus U.S. consumers.

Hart, who has served as Aldi U.S. CEO since 2015 and been with the company since 1993, discussed Aldi’s growth in the U.S. market in an email interview last week with Supermarket News.

SN: What does it mean for Aldi U.S. to open its 2,000th store? Which location is that exactly? 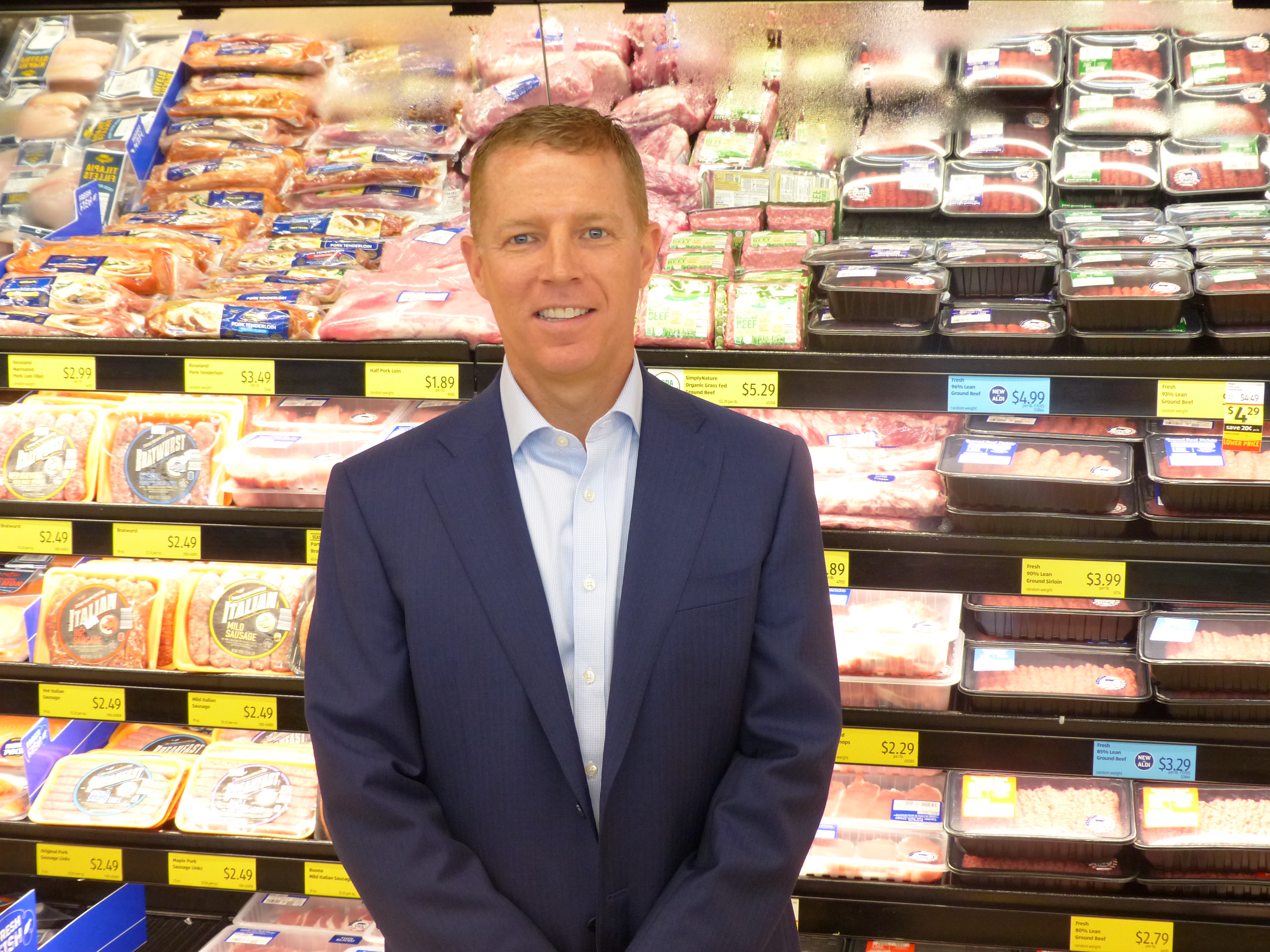 "The response to our new stores confirms what we knew to be true," said Aldi U.S. CEO Jason Hart. "No one wants to spend more money on groceries than they have to, and our innovative business model works for shoppers wherever they live."

SN: Where is ALDI at right now in its multi-year expansion plan? Has it proceeded on track — i.e., any impact from the pandemic? How many new stores does Aldi plan to open overall in 2020?

HART: We’re pleased to report the pandemic has not slowed our expansion plans, and Aldi remains on track to becoming the third-largest U.S. grocery retailer by store count by the end of 2022. We’ve actually accelerated some of our growth recently, including the rollout of our Curbside Grocery Pickup service to nearly 600 stores to better serve customers. We are continuing to monitor the COVID-19 situation and are doing everything we can to support as many customers as possible. We plan to open nearly 100 stores in 2020.

HART: Last year, we opened our first store in North Dakota, which became the 36th state we operate in. Our first stores in Arizona opening later this year will mark our presence in 37 states, and our future entry into Louisiana will expand that to 38 states.

SN: What’s the progress of the store remodel plan that Aldi began in February 2017? Is that completed?

HART: We have remodeled more than 850 stores since 2017, and our customers are thrilled with the results. We look forward to wrapping up the few stores that remain over the next two years.

SN: Has Aldi located any stores in new kinds of sites during this expansion? Or has its site selection approach remained basically the same? What’s the average store size?

HART: We are always exploring a variety of store opportunities in multiple markets across the country, and we carefully consider several factors when selecting locations for a new Aldi store, most of which average around 12,000 square feet in size. In the past few years, we’ve opened a handful of stores in mixed-use developments in cities like Minneapolis and Philadelphia. Ultimately, we want to be conveniently located for our customers.

SN: What has been the customer response as Aldi has entered new market areas?

HART: The response to our new stores confirms what we knew to be true: No one wants to spend more money on groceries than they have to, and our innovative business model works for shoppers wherever they live.

SN: How has Aldi’s business model fared during the COVID-19 crisis, in terms of operations and the consumer proposition?

HART: We’re committed to serving the community and supporting as many customers as possible during this challenging time. Our unique business model gives us the ability to be nimble in situations like this and adapt our products very quickly and provide the items customers need the most. Customer buying habits and demand are shifting as quickly, and we’re working closely with our suppliers to meet those shifts. No matter what happens, our focus remains on providing shoppers with the lowest possible prices on the products they want and need.