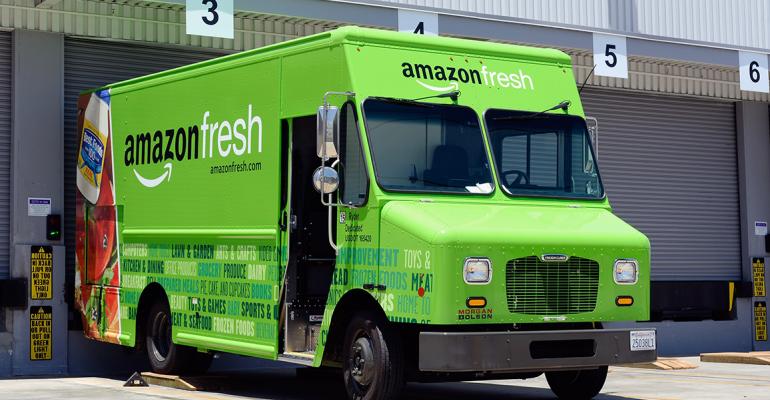 "We are excited about our relationship with Amazon," Staples said. "While still a relatively new account, the volume has been greater than we expected and we believe that it has significant growth potential. This relationship is a great example of our commitment to pursuing solutions for difficult logistic issues, and we continue to look at opportunities to grow sales with other non-traditional customers.

"It's been a great relationship," Staples added. "I think we were able to solve some operational issues for them, and I think our reputation with them expanded. That's how the Fresh group has gotten interested."

The company did not reveal the volume of business Amazon was providing, but it was one element of a wholesale distribution segment that grew sales and earnings in the quarter, helping to offset challenges to the company's military and retail segments, as reported by SN Wednesday.

SpartanNash on Thursday detailed several initiatives intended to boost retail sales, which have suffered under competitive pressures and low inflation: