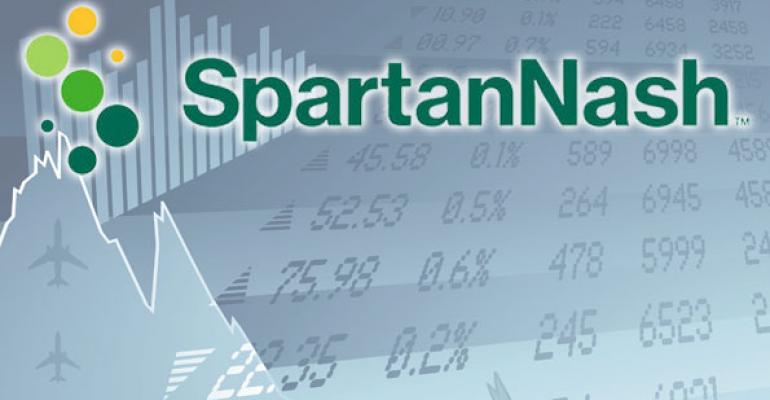 ​SpartanNash said Wednesday that sales in the fiscal first quarter slipped by 1.3% as struggles in its military and retail divisions wiped out the effect of new distribution customers.

Consolidated sales for the 16-week quarter ended March 23 totaled $2.3 billion. Earnings for the period were down by 9.3% due to higher restructuring costs, partially offset by lower expenses resulting from productivity and efficiency initiatives and lower merger and integration expenses.

"Our performance in the first quarter demonstrated our team's continued progress driving new business and achieving meaningful operational efficiencies and merger synergies,” Dennis Eidson, SpartanNash's president and CEO said. “We are generally pleased with our adjusted earnings especially considering the challenging operating environment. Despite the challenges, we are encouraged by the continued growth of our independent customer base and the traction of our merchandising and marketing programs."

SpartanNash, headquartered in Byron Center, Mich., said new customer wins helped drive higher sales in its distribution segment during the quarter, but that sales at retail were down due to competition, unfavorable weather and challenging economic conditions in some markets. Non-fuel comparable-store sales fell by 3.4% in the quarter.