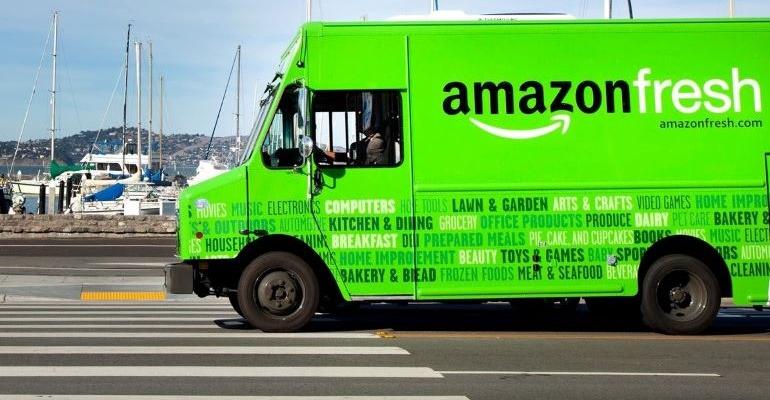 Storefronts next for AmazonFresh?

The Rockville, Md.-based market researcher said yesterday the recent addition of AmazonFresh to the Prime benefits package — essentially making grocery delivery a free service for members on orders of $35 or more (including via Prime Now and Prime Pantry) — signals more to come from Amazon in omnichannel grocery retailing.

“Integrating AmazonFresh as a free benefit for Prime members is yet another masterstroke from an online giant whose growth continues unabated. This is more than just becoming one more spoke in the Amazon Prime loyalty flywheel,” Packaged Facts said in a report Tuesday. “The announcement increases the odds that the AmazonFresh brand will soon be displayed across physical storefronts, where Packaged Facts envisions that click-and-collect and home delivery will be offered for free to Prime members.” 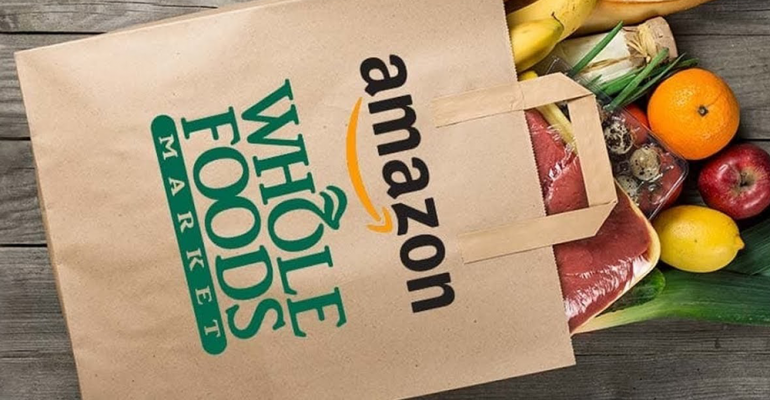 Industry buzz has continued about reported plans by Seattle-based Amazon to launch a supermarket chain separate from Whole Foods, acquired in 2017.

News that Amazon had a new grocery store business in the works emerged in early March. At the time, the Wall Street Journal said Amazon was in talks to open stores at shopping centers in San Francisco, Seattle, Chicago, Philadelphia and Washington, D.C., and was mulling potential acquisitions of small grocery retail chains.

Then in early October, the Journal reported that Amazon aims to open a chain of stores beginning in Los Angeles, Chicago and Philadelphia. Citing unnamed sources, the Journal said Amazon has signed more than a dozen leases in the Los Angeles area, starting with locations in Woodland Hills, Studio City and Irvine that could open by the end of this year. The stores would be part of dozens that Amazon plans to open nationwide. The retailer also is eyeing sites in metropolitan New York, New Jersey and Connecticut, including spaces of 20,000 to 40,000 square feet in shopping centers, the Journal said.

Amazon has declined to comment on reports about planned grocery stores — until this week. On Monday, CNet said an Amazon spokesperson confirmed that the company plans to open a grocery store in Woodland Hills, Calif., in 2020 and the store would be different from Whole Foods. In its report, CNet said it was tipped off by Amazon job postings for openings at “a new Amazon grocery store in Woodland Hills.” The positions included zone leader, grocery associate (two jobs) and foodservice associate.

Previously, AmazonFresh delivery cost $14.99 per month on top of the $119 annual Prime membership. In part because of the added fee, expansion of AmazonFresh lagged that of Prime Now, Amazon’s same-day grocery delivery and pickup service, including through Whole Foods stores.

“Behind the scenes, Amazon has clearly been trying to figure out how to balance AmazonFresh and Prime Now, its one- to two-hour delivery service,” Packaged Facts observed. “Since acquiring Whole Foods in 2017, Amazon seems to have given Prime Now more attention, leveraging the upscale natural and organic supermarket leader to build out its Prime Now footprint and put the service into high gear.”

Fifty-eight percent Prime Now users said they are "very satisfied" with the service, and another 32% are “somewhat satisfied,” according to a Packaged Facts survey in its “Amazon Strategies and the Amazon Shopper” (2nd edition) report. And in 2019, about 14% of Whole Foods customers used an online grocery delivery service, roughly three times the percentage of all U.S. adults who do so, the researcher said.

For the last two years, though, AmazonFresh “hasn't gotten as much love,” Packaged Facts noted, explaining that service availability “did not grow appreciably” and grocery product assortment fell below that of Prime Now. What’s more, use of AmazonFresh/Prime Pantry declined slightly in 2019, while use of online food/grocery ordering service surged 211% from 2014 to 2019, according to the research firm.

In announcing the elimination of fees for AmazonFresh two weeks ago, Amazon said it now provides fresh grocery delivery in more than 2,000 cities and towns, with plans to expand delivery and pickup service to more areas. The e-tailer also said it has improved the delivery speed for AmazonFresh — with one- and two-hour options in most AmazonFresh cities — and Prime members can shop Whole Foods stores online via Amazon.com or the Amazon app.

“Dropping monthly fees associated with AmazonFresh and instead making it a free benefit for Prime members is not just about re-energizing Amazon's online grocery service,” Packaged Facts said. “It suggests that Amazon intends to use the brand to grow beyond the limitations imposed by Whole Foods-Prime Now relationship.”