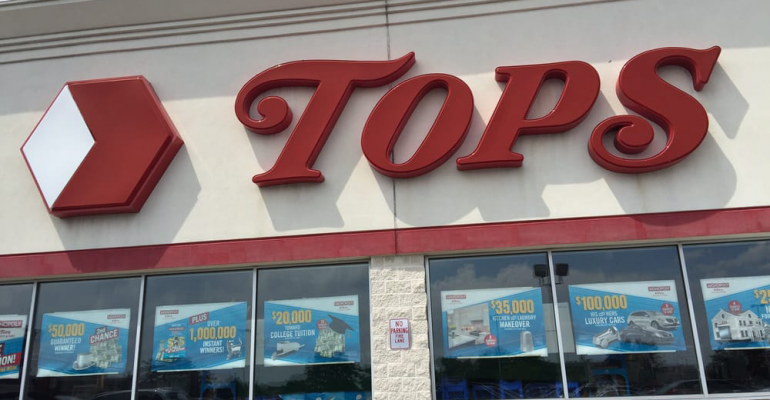 Tops Markets LLC has gained court approval for its reorganization plan and said it “shortly” expects to come out of Chapter 11 bankruptcy protection.

The Williamsville, N.Y.-based supermarket chain, which operates under the name Tops Friendly Markets, said Thursday that the U.S. Bankruptcy Court for the Southern District of New York has confirmed its restructuring plan, which is slated to be completed soon.

“We are pleased to receive the court’s approval of our plan and are poised to emerge from this process an even stronger and more competitive company,” Tops CEO Frank Curci said in a statement.

Tops filed for Chapter 11 on Feb. 21 and, in court filings, said it expected to exit bankruptcy protection in about six months. At the time of the filing, the company cited assets of about $977 million and liabilities of approximately $1.18 billion as of the end of 2017.

In mid-April, Tops asked for court permission to close underperforming stores. The company noted that “the vast majority” of its then 174 stores “are already sustainable profit centers, showing strong sales numbers” and offering the potential to generate strong cash flow in the coming years. But some stores have “consistently underperformed,” the retailer said. The court gave the go-ahead for the closings in May.

A day before filing its reorganization plan in late August, Tops announced that it would shut 10 stores in upstate New York by the end of November, including two in Syracuse, two in Rochester and one each in Fairport, Lyons, Geneva, Fulton, Elmira and Saranac Lake. Tops had said the closings will shore up its finances so the company could invest in improving the shopping experience of its stores and better compete in today’s fast-changing grocery market. The retailer identified the locations to close through a review of its store portfolio.

Tops currently operates 159 supermarkets in New York, northern Pennsylvania and Vermont. It also has five franchisees under the Tops banner.

“Through this process, we have accomplished several key objectives, including significantly reducing our debt, creating a viable cost structure and efficiently optimizing our store portfolio,” Curci stated Thursday. “Importantly, we provided an opportunity for employment to every associate who was interested and impacted by store closings at other nearby stores. Our restructuring will create an even more exceptional shopping experience for our customers and assure that we will continue to serve our communities like no one else can.”

Tops has been owned by three separate groups. In 2007, Netherlands-based Royal Ahold sold the chain to Morgan Stanley Private Equity for $310 million. Then in 2013, Tops' management acquired the retailer in a buyout of Morgan Stanley’s stake in the business.