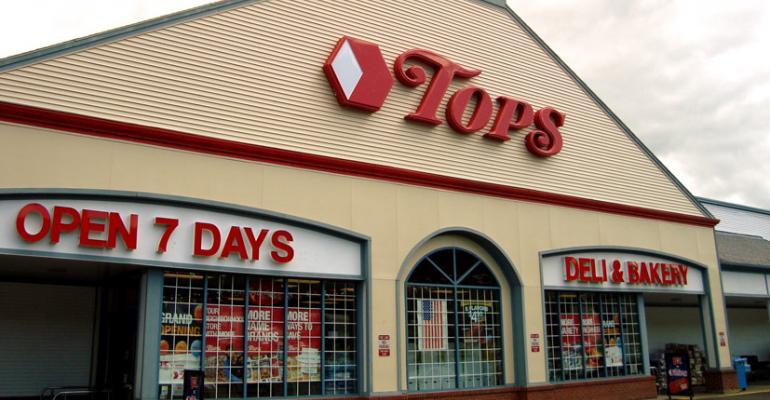 Tops Markets LLC plans to close 10 underperforming stores as part of a financial restructuring to emerge from Chapter 11 bankruptcy protection.

The Williamsville, N.Y.-based company said Thursday that the stores are slated to be shut by the end of November. All are located in upstate New York, including two in Syracuse, two in Rochester and one each in Fairport, Lyons, Geneva, Fulton, Elmira and Saranac Lake.

Also, on Thursday, Tops said it has gained court approval of its final agreement with the United Food and Commercial Workers Union (UFCW).

“We are making significant progress in our financial restructuring process, and our operating results have remained strong. Receiving court approval of the global settlement with the UFCW is a major milestone in our court-supervised restructuring process, as it helps pave the way for our reorganization and ultimate emergence from this process,” Tops Chief Executive Officer Frank Curci said in a statement.

In May, Tops got the green light from the U.S. Bankruptcy Court for the Southern District of New York to close stores under its restructuring plan. The retailer, though, hadn’t specified the number or locations of stores it aimed to shutter. Tops filed for Chapter 11 protection in February.

Tops said the closings will bolster its financial footing so it can invest in improving the shopping experience of its stores and better compete in today’s fast-changing grocery market. The company identified the 10 locations to close through a review of its store portfolio, according to Curci.

“The vast majority of our stores are profitable, and we are seeing strong customer support continue to drive growth in these locations. That said, there are a few stores that are not performing to our standards due to a number of factors, including location, store size, lack of visibility and lease costs,” he explained. “We are using the tools available to us through the court-supervised process to conduct an orderly wind-down of these stores.”

The affected stores are open and continuing to serve customers. After those stores close, their customers will be served by nearby Tops locations, the retailer said.

Currently, Tops operates 169 stores and has five franchisees under its banner in upstate New York, northern Pennsylvania and western Vermont.

Tops said fewer than 600 of its 14,000 employees work at the stores earmarked for closure, which account for less than 4% of the supermarket chain’s total sales.

“We have many openings across our chain of stores and, to the extent possible, we will work with impacted associates to find them placement at nearby store locations,” Curci stated.

Tops added that it plans to file a motion with the U.S. Bankruptcy Court to obtain authority to assume the leases of continuing stores and to reject leases and conduct closings at the 10 affected locations. Other than the 10 stores named, all other stores are expected to remain open, the company said.