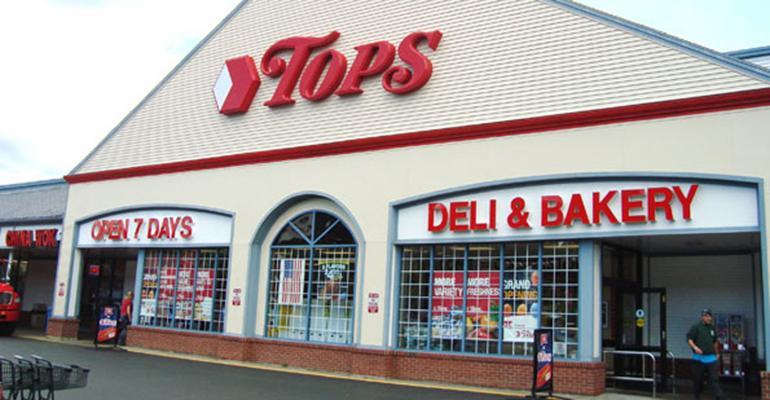 Tops Friendly Markets is seeking the court's permission to close underperforming stores, according to documents filed last week in U.S. Bankruptcy Court. The supermarket chain has not said how many stores it plans to close or where they are located.

"No decisions have been made about potential store closings," said Tops spokeswoman Kathy Romanowski.

However, according to the documents filed last week, Tops is requesting "to close any stores that they determine, in their business judgment, should be closed in order to preserve liquidity and maximize the value of their respective estates." Tops has asked the court to hold a hearing about the matter on May 10, according to a report in The Buffalo News.

The supermarket chain filed for Chapter 11 bankruptcy in February.

In the new documents, filed April 18, Tops asks for permission to sell, transfer or abandon inventory and other assets. If approved, locations that would shut down would have closing sales for the store's products. Closing supermarket locations "will maximize value to all stakeholders," the documents said.

Tops said "the vast majority" of its 174 stores "are already sustainable profit centers, showing strong sales numbers" and offering the potential to generate strong cash flow in the coming years. But some stores have "consistently underperformed," the company said.

Almost one in eight Tops store are a drain on the company’s cash flow, according to previous documents filed with the Bankruptcy Court. Burt Flickinger, managing director of Strategic Resource Group in New York, told The Buffalo News that could mean as many as 18 to 24 “underperforming” stores out of a total of 174.

By closing some of its stores, Tops said it will improve its finances by eliminating stores that are a drain on its cash flow. "The remaining stores will constitute a leaner enterprise, offering greater strategic value and potential for sustainable growth," the company said.

Meanwhile, The Buffalo News reported yesterday that Tops wants to pay up to $3.6 million in bonuses to its five highest-ranking executives, including CEO Frank Curci, if the company exceeds its financial targets as it restructures its business in bankruptcy.

According to the report, the company also is proposing a separate bonus plan – with up to $3.5 million in payments – that would go to 115 key employees as part of a plan designed to both reward them for bettering Tops' financial situation and give them an incentive to stay at Tops and not seek new jobs elsewhere as the chain moves through the bankruptcy process. That plan would offer bonus payments of $10,000 to $100,000 apiece to the 115 Tops employees.

The union that represents most of Tops' 14,000 workers said it will "vigorously object" to the bonus plan, which will be discussed during the court hearing on May 10.