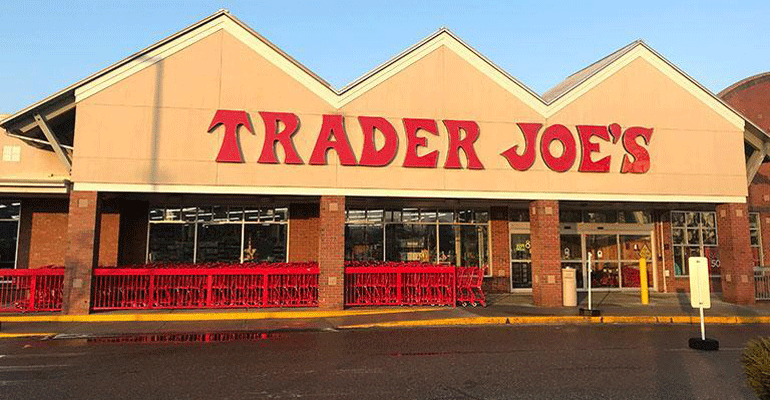 Monrovia, Calif.-based Trader Joe’s announced over the weekend that Coulombe died on Friday, Feb. 28, in Pasadena, Calif. — the city where the first Trader Joe’s Market opened more than 50 years ago. The chain now has more than 500 stores in 42 states and the District of Columbia and annual sales of over $14 billion.

"Joe was the perfect person at the right time for Trader Joe’s. He was a brilliant thinker with a mesmerizing personality that simply galvanized all with whom he worked,” Trader Joe’s CEO Dan Bane said in a statement. “He was not only our founder; he was our first spokesperson. He starred in captivating radio ads for years, always signing off with his unique, ‘Thanks for listening.’ Joe developed a cadre of leaders that carried on his vision and helped shape Trader Joe’s in the early years.”

Coulombe opened the first Trader Joe’s in Pasadena in 1967, evolving the 7,500-square-foot store from a Pronto Market, a convenience chain he started in 1955. Then in 1972, he launched the retailer’s first private-label grocery product — granola — in what would become a company hallmark.

Today, Trader Joe’s is known for its small, easy-to-shop stores with a curated selection of high-quality, better-for-you, private-brand food, beverage and grocery items and a robust assortment of fresh produce, including a wide selection of organic fare plus cut and meal-ready vegetables and fruit. The chain also offers its own beer and wine and a smart selection of nonfood items. Its stores, too, are renowned for their tropical theme, colorful displays, sampling stations, and casual work environment and culture.

“Joe was an extraordinarily smart and accomplished entrepreneur who built a company that introduced something welcomingly different in the grocery retail space,” Trader Joe’s stated in announcing his passing. “Notably thrifty and insightful, Joe went against conventional industry norms at the time, moving away from national brands and introducing Trader Joe’s private label in 1972.”

German grocer Aldi Nord acquired Trader Joe’s in 1979. Coulombe stepped down in 1988 and was succeeded as CEO by John Shields, who expanded the chain beyond California and grew its U.S. presence. Bane took the reins as chairman and CEO in 2001 and has since grown Trader Joe’s into a full national retailer.

“Joe's curiosity, philanthropic generosity and irreverent sense of humor were woven into the fabric of the culture that defines Trader Joe's stores,” the company said. “Joe retired in 1988, but that culture carried on and is evident in Trader Joe's stores today.”

Coulombe was named to the Supermarket News Hall of Fame in 2010. In an interview with SN, he discussed how Trader Joe’s successfully carved out a unique niche without having to cater to the bigger mass market.

“Everyone from underpaid musicians to out-of-work PhDs could come to Trader Joe's and find elements of the lifestyle they aspired to for not too much money,” Coulombe, then 80, told SN. “They wouldn't find branded items, but the merchandise was always of the highest quality and priced within the reality of a schoolteacher’s salary that offered glimpses into a much more affluent lifestyle.”

At the time, Coulombe also acknowledged that Trader Joe’s has stayed true to its roots as the retailer has evolved. “My successors at Trader Joe's have taken a 30-store chain nationwide with remarkable adherence to the basic concepts we started out with,” he said.