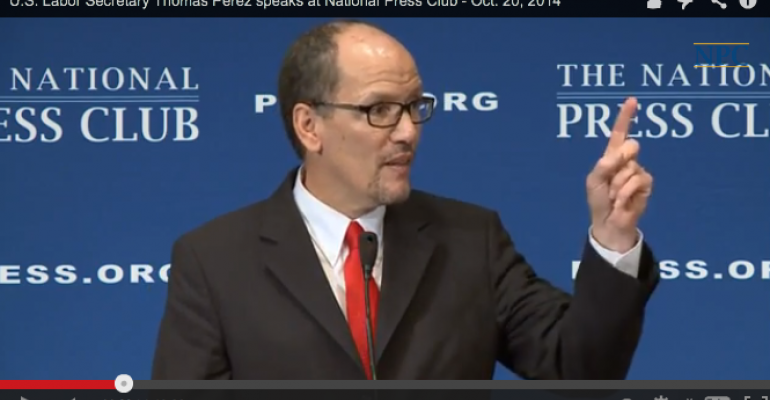 In a speech at the National Press Club in Washington, Perez praised employees of the chain for their resolve during a wildcat strike that began when the chain’s board of directors fired the popular president Arthur T. Demoulas. After a six-week walkout, Demoulas was reinstated and employees returned to work. “They wanted to work for somebody who didn’t treat them like just another cost of doing business, but as an asset,” Perez said.

Several associates of Market Basket who were involved in organizing the walkout attended the event including district manager Thomas Trainor, who was seated at the head table. The workers also attended a separate roundtable discussion with Perez and other labor leaders, reports said. Perez said Market Basket workers “have done remarkable work and captured the imagination of the nation. They have done a service and demonstrated that you can do good and do well.”