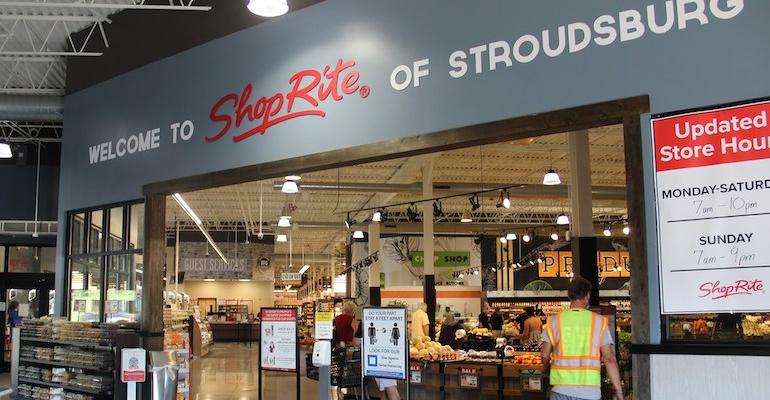 Village Super Market closes out fiscal 2020 on up note

For the quarter ended July 25, sales totaled $501.5 million, up 19.9% from $418.4 billion a year earlier, Springfield, N.J.-based Village Super Market said yesterday. The retailer attributed the gain to a 7.5% uptick in same-store sales plus the addition of five Fairway Market stores in May, the opening of a replacement ShopRite store in Stroudsburg, Pa., in November, and the acquisition of New York City specialty market Gourmet Garage last June.

“Same-store sales increased due primarily to increased customer demand across most stores as a result of the continued impact of the COVID-19 pandemic,” Village Super Market said in a statement. “Following the outbreak, average basket sizes increased and transaction counts decreased as customers consolidated shopping trips.”

Digital sales skyrocketed 240% year over year in the quarter, including both the ShopRite from Home and third-party online grocery pickup and delivery services.

“Sales in Gourmet Garage and Fairway have declined significantly compared to historical levels, due primarily to population migration out of Manhattan during the pandemic,” the company added.

For the 2020 fiscal year, sales came in at just over $1.8 billion, up 9.8% from $1.64 billion in fiscal 2019. Same-store sales rose 5.3% — spurred by “unprecedented levels” of growuth in March when the COVID outbreak took hold — and digital sales climbed 83% for the full year, Village Super Market said.

On the earnings side, net income grew 37.2% to $9.2 million in the fourth quarter from $6.7 million a year ago. Village Super Market noted that the period reflects gains of $1.9 million (net of tax) from Superstorm Sandy insurance proceeds, $2.5 million from a federal net operating loss carryback and $1.4 million (net of tax) from the breakup of its initial bid for the Fairway stores, as well as $2.2 million in costs related to the Fairway acquisition. Excluding those items, plus a tax benefit from the prior-year period, net earnings fell 6% year over year, the company reported.

Village Super Market added the Fairway Market store banner during the third quarter. In March, the company won an auction for five Fairway stores as part of that chain’s Chapter 11 bankruptcy proceedings. Village Super Market paid $76 million for four of Fairway’s Manhattan stores (Upper East Side, Upper West Side, Chelsea and Kips Bay, plus the parking lot of the Harlem store) and its Pelham Manor store in New York’s Westchester County. Village, too, acquired Fairway’s production and distribution center in the Bronx.