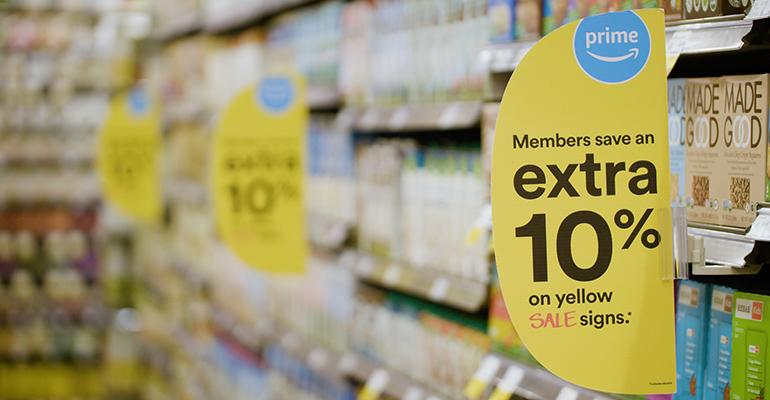 In line with Amazon’s extension of this year’s Prime Day, Whole Foods Market is serving up more exclusive savings and grocery deals for the annual sales event.

Whole Foods said Monday that members of Amazon’s Prime customer benefits program who make an in-store transaction of $10 or more between July 3 and July 16 will get a $10 credit to their Amazon account that can be used to spend on Amazon.com during Prime Day. The same offer also extends to those making a Whole Foods purchase of $10 or more via the Prime Now grocery delivery and pickup service.

Amazon announced late last month that Prime Day 2019 will span two days, kicking off at midnight Pacific Time on Monday, July 15, and running until the end of Tuesday, July 16 — a total of 48 hours versus 36 hours in 2018. 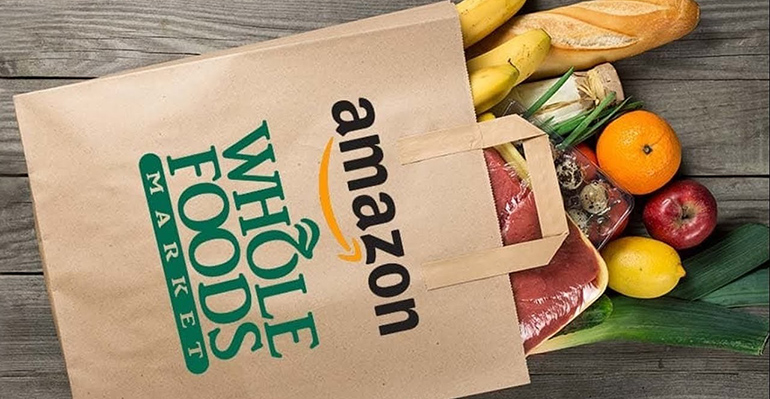 The $10 Prime Day credit, available for use on July 15 and 16, is automatically applied to customers’ Amazon accounts. In stores, shoppers scan their Prime Code in the Whole Foods or Amazon app or provide their linked phone number at checkout to receive the $10 credit.

“To celebrate our Prime members in an even bigger way this year, we will add an additional week of amazing exclusive deals on peak-of-season produce and high-quality grocery favorites, on top of our hugely popular spend $10, get $10 offer,” Whole Foods CEO and co-founder John Mackey said in a statement. “Prime members can save more than ever before on summertime favorites they love and the Whole Foods Market quality they trust.”

Austin, Texas-based Whole Foods said it will feature deals on a range of seasonal items — such as fresh produce and meat, snacks and ice cream — for Prime members from July 10 to 16.

In produce, offers will include organic red cherries for $3.99/lb. (a $3-per-pound savings), a 1 lb. container of organic strawberries at two for $5, organic yellow peaches and nectarines at $2.49/lb. and an 18-oz. container of organic blueberries for $3.99. Meat deals will include organic air-chilled, no-antibiotic whole chicken for $2.19/lb.; wild-caught sockeye salmon fillets at $9.99/lb.; and animal welfare-rated St. Louis ribs for $3.99/lb.

Center-store offers will include 40% off RXBAR bars and nut butters and Orgain organic, plant-based protein powders; 50% off self-serve Mochi ice cream; and Ben & Jerry’s and Talenti pints at two for $6. Prime members also will find deals on health and beauty care items, such as Alaffia beauty and body care products at 40% off, as well as on general merchandise, including a reusable water bottles for 30% off as part of a hydration sale. 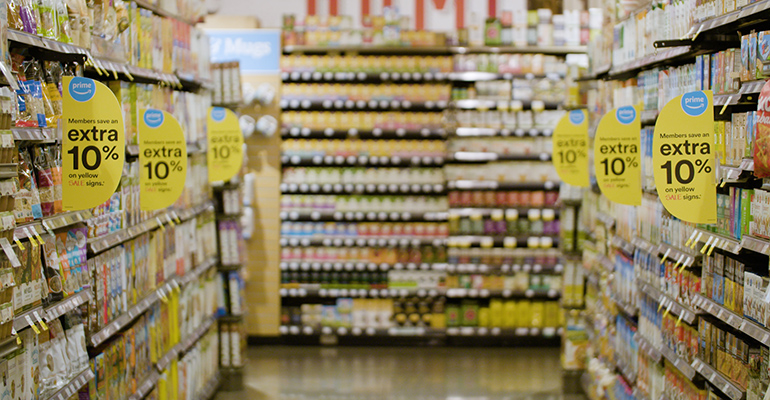 “Prime members have already saved over $250 million in exclusive deals shopping at Whole Foods Market, and now we’re offering even more savings in celebration of Prime Day this year, adding three times the number of Prime Member deals to this year’s celebration,” said Stephenie Landry, vice president at Amazon Retail. “Prime Day is designed to offer something for every member, so whether you’re shopping on Amazon, in-store at Whole Foods Market or on Prime Now, our goal is to delight customers and offer the best deals on the season’s most popular items.”

This year, 76% of U.S. Prime members plan to shop Amazon during Prime Day, up from 63% in 2018, according to a survey of 1,000 consumers by Profitero. In its 2019 Prime Day Predictions report, the e-commerce analytics specialist said 62% of U.S. consumers think Prime Day deals provide good value, and 56% plan to spend more this year. Nearly one in four of U.S. respondents (24%) plan to make a grocery purchase on Amazon, while 47% said they plan to by health and beauty products.

Amazon didn’t disclose dollar sales for Prime Day 2018 but described it as the biggest shopping period in its history, with Prime members worldwide buying more than 100 million products.

Prime member savings and benefits became available at all Whole Foods U.S. stores in late June 2018, and this year marks the supermarket chain’s second Prime Day participation. Prime Now grocery delivery from Whole Foods is currently offered in 88 U.S. markets, while pickup is available in 30 metropolitan areas. Seattle-based Amazon, which acquired Whole Foods in August 2017, has steadily rolled out Prime Now since launching it at Whole Foods stores in February 2018.