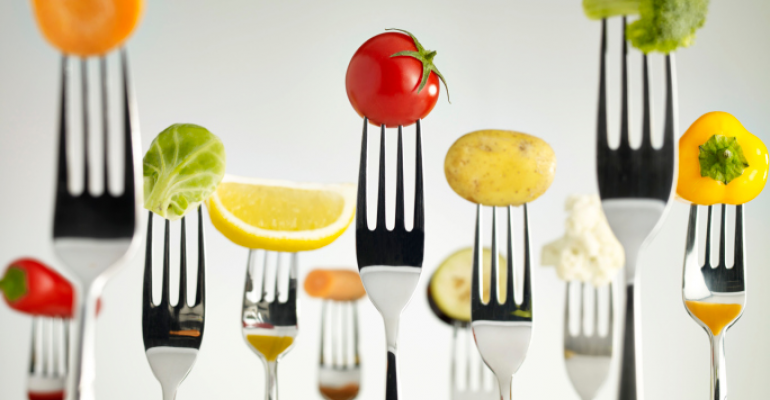 WASHINGTON — Consumers continue to express a strong desire for more healthful diets, but concede they remain hampered by cost and a lack of motivation, according to an annual study tracking the shopping habits of U.S. consumers.

The finding was among the highlights of the 21st annual “Shopping for Health” report, conducted by the Food Marketing Institute and Prevention magazine. Some 62% of the nearly 1,500 shoppers polled said healthy food items cost too much, while 60% stated current difficulties prevent them from making positive dietary changes.

Officials said the results should provide supermarkets with plenty of incentive to deepen their own commitment to wellness-related products and services.

“A lot of it has to do with the store stepping up and really helping shoppers understand what to do with the healthier foods in their kitchen, how to prepare them and how they don’t have to be expensive,” said Cathy Polley, FMI’s vice president of health and wellness. “That will go a long way in addressing the cost area.”

While such efforts may not have resolved concerns over cost and convenience, the report found that such initiatives are reducing the levels of confusion that consumers face in distinguishing between healthy and less healthy foods. Just 47% now cite “too much conflicting information about which foods are healthy and which are not” as a barrier to healthy eating, down from 62% in 2007.

“The information they’re getting from the Internet, from magazines, and family and friends is being rounded out by their trip to the grocery store,” Polley said.

Researchers determined that shoppers have different ways of eating healthier. The top strategy is simple avoidance, with 62% of shoppers say they avoid junk food. Cooking healthy foods is another choice that received majority agreement, with 54% reporting that they make such an effort in the kitchen. In addition, 42% said they are eating out less.

“It seems shoppers feel it’s easier to ‘not’ do something — like not eat too many potato chips — than to actually do something, such as such as eat a balanced meal with lots of vegetables,” noted Peter Smith, manager of consumer insights for Rodale.

The 2013 report also uncovered telling misperceptions about weight. Researchers found that, while adults somewhat correctly gauge their own weight, they displayed less accuracy with their children’s weight. Of those surveyed, only 10% with children ages 6 to 18 believed any of them to be overweight. According to the National Center for Health Statistics, Centers for Disease Control and Prevention, 33% of those ages 6 to 19 are actually overweight or obese.

“Parents possibly don’t want to be seen as the culprit behind their children’s weight issues — even though how parents are feeding their kids is not helping,” said Smith.

Indeed, statistics revealed that a little more than one-third of parents “always buy” nutritious foods for their kids; the vast majority of them buy whatever food their children like (91%) regardless of health, and just as many only sometimes buy food for their children that is nutritious (88%).

A key finding was the growing preference for foods labeled local over those that are certified organic. The study found that the number of shoppers purchasing certified organic products remained relatively steady over the past year, at 45%. In contrast, 72% of them reported purchasing locally grown foods, up 9% since 2010.

“I think consumers perceive better that local comes from within their community and that there’s less of a price barrier than there can be with organic,” Polley said.

Organic also faces product parity problems. The research found that 34% of those polled do not purchase organic because “it’s not much different from the regular version of the food,” up 5% from 2011’s query. Of those who do buy organic, the top reason was that products are grown and raised without chemicals.

Almost all categories in the supermarket experienced some shifts in sales as a result of consumers purchasing healthier versions over the past year. Leading the list is yogurt — some 34% of shoppers switched to better-for-you varieties (primarily Greek and probiotic yogurts), up 9%; crackers (22% of shoppers, up 7%); salty snacks (17%, up 6%); and carbonated soft drinks (20%, up 5%).