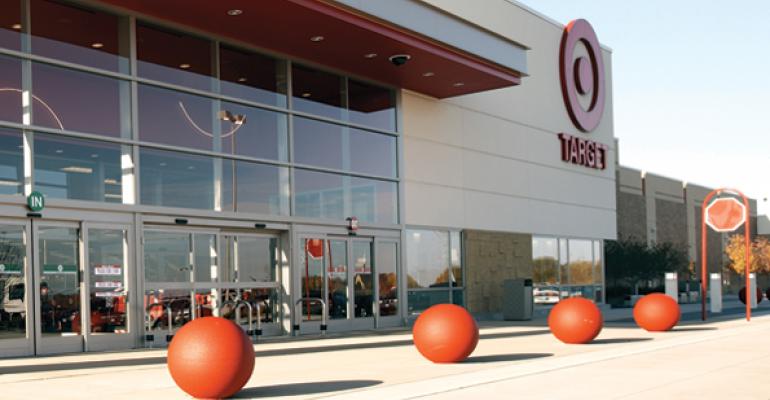 On the other hand, Sobeys, Stellarton, Nova Scotia, has been rapidly deploying a CO2 system, not yet used in the U.S., that is proving to be financially viable in addition to being environmentally friendly.

Minneapolis-based Target Corp. has experienced an increase in energy use, capital investment and maintenance costs associated with CO2 systems it has tested in two markets compared to a traditional DX (direct expansion) system using R-404A refrigerant, said Paul Anderson, engineering group manager for Target, during a session last month at the Food Marketing Institute’s Energy & Store Development Conference here. However, the test systems had no effect on uptime — which determines a store’s ability to merchandise product — and demonstrated a much lower carbon impact. 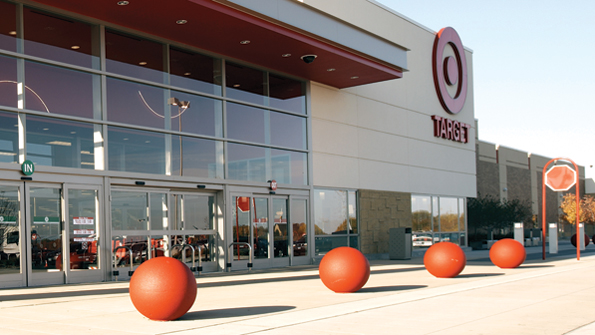 “We continue making improvements with each [CO2] system and believe that advancing CO2 technologies in supermarket refrigeration systems is absolutely vital,” Anderson said. “But in order to make this happen, the industry must work together. We need to develop and deliver solutions that reduce the barriers that exist today. We cannot sacrifice energy efficiency improvements.”

Retailers are exploring refrigeration systems that incorporate CO2 and other “natural” refrigerants such as ammonia in order to reduce the amount of synthetic refrigerants they use, or eliminate them altogether. The latter include R-22, an ozone-depleting gas that is being phased out by the Environmental Protection Agency, and refrigerants such as R-404A, an HFC (hydrofluorocarbon) gas that leaves the ozone layer untouched but contributes significantly to global warming. R-404A, for example has a Global Warming Potential (GWP) of 3,922, compared to a GWP of 1 for CO2; thus, a leak of 1 pound of R-404A would have the same warming effect in the atmosphere as a leak of 3,922 pounds of CO2.

While retailers are being forced to look at alternatives to R-22, they are not expected to replace R-404A or other HFC refrigerants at this time. However, that could change — the Montreal Protocol international agreement on ozone-depleting gases could expand to include HFCs, for example — and the prospect of government regulation of HFC is one reason why systems that use natural refrigerants, which would effectively be immune from regulation, are being considered.

Carbon dioxide systems have other advantages as well. The gas costs between $1 and $2 per pound, compared to $8 to $10 per pound for HFCs, noted Abtar Singh, chief executive officer, Singh360, Maple Grove, Minn., who also spoke at the CO2 session with Anderson. He pointed out that the chemical properties of CO2 mean than “much less CO2 [than R-404A] is needed to get the same cooling effect.” CO2 is also non-toxic, non-flammable and odorless. He expects the energy and maintenance costs of CO2 systems to come down over time.

On the other hand, CO2, particularly when it is the only refrigerant used, sometimes operates at relatively high pressures, though that is generally not considered a major drawback by many industry sources. As a result, CO2 refrigeration systems are somewhat more complex than traditional systems.

Carbon dioxide refrigeration systems usually come in three varieties: One uses CO2 as a “secondary” refrigerant that does the cooling work in the store; another is the “cascade” system in which CO2 has its own compressors; and the third is the “transcritical” system that employs only CO2 — the other two still rely on some amount of a “primary” refrigerant, normally an HFC gas. In the U.S., about 75 CO2 systems — either secondary or cascade — have been installed, while in Canada, Sobeys has deployed 34 transcritical systems, which are more efficient in cooler climates.

“There’s a growing interest in CO2-based refrigeration systems in North America,” said Singh, adding that in Europe, more than 1,500 transcritical and cascade systems have already been installed.

Over the past few years, Target has remodeled more than 1,100 stores, greatly expanding its grocery and fresh food selection — and thus its need for refrigeration systems — in what is called the PFresh format. In a 2-year-old store in St. Paul, Minn., the chain has been testing a CO2 secondary system that uses CO2 to cool frozen cases and glycol to chill dairy and meat cases; R-404 is the primary refrigerant. In a year-old store in San Clemente, Calif., Target has been testing a cascade system that employs CO2 for low-temperature cases, glycol for medium-temperature cases as well as R-134A. In June Target opened a store in Conyers, Ga., with a cascade system, and this month plans to open a “small, urban-format store” in Los Angeles that will have a cascade system.

In comparing the total cost of ownership of the test-store systems with that of a conventional DX system, Target looked at energy usage, capital investment in equipment and installation, uptime, maintenance and carbon impact. The St. Paul store’s secondary system, for example, consumed 24% more energy, cost 18% more for equipment and 21% more for installation and was equal in uptime; but its carbon impact, factoring in both the direct impact of refrigerant leaks and the indirect impact of electricity consumption, was 40% less.

The San Clemente store, which runs a cascade system, has used 10% more energy, cost 35% more for equipment, 18% more for installation and was equal in uptime. But its carbon impact was 65% less.

The maintenance and repair for the systems in both stores have been greater than for a traditional system. “We have had more work orders for the CO2 systems initially but over time maintenance and repair will be equal,” said Anderson. “But to make it happen we have to pay more attention to detail in the installation and startup.” He also encouraged a “time commitment to fine-tuning the system” as well as having contingency plans for power loss, doing scheduled maintenance, and making sure parts and CO2 are available.

In reporting that Target’s overall carbon emissions were 40% lower for the St. Paul store and 65% lower for the San Clemente store, Anderson also pointed out that the direct annual leaks of refrigerant were 66 metric tons and 32 metric tons of CO2 equivalent, respectively, compared to 174 metric tons for the DX system. He did not indicate the cost savings in refrigerant for the two test stores, but it would likely be less than the premium paid in energy. Thus a low carbon footprint in these stores may not compensate for the current energy cost premium.

Fresh & Easy has installed two cascade refrigeration systems, one in Rosemead, Calif., in 2010 and one in Folsom, Calif., in 2011. The Rosemead store, which uses CO2 to cool low- and medium-temperature cases in conjunction with R-134A, also employed an emergency system with a small generator that could cool the CO2 and prevent losses of the gas during power outages. “That’s a lifesaver because they lose power in that area,” said Thomas Hutchison, chief executive officer, Enreps, Phoenix, who spoke at the session on behalf of Fresh & Easy. “That helped on the maintenance side.”

According to Hutchison, the Rosemead store consumed 9.4% more energy than a conventional DX system while incurring 27% more in maintenance costs; its equipment and installation costs were 50% and 35% higher, respectively. But its carbon emissions were 41% less.

The Folsom store’s system, which uses CO2 only for low-temperature cases, was designed to minimize the amount of R-404, which represents only 10% of the refrigerant used. That system experienced a 30% higher energy consumption during its first four months compared to a DX system; it also required higher initial and installation costs, by 50% and 25% respectively.

Fresh & Easy is designing a cascade system for a store in Sacramento, Calif., that will use only natural refrigerants — about 30 pounds of ammonia as a primary refrigerant along with CO2 for low- and medium-temperature cases. An ammonia/CO2 system has already been installed in an Albertsons store in Carpinteria, Calif., and the Defense Commissary Agency (DeCA), Fort Lee, Va., is preparing to install an ammonia system at the Lackland base in San Antonio.

Hutchison noted that new refrigeration systems require training for technicians to remove the “fear of the unknown.” He expects technicians to become more comfortable with the systems and for maintenance costs to drop over time.

One factor impacting adoption of transcritical systems in the U.S. is the existence of two commercial standards — UL 1995 from Underwriters Laboratories and ASHRAE 15 from the American Society of Heating, Refrigerating and Air-Conditioning — that currently limit the use of transcritical technology. However, both groups are in the process of updating their standards based on recommendations from CANENA, a council that works on harmonizing electro-technical standards in the Americas. “These standards are going to change regarding the technologies allowed in the U.S.,” said Jim Knudsen, global segment leader, food retail and foodservice, Heatcraft Worldwide Refrigeration, Stone Mountain, Ga., at another conference session at the FMI Energy & Store Development Conference.

In their current configuration, transcritical systems are generally regarded as most applicable to colder temperatures, where they are at peak efficiency. As temperatures approach 87 degrees Fahrenheit (called the critical point), the systems operate under higher pressures, reaching 1,055 pounds per square inch and above, which require stainless steel piping. Thus the retailer that has been most aggressive in deploying transcritical systems is Sobeys in Canada where average annual temperatures are lower. (See “Refrigeration Systems: Chillin’ With Carbon Dioxide,” SN, April 9, 2012.) 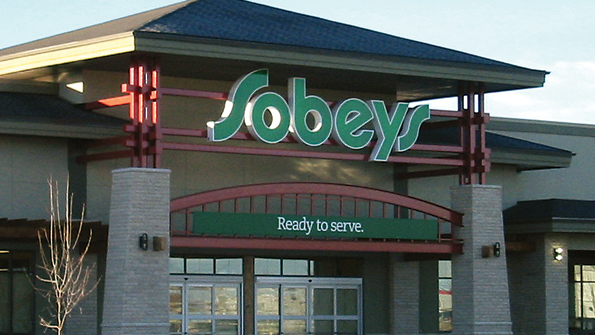 Sobeys, with about 1,333 stores (including 618 corporate units), currently has transcritical CO2 systems in 31 stores in Quebec and three in Western Canada. At least 22 additional systems have been approved for deployment in 2013, said Rod Peterson, national procurement manager for Sobeys, who also spoke at the conference session. Moreover, the company has made the transcritical system “a national standard” for the chain, he said, calling it a good option for replacement of existing systems. “We believe transcritical is where the future lies.”

Sobeys also sees the transcritical system providing a hedge against changes in Canada’s regulatory stance toward refrigerants. “We don’t want to be forced to make changes,” Peterson said. “We’re making changes today at a speed we’re comfortable with.”

Before moving to transcritical systems, Sobeys tested secondary loop and cascade CO2 systems, and, like Target and Fresh & Easy, found them to be more expensive than conventional DX systems in equipment cost, maintenance and energy usage. By contrast, the company regards the transcritical system as “financially viable,” with a good return on investment, Peterson said.

The only aspect of the transcritical system seen as more expensive than a conventional system is initial cost, which, with a heat reclaim system and back-up generator, is 7% to 10% higher. Other costs were lower, including installation (by 10% to 30%), energy (15% to 18%) and maintenance (by 50% in Quebec). Heat reclaim reduced the cost of heating a store by 75% to 85%. Peterson also pointed out that by eliminating high-GWP refrigerant, the transcritical system saves a store between $5,000 and $10,000 per year in direct carbon-emission costs.