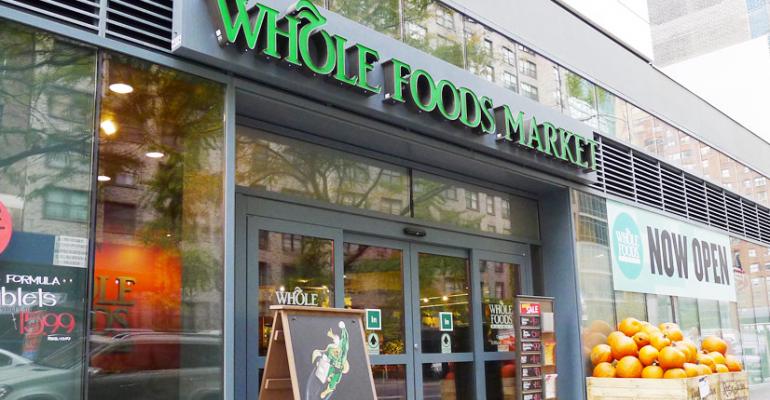 AUSTIN, Texas — Whole Foods Market here is piloting a new technology platform designed to enable it to look at refrigerants as assets that can be managed to impact profitability, rather than as consumables that need to be continually replenished.

The Refrigerant Asset System from San Francisco-based EOS Climate is a software-as-service technology that tracks refrigerants through their life cycles. According to the company, the platform helps businesses to invest in the conservation and maintenance of their refrigerants, and to monetize them when they have reached the end of their useful life.

Whole Foods declined to comment to SN on the pilot, but Mike Ellinger, global refrigeration and maintenance coordinator for Whole Foods, was quoted on GreenBiz.com as saying that refrigeration systems are “no different than your car.”

“It’s just a mechanical piece of equipment and at almost any point in time you can have a failure which could result in a leak,” he was quoted as saying.

Traditionally Whole Foods has either paid to destroy used refrigerants, or to warehouse them, Ellinger said in a separate interview with the San Francisco Business Times.

“There’s a lot of money associated with it,” he said.

Whole Foods is testing the technology in a limited number of stores in the Denver area, a spokesman for EOS Climate told SN.

“Refrigerants have long been viewed as a compliance and financial burden for business,” said Matt Jones, chief executive officer, EOS Climate. “Our new system is a fundamental shift in approach, treating the hundreds of millions of dollars that businesses like supermarkets have tied up in refrigerants as a valuable commodity. And, because businesses protect assets and don’t allow them to vanish into thin air, the environment benefits as well. It really is a win-win for everyone. “

Refrigerants are thought to be significant contributors to climate change.

In October the Environmental Investigation Agency released a report that was highly critical of U.S. supermarket chains’ efforts to curb the emission of hydrofluorocarbons, which are widely used in refrigeration and air conditioning.

The report, which it called the “Dirty Dozen,” said U.S. retailers have fallen behind the efforts of supermarket companies in Japan, Europe and Canada to phase out HFCs. For example, the report noted that Stellarton, Nova Scotia-based Sobeys has installed HFC-free refrigeration in 36 stores, which is more than all U.S. retailers combined.

The report said HFC emissions from supermarket refrigeration equipment and the associated loss of energy efficiency can account for almost 50% of a supermarket’s total greenhouse gas emissions.