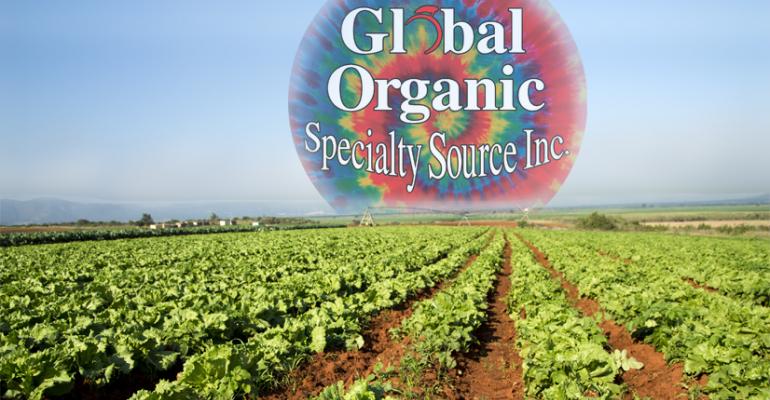 Moving into a new distribution facility in Sarasota, Fla., last year gave a Global Organic Specialty Source a fresh opportunity to enhance its efforts around sustainability and energy conservation.

The organic produce distributor, which delivers to supermarkets and other food retailers across several states in the Southeast, is the winner of the 2013 SN Sustainability Excellence Award in the wholesaler category.

The company has long prided itself on having 0% food waste and undertaking other environmentally friendly initiatives, but the move to the new facility allowed it to reduce its carbon footprint even more. 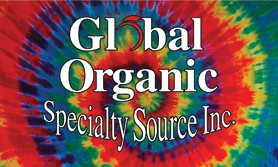 “A lot of the practices we are doing at the new facility were things we were already doing as a company, but we were kind of retrofitting them into an old facility, and there’s only so far you can go,” said Ronni Blumenthal, who heads up Global Organic’s sustainability efforts as vice president of administration for the company. “It was great to be able to move into this new facility and put some of those things in place.”

Although the facility was not eligible for the U.S. Green Building Council’s Leadership in Energy and Environmental Design (LEED) certification because it was converted from what previously had been freezer space to refrigerated and office space, Global Organic was still able to implement some energy-efficient systems, Blumenthal explained.

Among them were the installation of motion-activated lighting in rest rooms and meeting rooms, a more tightly controlled, ammonia-based refrigeration system, dividers between the four different temperature zones, and improved seals around dock doors to help maintain temperature control during loading.

• Temperatures are logged daily so any potential change in the refrigeration system can be addressed within a maximum of 24 hours.

• In addition to the motion-sensor lights, other lighting enhancements include the installation of more efficient fluorescent lighting systems overall, and maximum use of natural light, with cooling shades.

• The company also now uses mostly compostable palm-fiber trays for packing produce, and recycles the cornerboards on all of its pallets for re-use on shipping pallets. It also has eliminated plastic from the Community Supported Agriculture (CSA) boxes it distributes to customers — it ships about 900 a week — and recycles the ice packs used in shipping those.

• It is also committed to using non-toxic cleaning products, and has taken some steps to reduce waste in the employee break room by installing a dishwasher and using flatware instead of disposable plastic utensils.

In addition, the new, 85,000-square-foot facility is closer to the highway than the company’s previous location, reducing truck miles on the road.

“We had a call from one of our truck leasing companies that we had been tanking up with, asking why we weren’t using as much gas,” Blumenthal recalled. “We said it was nothing personal, but we are just using less because we are closer to the highway — that’s part of the reason we moved.”

In addition, some of the company’s fleet of 17 trucks have special devices to save energy in the refrigerated trailers when idling. Global Organic also keeps some trucks parked across the state and runs feeder trucks back and forth to cut down on some mileage.

Recycling has also been a significant part of the company’s initiatives throughout its 14-year history, Blumenthal explained.

“We were committed to zero food waste from the very beginning, by giving away produce to the employees, donating to the local food bank, and composting anything that was trimmed or not able to go to those other areas,” she explained.

Whatever excess produce is not taken by employees is donated to two area food banks — the Manatee County Food Bank and Sarasota’s All Faiths Food Bank, and remaining items are taken to the owner’s farm and used as compost in his own organic operation.

The company has also encouraged employees to be conscious about the office waste they generate, and it received some more advice about recycling and waste reduction when it applied for and joined the Sarasota County Green Business Partnership program. Membership is awarded based on a company’s efforts around recycling and energy conservation.

Representatives from that group visited Global Organic’s site and made some recommendations that have further helped the company improve its waste reductions.

For example, while the company previously had placed plastic bags in every garbage can at everyone’s desk, now everyone has one small bin for paper waste, and shares a large bin at the back of the office for non-paper waste.

“Everyone just has to get up and walk there,” Blumenthal explained.

Outside the building, Global Organic installed drought-friendly, native-plant landscaping to minimize water needs and established a no-pesticide zone. It also planted trees that are expected to eventually provide cooling shade at the entrance to the building.

Also, when Global Organic moved into the new facility, it didn’t buy any new furniture — it “up-cycled” everything.

She said when retail customers tour the facility, they often appreciate the steps the company is taking.

“The fact that we have no food waste is probably the most poignant for people, because it is such a big issue,” Blumenthal said. “Unfortunately we have no shortage of people who need food.”