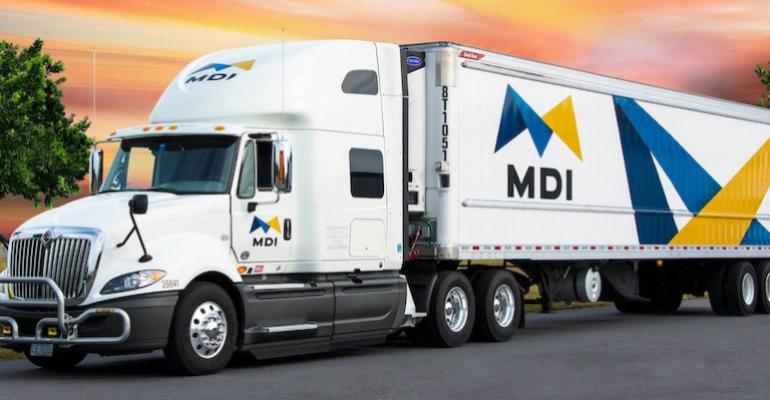 Atlanta-based Dematic said Wednesday that the implementation will boost throughput for MDI’s planned renovation and expansion of its primary operations center in Hickory, N.C. The 200,000-square-foot expansion of MDI’s ambient-temperature facility, and resulting increased capacity, also will result in a net gain of 111 jobs.

MDI’s strong growth has created a need for more space. The grocery distributor has added 33% more stores as customers and seen its sales surge by 45% over the past five years, according to Dematic.

“We are excited to continue to grow in Hickory, where we were founded nearly 90 years ago,” MDI Chairman and CEO Brian George said in a statement. “The quality of life and the business support from North Carolina and our local community makes the Hickory area an ideal location to continue to grow our business.”

When installation is completed, Dematic’s solution will enable MDI to palletize 165,000 cases per day — up from the current 125,000 case — and provide the capacity for 200,000 cases per day to accommodate future growth, Dematic reported. The company said the pallets also will be more densely packed and shelf-ready for faster stocking at stores, resulting in a more efficient work environment.

Dematic’s system (see rendering above) will enable MDI to palletize 165,000 cases per day — up from the current 125,000 cases, and provide capacity for future volume growth.

“Our partnership with MDI hits the sweet spot for us,” commented Michael Larsson, executive vice president at Dematic Americas. “The solution will generate growth, improve service and empower employees. These are exactly the goals we have when making a proposal, and we will be thrilled to deliver on them for MDI.”

Alex Lee has enlarged its business and extended its geographic reach in the past couple of years. In September 2019, the company unveiled the acquisition of grocery wholesaler and retailer W. Lee Flowers & Co., which supplies stores in the Carolinas and Georgia. That same month, San Francisco Bay Area online grocer Farmstead and Alex Lee announced a partnership to open “microhubs” in the Carolinas to fulfill online grocery orders, with Alex Lee serving as the primary supplier for the e-commerce facilities. And in September 2020, Alex Lee agreed to buy 20 Bi-Lo stores — to be converted to the KJ’s Market IGA and Lowes Foods banners — in South Carolina and Georgia from Southeastern Grocers.