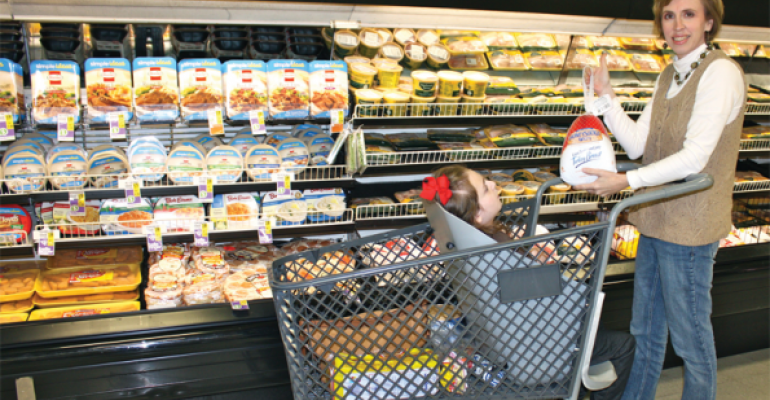 The cart was designed and initially marketed by Drew Long, a mother of three, including Caroline --  the inspiration for the cart — who suffers from Rett’s Syndrome,  a nervous system disorder. Introduced last fall, Caroline’s Cart is now available at food retailers in at least 17 states, including stores operated by Kroger, Hy-Vee, Giant Eagle, United Supermarkets and Reasor’s.

Technibilt, a member of the Wanzl Group, a producer of grocery carts, reached an agreement with Long in April to make and market the cart; the company will officially launch the cart at an event on July 18 at its headquarters here.

Caroline’s Cart received the 2013 Da Vinci Award for Transportation and Mobility and will be the first product emblazoned with Easter Seals’ lily logo.