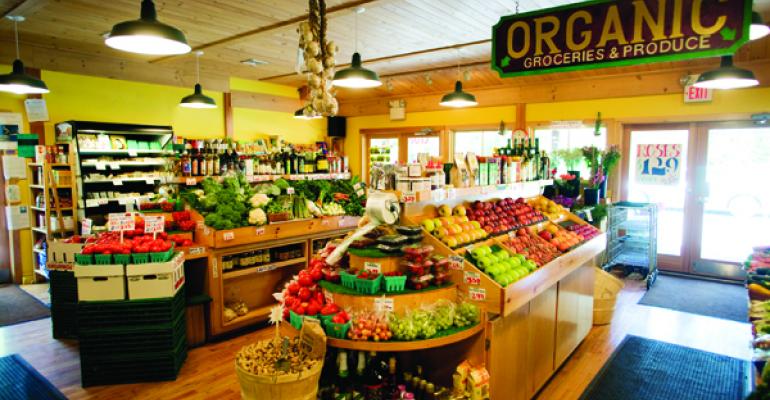 Sales growth in organic produce has become as reliable as the sun rising over the fields each morning. And last year was no different, according to the latest figures from the Organic Trade Association, which showed a 13% sales increase in 2012.

Yet reports point to numerous hurdles that retailers and suppliers must overcome if they hope to maintain this robust growth.

“The decision to purchase organic is wrapped up in an overarching desire to support sustainability, but there’s still a lot of confusion about what sustainability really means,” said Dawn Gray, a produce industry veteran and president of Dawn Gray Global Consulting.

The growth trend appears to be continuing this year, too. According to the latest FreshFacts on Retail, a quarterly report from the United Fresh Foundation, dollar sales of organic fruit increased 24.4% for the first quarter while organic vegetable sales were up 14.9%.

Ninety-seven percent of organic buyers say they’ve purchased organic produce within the past six months, according to Barbara Haumann, spokeswoman for the Organic Trade Association. That trend proves an unparalleled loyalty amongst the already converted. But Haumann said organic produce is oftentimes the first stop for consumers who are new to organic. They’re driven, she said, by health and environmental concerns, and retailers are making the switch easier for them through an increased focus on merchandising and competitive pricing.

“Consumers have become very knowledgeable in justifying their reasons for choosing organic,” said Haumann. “They not only want to avoid pesticides, they also understand the effects that inputs like synthetic fertilizers have on the land.”

And yet, most shoppers overlook such efforts and are skeptical of the benefits organic claims to offer. A recent Harris poll found that only 23% of consumers know what the Dirty Dozen campaign means in regards to organic food. The poll also found that 59% of consumers believe organic labeling is just an excuse for companies to charge more, and that only three out of 10 people say they’re willing to pay more for eco-friendly products.

Proving the value of organic can be difficult for supermarket operators, who typically see themselves as merchandisers rather than advocates or educators. But according to sources, it’s important for retailers to take the lead in telling their customers about the organic label and what it’s trying to accomplish. Laurie Hartman, CEO of The Hartman Group, Bellevue, Wash., said shoppers are looking to retailers as “docents in the product selection process.”

Whole Foods Market’s website offers a primer about organic standards, noting that stores source organic produce whenever possible because the company believes it’s better for the environment. Retailers like Market of Choice, Eugene, Ore., meanwhile, are offering discounts on organic produce. A recent “web special” included organic Fuji apples for $1.49 per pound and organic fall squash for 99 cents per pound.

“Depending on the product, there may be no price gap,” Haumann said.

Growing sales, then, will be a matter of continuing to enhance the value of organic produce while also making it an attractive alternative, sources said. According to Gray, something as simple as using colorful stickers to point out organic fruits and vegetables can go a long way.

“Easy identification for the consumer is ultimately key to driving success in the category,” she said. “Big signage and bright yellow stickers come to mind.”