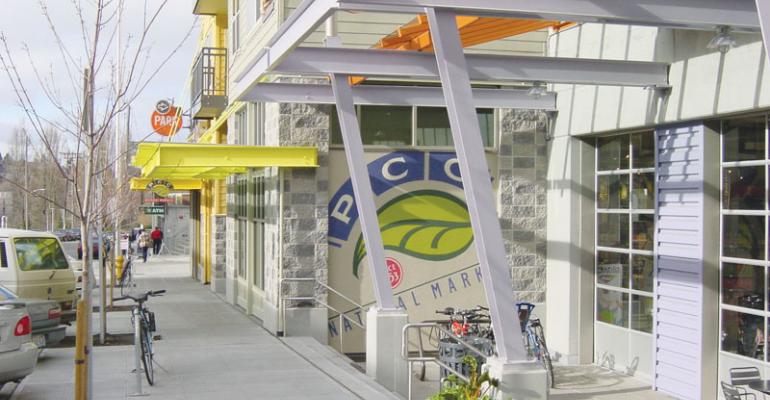 &ldquo;We&rsquo;ve grown a lot over the last five years. And as PCC opens more stores, we&rsquo;ll be able to increase production. That will take some adjusting because we make everything from scratch, but we&rsquo;ve planned for that.&rdquo; &mdash; Cortney Bowers-McCoy, bakery manager, PCC&#39;s Edmonds store

SEATTLE — It’s no secret that Seattleites take their food very seriously. The city has long been at the forefront of touting sustainable, organic and local food production in the United States. PCC Natural Markets, a 60-year-old natural food retail cooperative with more than 50,000 members and nine stores throughout the Puget Sound region, has grown over the years, owing in large part to a loyal base of educated consumers with a passion for good food.

“We got our start as a bulk food-buying club,” said Diana Chapman, director of sustainability. “Today we are a full-service grocery retailer of natural and organic products, with an emphasis on fresh and local items.”

“We tend to attract customers who are passionate about knowing every detail about their food, where it came from, and how to prepare and enjoy it.”

PCC’s dedication to sustainability is evident in all of the chain’s operations from its focus on organic product and product traceability; to its energy-efficient heating and lighting systems; to its water conservation, waste management and composting efforts.

PCC’s efforts extend into bakery, where seasonality and sustainability factor into nearly every aspect of production. All house-made bakery items contain only organic flour and cane sugar, as well as cage-free eggs and natural coloring. Organic, locally sourced produce — including blueberries, zucchini and carrots — is used in the bakery’s rotating stable of seasonal pies, cupcakes and cakes. PCC mixes and forms cookies with equipment formerly used by a longtime PCC vendor. The retailer composts residual cookie dough and cake trimmings, and distributes stales to a veritable network of food banks. All product packaging is either recyclable or compostable.

PCC began producing scratch bakery items more than 25 years ago, when it opened its first deli department. Initially, each location produced its own baked products, which became increasingly difficult in the close quarters of the deli production. So when the ninth location opened in suburban Edmonds in 2008 — a 25,000-square-foot, LEED platinum certified store — longtime PCC baker Cortney Bowers-McCoy was brought on as bakery manager of the Edmonds store. The store, which opened with a commissary for bakery and deli production, almost immediately began taking on bakery production for the other locations.

“We’ve grown a lot over the last five years,” said Bowers-McCoy. “And as PCC opens more stores, we’ll be able to increase production. That will take some adjusting because we make everything from scratch, but we’ve planned for that.”

By spring 2009, Edmonds had absorbed production for all PCC’s bakery departments. Two years later, PCC completed a significant expansion of the facility to accommodate growing demand for bakery products as well as production for the two new Seattle stores that are currently being built.

Demand for PCC baked goods varies somewhat based on store location. In the more suburban Edmonds and Issaquah stores, whole cakes as well as four- and six-packs of cupcakes and muffins do well among the more family-oriented clientele. In the smaller-format, urban stores like Fremont, many customers are shopping either just for themselves or for smaller families, so that store sells more single-slice cakes and individually portioned  pastries.

Regardless of the location, the most popular bakery products remain fairly consistent company-wide. Cookies, for instance, are year-round best sellers, averaging 24,000 sold per week in all nine stores. Of the 12 to 15 daily varieties that include vegan options, the most popular is the classic chocolate chip.

About 10,000 muffins are sold each week at PCC, with blueberry and zucchini topping the category. Proving the cupcake trend is still alive and well, PCC bakeries sell about 5,000 cupcakes per week, with the most popular variety being devil’s food with vanilla buttercream.

PCC shoppers are also enthusiastic about cakes by the slice, especially coconut custard and vegan chocolate mousse, and seasonal pies with strawberry rhubarb as the biggest seller. Nut and honey clusters and harvest bars are favorites among regular customers, particularly through spring and summer when hiking season is in full swing.

In addition to various vegetarian and vegan products, PCC produces wheat-free items to satisfy the growing demand for gluten-free desserts. For instance, the bakery has wheat-free cookies available daily. Some cakes and cupcakes can be made wheat-free upon request. PCC also sources gluten-free product from local producers including Flying Apron Bakery and Wheatless in Seattle.

“We do make some flourless products here, but they’re made in the same environment as products made with wheat so we can’t call them gluten-free,” Bowers-McCoy said.

Bakery products are mixed and baked in the Edmonds commissary before getting shipped overnight to the other eight stores, as minimal product is kept in storage at any given time. Dry scone mixes and frozen cookie pucks are made at Edmonds, then shipped to be finished and baked onsite at the other stores.

The Edmonds commissary currently delivers bakery product to the other stores seven days a week, with each store getting four shipments of product, except for Fremont, which requires seven per week.

Consumers in the Pacific Northwest are notoriously health-conscious and quite vocal about their desire for more healthful options, even in the bakery department, so Bowers-McCoy is always looking for new product inspiration.

“R&D is a constant pursuit for my staff,” she said. “We take ideas from a variety of sources and adapt them to our own standards and capabilities.

“I have customers asking for more products sweetened with maple syrup or honey or fruit juice concentrate. So we’re trying to focus on that and more items that still satisfy the sweet tooth but with less sugar. We also have some new granolas and we’re going to introduce a new raw desserts line.”

Any new product introduced in the bakery must undergo rigorous testing to ensure it will survive storage, packaging and shipping.

“Our team considers a new product line and together we decide if it’s a good fit for PCC and our operation.  If we think that it is, we’ll try different variations and a group of us will taste them and determine what we like or don’t like. If we think something is really good, then we do what we call the torture test,” she said with a laugh.

The torture test involves baking a product and then putting it through various stress tests to make sure it maintains the same quality and appearance as just after it was baked. This usually involves refrigerating or freezing it at various stages of production, packaging it for shipping and rolling it around to mimic a bouncy truck ride through Seattle.

Every product requires its own process, Bowers-McCoy noted.

Fruit pies, for example, are never frozen because they degrade after they are thawed. Cupcakes, on the other hand, can be frozen after they’re iced without damaging the product quality.

“We do blind tastings throughout the torture test because we want to make sure that whatever we make tastes the same when it gets to the stores as when we made it.”

PCC will continue its growth over the next year, when it is scheduled to open another store. The retailer will also be moving one of its smaller stores to a larger location in 2015.

As PCC continues to evolve and grow, Bowers-McCoy said the one constant that remains is the solid team of employees, whose passion for the product and PCC’s mission have made turnover in bakery a rarity.

“We have a great team. I often say we couldn’t succeed without great people to work with who are committed to what we do here at PCC,” she said. “Since we opened this facility almost five years ago, bringing into the commissary our bakers from other locations, I haven’t had to hire one baker, which is pretty rare.”